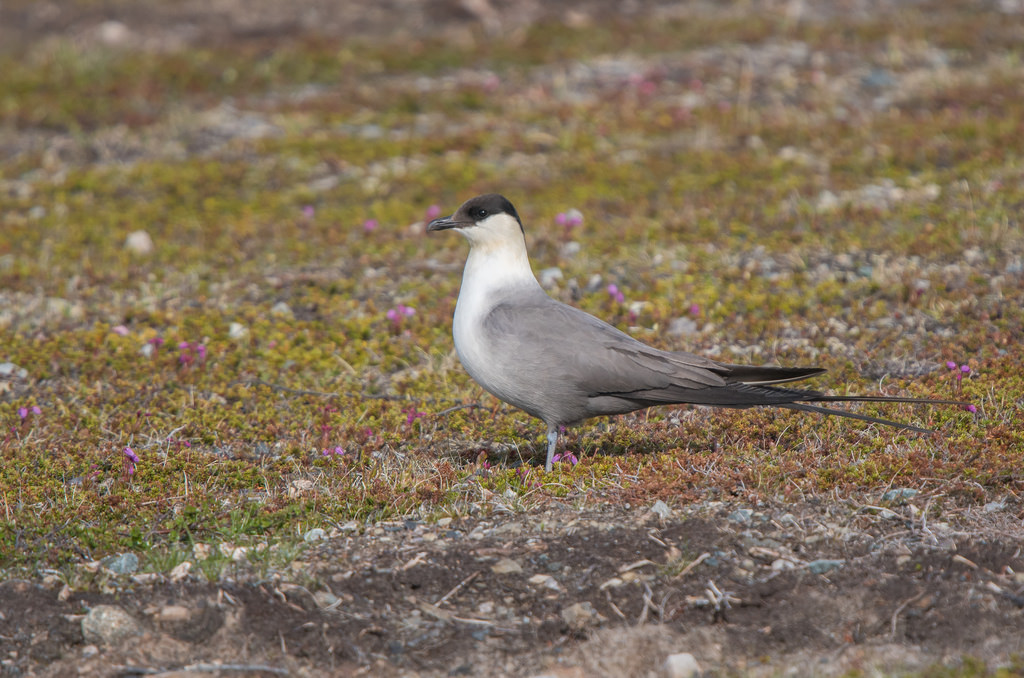 Tim writes: called Long-tailed Jaeger in America, but they are one and the same species.  Long-tailed are the smallest and rarest of the skua family.  They breed on tundra where they feed mainly on lemmings and voles.  But they winter off the continental shelf in the southern hemisphere, mainly off South America and Africa where they hassle other birds to disgorge recently swallowed food.  Most birdwatchers only catch a glimpse of Long-tailed Skuas when they are moving between the northern tundra and the southern oceans.  Unlike the other smaller skuas Long-tailed do not have a dark morph.  You can see the exceedingly long tail streamers on this individual stood on its tundra breeding grounds in Swedish Lapland.

The Skua/Jaeger habit of chasing other seabirds to disgorge food was misinterpreted by early observers.  Frightened seabirds also evacuate their bowels and people once thought that Skuas did this on purpose so that they could eat the faeces.  This is why they were given the family name Stercorarius, which means “pertaining to shit”, and is a name shared by certain beetles that roll balls of animal dung, and by those yellow flies that sit around on cow pats.