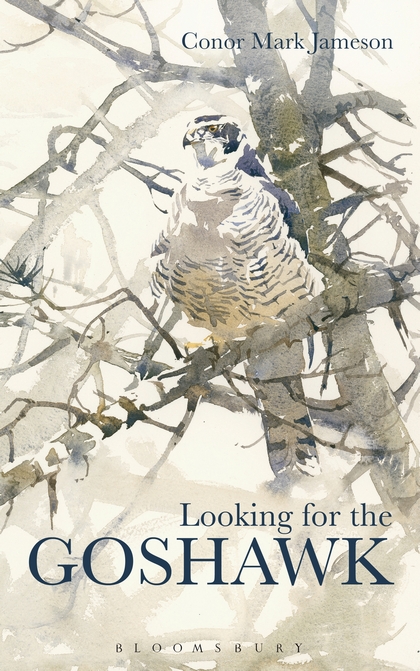 I liked Conor’s previous book, but I like this one even more.  Whereas in Silent Spring Revisited Conor lived through the events described but seemed, to me, to be a little detached from them, this is a book where he describes what he did, and where he went, to get to grips better with a magnificent but elusive bird.

He takes us to Berlin, Cornell, Bedfordshire, the Peak District and many other places on the trail of goshawks and those who admire, watch and protect this bird.  We are accompanied, on parts of the journey, by TH White, William Henry Hudson, William Shakespeare and Winston Churchill, and many other famous and erudite folk, but also by a bunch of Conor’s colleagues at the RSPB (where he works).

I’ve rarely seen a goshawk.  That’s not an unusual experience – or lack of  an experience.  They are not that common, but even where they are present they show themselves with more discretion than do, say, kites or buzzards.  There may be goshawks near you but you may not realise they are there.

Nice cover to – by Darren Woodhead.