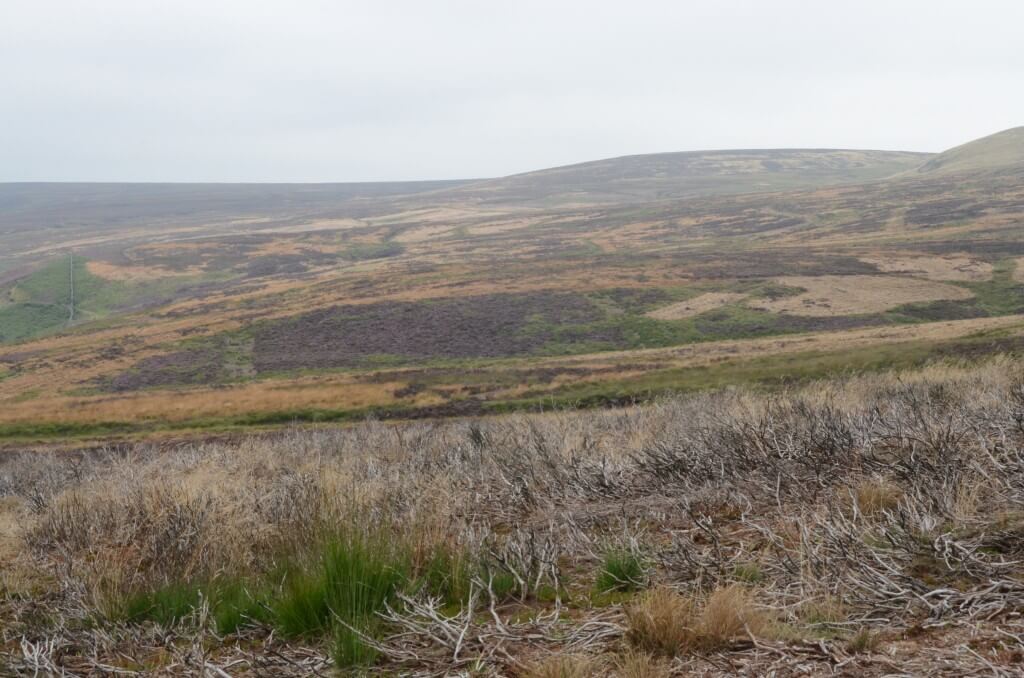 This is the fourth blog today on the subject of burning of blanket bog (see here, here, and here).  These were sparked (!) by the RSPB releasing data on the scale of the issue and calling for an end to the burning of blanket bog.  There has been a little media coverage of this – see here.

But the site, and the legal case, that started all this off was Walshaw Moor.  The RSPB website has a very handy guide to the ‘case’ (overview,  timeline, and the RSPB’s position).  If you download the pdf document entitled ‘Walshaw Moor, South Pennines RSPB complaint to the European Commission – further submission 2014 Summary’ you can have a look at a map of Walshaw Moor itself.  You will see its boundary nestling cosily within the South Pennine Moors SAC.  The yellow areas of moorland, either dark or light yellow, are areas where heather burning has been consented on blanket bogs – a practice which Natural England has come back to believing is damaging.

The RSPB also comments on its website on the dropped prosecution of the Walshaw Moor Estate by Natural England thus: ‘We also criticised the dropping of the prosecution and the resulting failure to take appropriate steps to rectify the damage caused by the alleged offences. The information provided by the UK Government confirms that NE had charged WMEL with a total of 45 offences. The number of alleged offences appears unprecedented in recent times and reinforces the seriousness with which NE had been taking the case. The information obtained by the RSPB from NE has shown there will be no restoration of the majority of damage to protected SAC/SPA habitats caused by infrastructure (drainage, tracks, car parks, ponds, grouse butts). The UK told the Commission that all 30 incidents of artificial drainage will be restored using agri-environment money. But the RSPB could find only 2 of those drains ear-marked for restoration in the HLS drain blocking programme.‘.

The damage caused by drainage, car parks, tracks, ponds and grouse butts on this site will not be restored? Why not?

The 30 incidents of artificial drainage will be restored using your and my taxes – why?

Well, I guess it’s a good thing that Walshaw Moor looks in such good condition – the photo at the head of this post is of Walshaw Moor (I am reliably told, I have not yet visited) in late August 2013 when the heather should have been in full bloom.  not much of a show is it? Instead there are large yellow sick-looking patches of sprayed Molinia grass.

For earlier images of the beauties of Walshaw Moor see here, here and here.