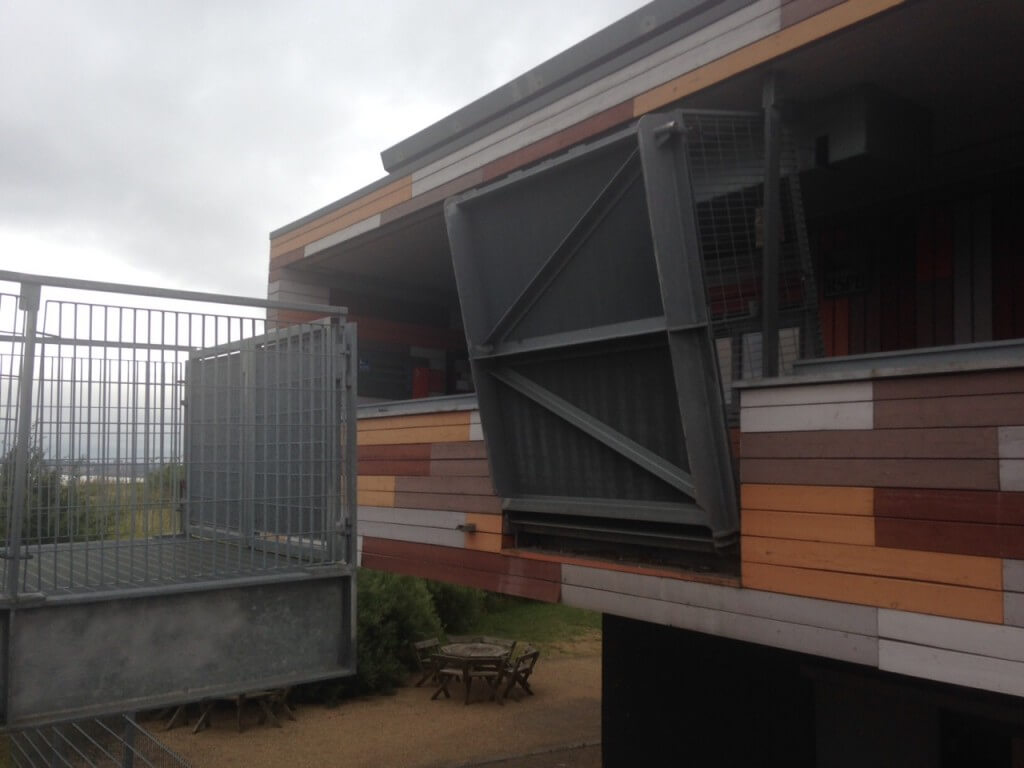 I arrived at Rainham Marshes RSPB nature reserve before the drawbridge came down. It’s an interesting way to protect your building from vandalism.  I was struck by the fact that the first time I went to Rainham Marshes, when RSPB were negotiating its purchase, it seemed to be the preferred dumping ground for burned out cars – it looks pretty gentrified now! 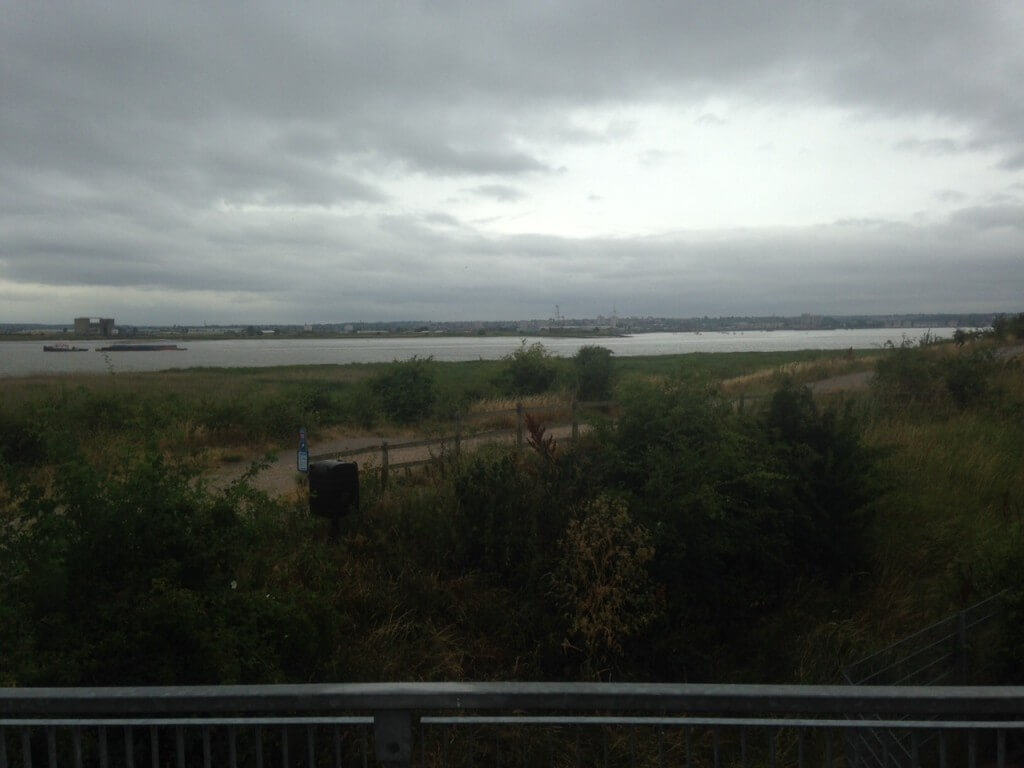 …with Eurostars speeding past, planes constantly overhead and plenty of traffic noise… 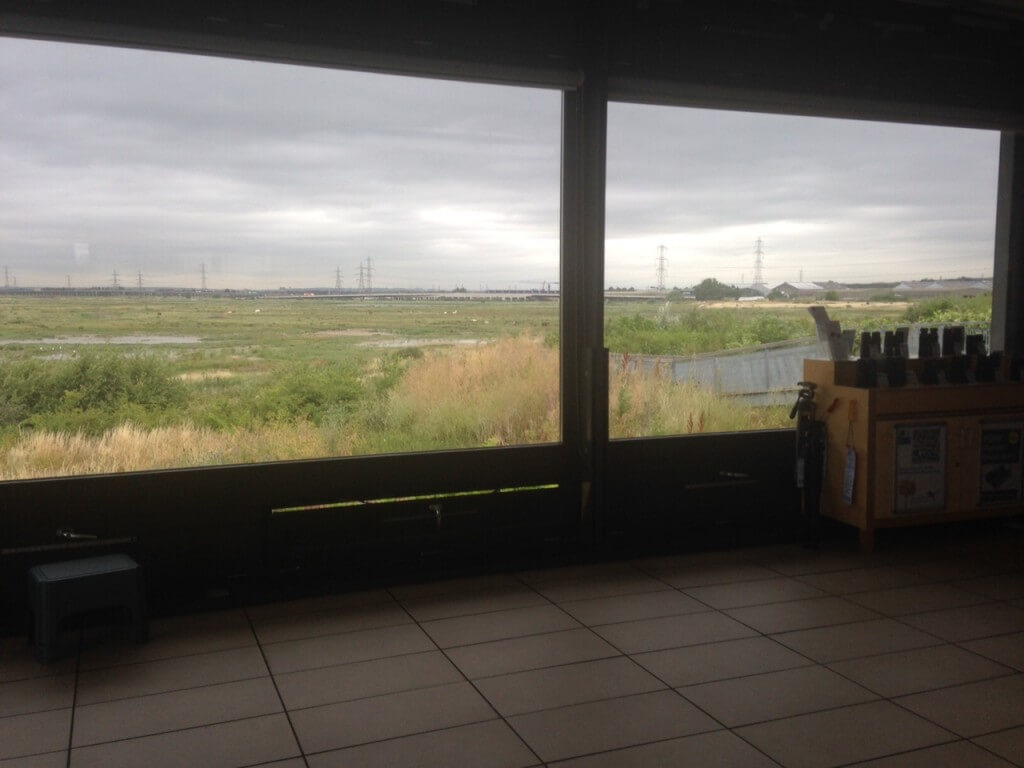 …but even before I left the car park I had heard Lapwings and Redshanks calling away and adding their voices to the Wood Pigeons and Collared Doves.

There were lots of waders which clearly had chicks and many well-grown young Lapwings. It looked like it had been a very successful breeding season again – the fence clearly keeps out foxes as well as vandals.

My companion pointed out a Water Vole at the usual place and we watched it for a while. Further down the path, near the old shooting butts (no, not to be occupied, these were for target practice when the site was owned by the MoD), I heard the characteristic ‘ping!’ of Bearded Tits and we saw several young birds  in the reeds. If you had told me when I was Findlay Wilde’s age that I would see Bearded Tits inside the M25 I would have said, first, ‘What’s the M25?’ because it hadn’t been built, and then, ‘Really? I thought they just lived in nature reserves in East Anglia like Cley and Minsmere’.

A bit further on we watched an adult male Bearded Tit going to and from a nest – he was very busy.  The female wasn’t working anything like as hard.

But it was a female Kingfisher that we saw really well, with a fish in her beak (orange lower mandible gives her gender away).

The Reed Warblers were singing well but the Sedge Warblers had largely shut up  – although as soon as I said that, of course, a Sedge started singing. 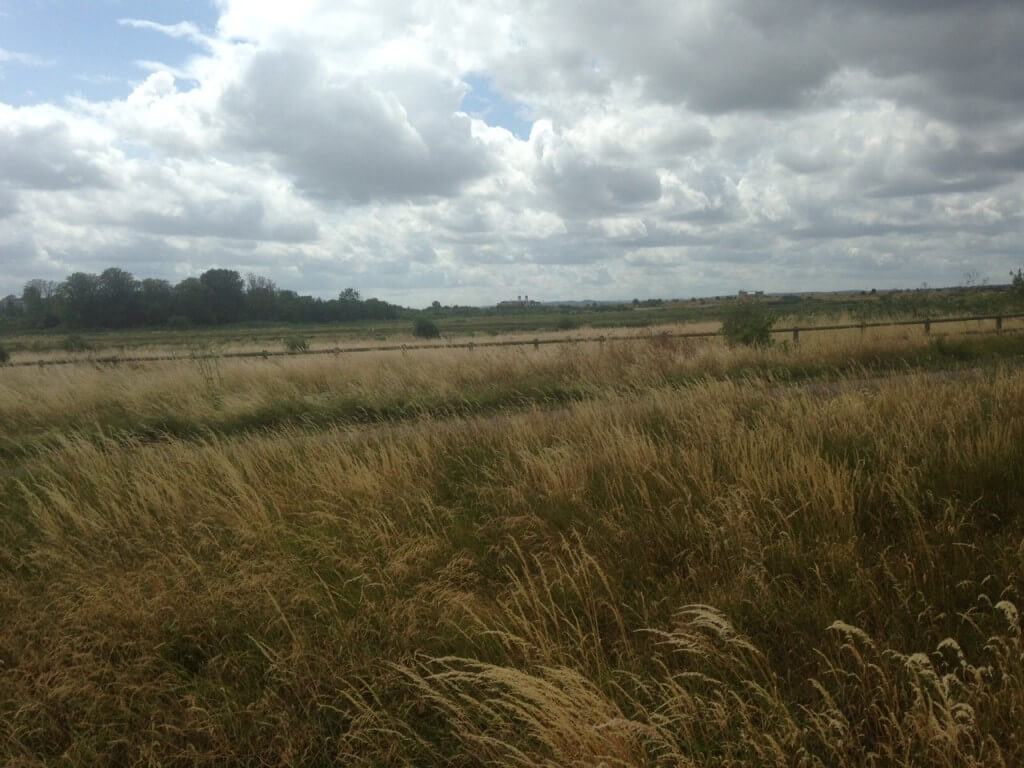 We looked through this grassland for Wasp Spiders but didn’t find any – I bet there were lots. However, lunch was calling so we headed back to the centre.  I recommend the brie and cranberry panini  – the raviola was pretty hot in a chili sort of way, I gather.

We had a smashing time at Rainham. I always do. It is a gem, for real birders, casual birdwatchers, nature lovers and people looking for a good snack as they pass close by on the roads. And all inside the M25!

1 Reply to “Rainham – always worth a visit”