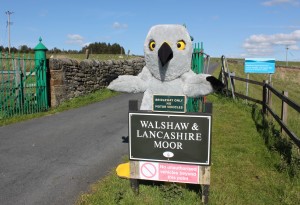 After the usual delay in replying I received what passes for an answer on Friday last week.

The answer was ‘we’re not telling you’ because ‘The information you requested is being withheld as it falls under the exception in regulation 12(5)(a) of the EIRs, which relates to the disclosure of information that would adversely affect international relations.‘ Blimey! The French are going to invade if the British taxpayer is told how awful Defra is at protecting our upland natural heritage? Well, maybe that wouldn’t be such a bad thing under the circumstances.

Defra went on: ‘We recognise that there is a public interest in disclosure of information concerning discussions between the EU Commission and Defra about third party complaints as this could further public understanding of the cases being considered.

On the other hand, there is a strong public interest in withholding the information because its disclosure could undermine our position in discussions with international organisations, including the European Commission particularly as the Pilot Case is ongoing and subject to further comments and requests for submissions by the Commission.‘

Well, it seems a bit pathetic to me. The RSPB complained to the EU on this matter on 15 October 2012 – yes 2012!  We are paying for this farce! Why should Defra carry out its defence of its own actions in secret from the taxpayers who are paying for it?

More on this later.