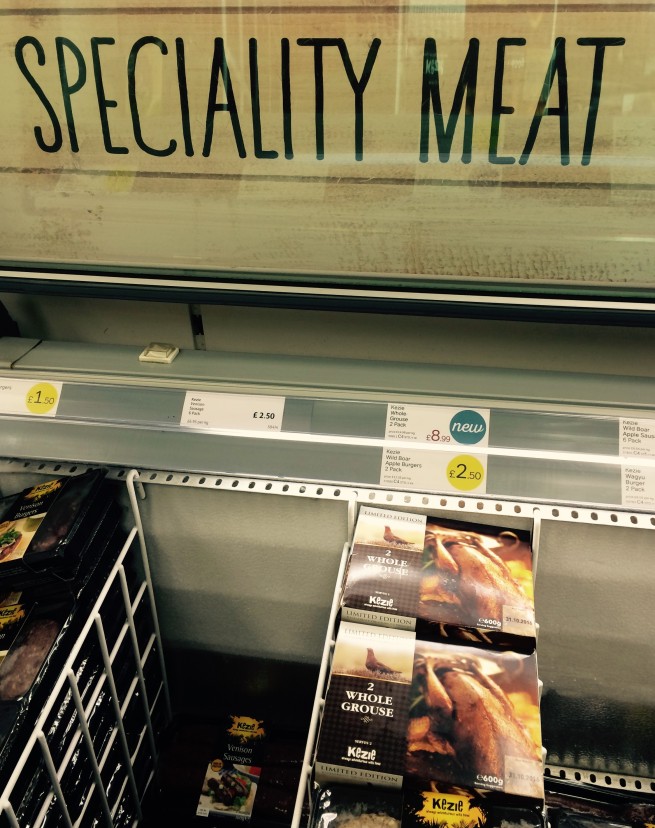 Iceland made a lot of fuss about selling frozen Red Grouse in their stores some time back (see Red grouse get to Iceland, 10 July and Iceland fail to demonstrate their grasp of the subject, 13 July)  thanks to publicity in the Daily Mail (editor Paul Dacre – grouse shooter).

On a recent visit around their stores I found that the grouse meat was being sold off cheap at less than half price. A quick conversation with the staff in a couple of stores confirmed what was blindingly obvious right from the get-go that ‘grice’ might not be the preferred purchase for Iceland’s normal clientele. Their best sellers in the meat department are 4 quarter pounders for £2.

But Iceland did get a mention in the minutes of the Lead Ammunition Group meeting of 13 August suggesting that the information on game on Iceland’s website was not in line with Food Standards Agency guidelines.

The Red Grouse was so cheap in Iceland it looked a bargain. Shall we call these purchases ‘samples’ from now on? Watch this space.

5 Replies to “Buying some samples”