I feel a bit Goring-like when I hear the word ‘partnership’.  I’m all for partnership but only as a ‘means’ and not as an ‘end’.

All too often these days, those in nature conservation talk of partnership as if it’s the only way to get things done but it clearly isn’t.

I’m all for effective partnerships, and I have enjoyed quite a few very effective professional partnerships (both as a scientist and as a nature conservationist), and indeed set up quite a few, but others have been time-consuming, energy-sapping, unproductive and, quite honestly, dispiriting and a complete waste of time. So, as in other aspects of life, one must choose one’s professional partners carefully.

I spoke at a Local Nature Partnership event in Northampton a couple of weeks ago. I spoke a little about localness and nature but I didn’t say much about partnership (largely because I thought everyone else would be banging on about it).  I left them with the ‘means ‘ not ‘ends’ thought and with this example: if I had to choose between more partnership and less nature, or more nature and less partnership, I’d choose more nature every time. 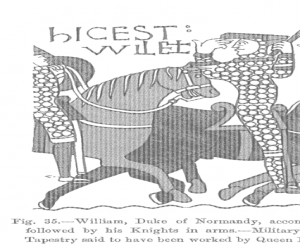 I was reminded of this at the Response for Nature event last week when the minister, Rory Stewart, said that when William I created the Royal Forests they never really captured the public imagination and we must do much better and push for a public conversation about nature. Really? You get to be a minister and your reaction is to have a chat about things? That’s not exactly what fellow ministers George Osborne and Frances Maude did when they arrived in 2010 was it?

I’m not aware that William I was a great environmentalist, in fact he seems a bit of bastard by all accounts, but I notice that the New Forest is still there for us to enjoy. When William nipped over here from Normandy, with a bunch of other robber barons, he realised he had power and he used it (and no doubt abused it).  It’s what people do that is their legacy and that applies, most particularly to ministers. Defra is doing very little right now.