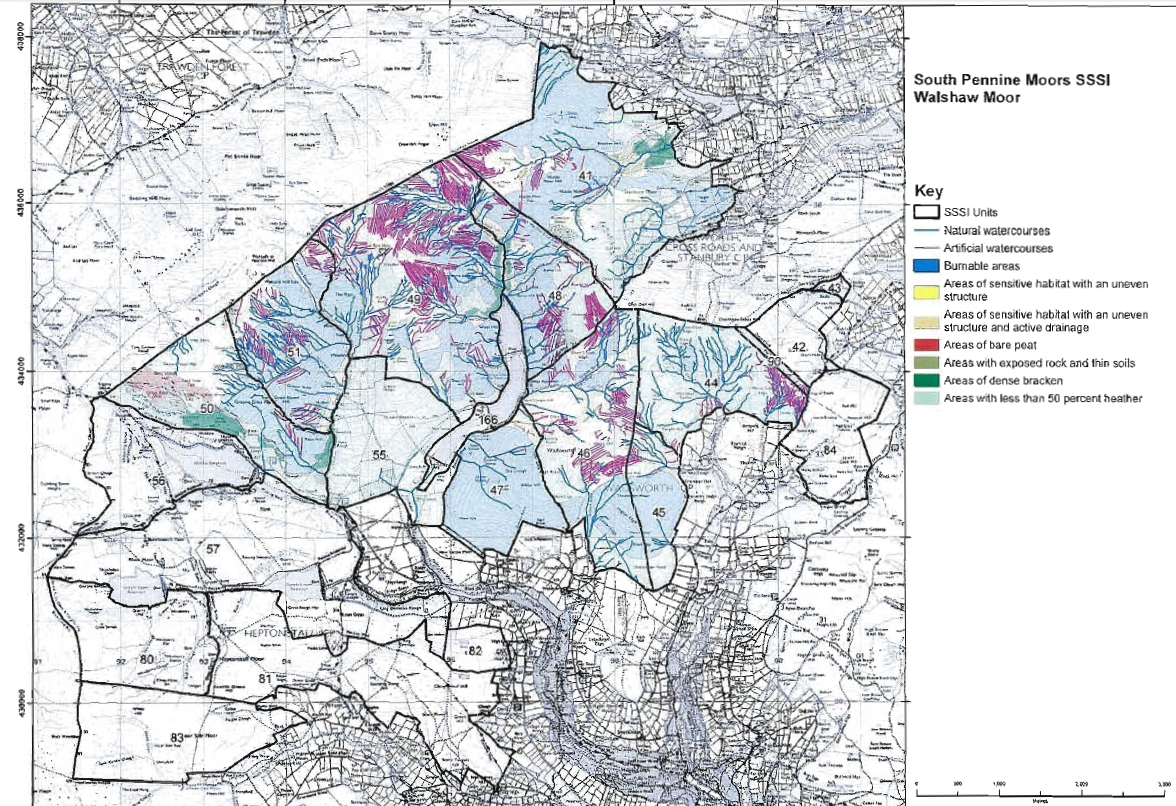 This is a map of Walshaw Moor which was used in the 2012 case against the estate which was mysteriously dropped by Natural England.  You can make out the purple areas, which are made up of lots of purple lines, which the key tells us are artificial watercourses.

Many of these would be known to you and me as drainage ditches and look like this one: 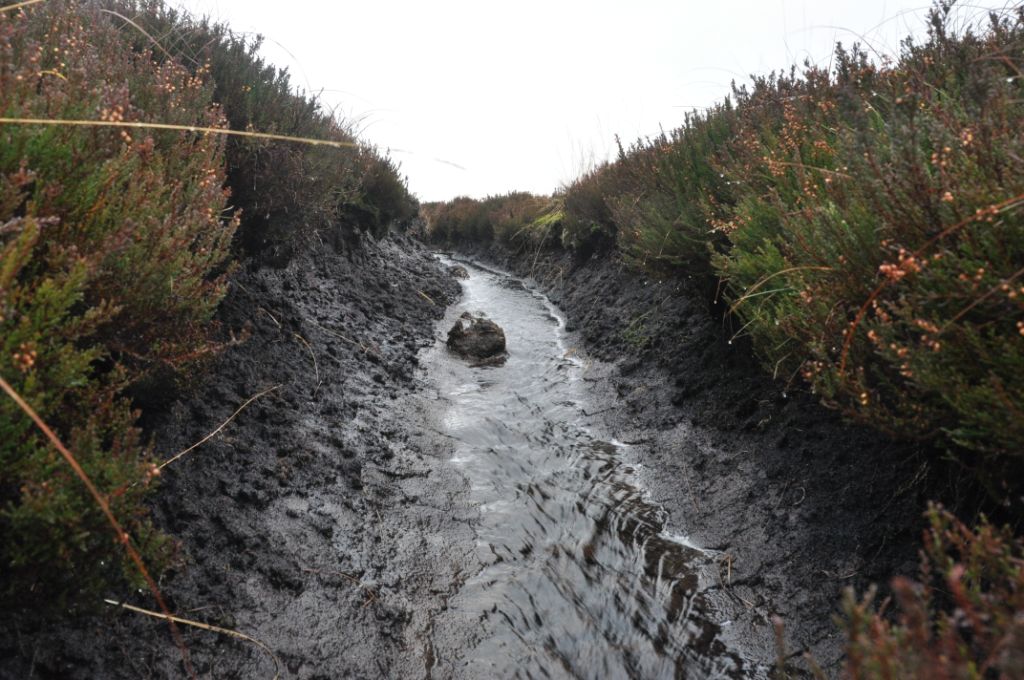 They look pretty good at getting water off hills don’t they? And they need to be so that the heather can grow and the Red Grouse can eat it and Richard Bannister, the owner of Walshaw Moor since 2002 can shoot Red Grouse.

Walshaw Moor mostly drains into the Hebden Beck which runs through Hebden Bridge and into the River Calder just off the bottom of the map above. The Calder Valley constituency of  Craig Whittaker MP now has the highest number of signatures on our e-petition to ban driven grouse shooting, by far.  The Hebden Bridge Ban the Burn campaigners are pretty convinced that the management of the moors above their town has led to the misery and huge economic costs of recent floods.

And they might be right – it’s certainly not out of the question. But we can’t be sure.

But remember (or read about it in Inglorious pp 149-57) that Natural England’s gripe was largely about moor gripping (drainage). Of the 45 offences with which Walshaw Moor Estate was charged, 30 of them related to installing drainage channels. The case collapsed but we know, because I asked Defra through FoI, that some of the alleged damage may never be restored.

According to the Environment Agency the years in which Hebden Bridge has been flooded seriously are: 1946, 2000, 2006, 2007, 2012, 2012 again and 2015. Richard Bannister acquired Walshaw Moor and started the increased drainage, building of tracks and car parks etc which got him into a dispute with Natural England in 2002. So in the 13 years since Walshaw Moor changed hands there have been five Hebden Bridge floods and in the 56 years before there were two such events as best we can tell.  That’s quite a change. Makes you think doesn’t it?

It’s nowhere near proof of anything though, is it. 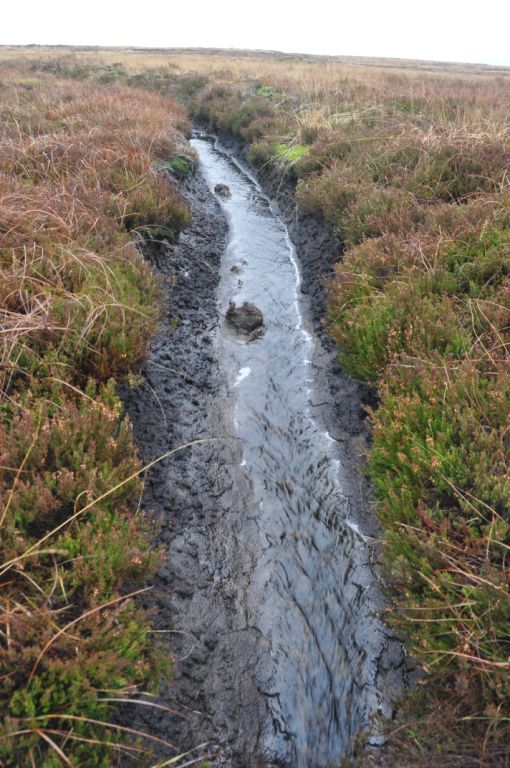