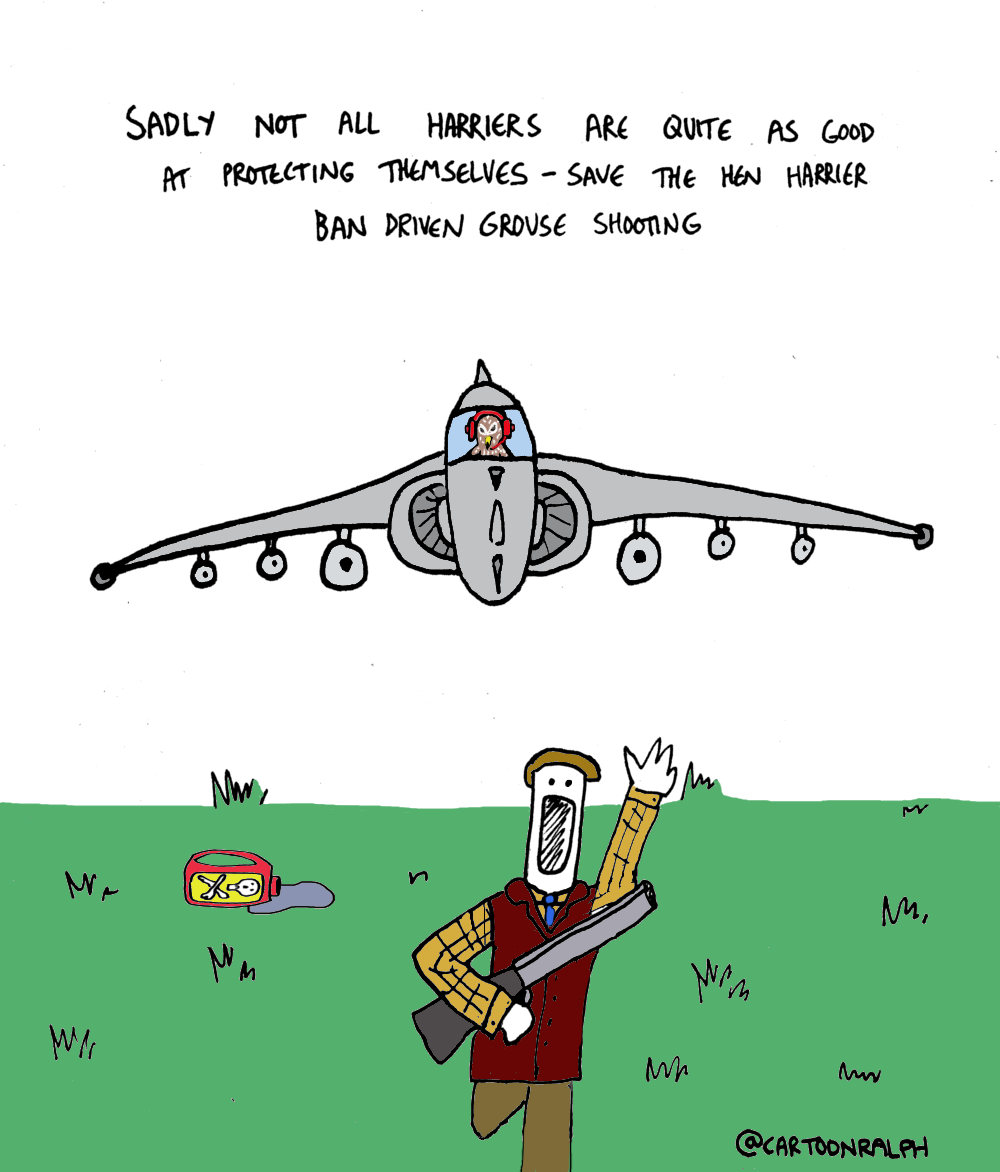 There are just six days left to sign our successful e-petition to ban driven grouse shooting.  Ask your friends on Twitter, Facebook and in real life!

Peregrine Falcons on grouse moors in northern England are either absent from traditional nest sites on grouse moors or, year after year, their nesting attempts are disturbed, eggs removed or destroyed or adults ‘disappear’ during the nesting season. A five-year attempt to improve things in the Peak District,  involving grouse shooting interests, failed completely to restore Peregrines within one of our National Parks. In Scotland, the North East Raptor Study group published a paper showing that although Peregrine Falcons were increasing on the coast they were declining (against the overall trend) on grouse moors. And the preliminary findings of the 2014 National Peregrine Survey showed that although this bird is continuing to recover in numbers in the lowlands and in our cities its numbers are declining in the uplands where the men in tween hold sway.

It’s not just Peregrines: Golden Eagles, Goshawks and Red Kites all too often have short lives on grouse moors.  But the Hen Harrier is the species most affected by driven grouse shooting.

There should be 2600 pairs of Hen Harrier Nesting in the UK but there are just 6-800 pairs.  The difference is almost entirely due to wildlife crime.

In England there should be c330 pairs of nesting Hen Harrier but last year there were just 6 successful nesting attempts.

Defra released a poor Hen Harrier plan on Thursday, we have a better one: ban driven grouse shooting.

Please sign this e-petition to ban driven grouse shooting and save the Hen Harrier.

Or, if you have any ideas on how to arm the harriers as in Ralph’s cartoon, then please let me know.