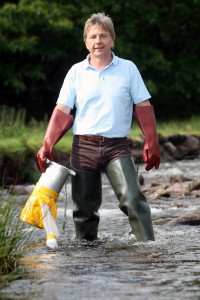 I am grateful to Steve Ormerod for his guest blog of yesterday. It was good of him to respond, as he did – he didn’t have to at all.

As Steve wrote, the RSPB and I share almost completely common ground on the problems as we see them. Maybe we differ here or there, but I’m not sure that we do, and it will almost certainly be over small things that could be ironed out. Where we do disagree, but we disagree as friends, is in what are the best solutions to the problems.

And we do disagree on those things so I’d like to set out why I think the RSPB position is not wrong exactly, but less than perfect, and less fit for purpose than a ban of driven grouse shooting.

But first, let’s get a few minor comments out of the way.

I don’t think anyone, least of all me (and I do mean least of all me), has anything but the greatest respect for the RSPB Investigations team(s). Actually that isn’t quite true – there are quite a few criminals who don’t like them much but maybe even they have respect for them. However, it is the role of advocacy and changes in public policy to put the Investigations team out of work. They are collecting evidence, in 2016, of crimes that have been illegal for 62 years since the 1954 Protection of Birds Act.  We need to use that evidence of crime, and the evidence collected scientifically too by the RSPB, raptor workers and others, to demonstrate the need for change – and we need to identify the types of changes that will work best.

Second, I’m not quite sure that I’d say that RSPB Council has shown steadfast courage when slagged off by YFTB – they are more like innocent victims in a car crash that wasn’t their fault. That’s not exactly brave. Maybe if RSPB Council or staff put their names out there on an e-petition to…well, presumably to introduce licensing, then that might show a little bit of bravery and leadership. How about it Steve – an e-petition to introduce licensing? But then, the RSPB could have got something close to that if, when I visited The Lodge in February, staff had taken the opportunity to work on the wording of a new e-petition with me, but that offer was rejected.

Although the RSPB says it is very keen on licensing of shooting estates it failed to support John Armitage’s e-petition on that very subject which ended only just  over two years ago. And RSPB failed to support Chrissie Harper’s e-petition on vicarious liability the year before. As comments on your blog yesterday made clear, it seems to many that the RSPB is timid in asking for the things that it says that it wants, and in seeking the support of its membership and the wider public for those things.

The RSPB complaint to Europe is indeed excellent and I have been glad to keep the issue alive over the years with over 50 blog posts on the subject here and a good chunk of a book devoted to it too. It is very important. And you are right to say that it ‘has the potential to alter fundamentally the context of the debate about the future of our English hills, and in time land use practise in other parts of the UK’ but it also has the potential to deliver nothing at all.  By which I mean that success is not guaranteed and that the complaint can only be one part of a strategy for progress.  We’ll see.  Experience shows that in policy work one must hope for, and strive for, the best but often you get the worst.

I wonder what you mean when you say that you ‘can’t stress enough how important this year’s breeding season has become.‘ and ‘we are very clear that the Defra Hen Harrier Action Plan must lead to real change (see here), including the cessation of illegal killing and a more positive outcome for those harriers that settle on England’s moors and hills in this and future years‘. So I just wonder what the RSPB position will be if there are very few Hen Harriers nesting in England this year (I’m not expecting an answer now – but the RSPB will have to answer that question in a few months).  As Mike Clarke said at the Game Fair ‘…the longer it takes any industry to address its problems, the stronger those calls [for a ban on driven grouse shooting] will become.‘  The calls are getting stronger all the time and many wonder when the RSPB’s patience with an intransigent industry and a hopeless government department in Whitehall, will run out.

Well, those are all pretty minor points really – ones we could have a friendly discussion about over a drink some time. But where we differ is over the proposed solution (where I am sure we could also have a friendly discussion over a drink some time too). I have targetted driven grouse shooting and call for it to be banned and the RSPB asks, very quietly, for all shooting estates to be licensed.

Arguably your proposition, including all types of sporting estate (including deer stalking and fishing?) including pheasants and partridges, is the more radical option. But that means it is also, very complicated. Despite the RSPB’s enthusiasm for a licensing system that covers illegal activity and unsustainable activities, for all types of sporting estate, we haven’t seen this drafted. This sounds like a pretty complicated piece of policy work – rather more so than the points system for drivers losing their licenses.  I can see how it could work in the best possible world, but not in this one.

In policy work one must, as I said, hope for and strive for the best, but you often get the worst. Let me give you an illustrative example. The agri-environment system (the old English one at least) also had the ‘potential to alter fundamentally‘ the fate of farmland birds in the countryside, but it didn’t. It didn’t because the industry, in this case the farming unions, fought hard to water down any meaningful elements of the Entry Level Scheme and what they didn’t water down the civil servants did because, quite reasonably, they said that the scheme had to have low monitoring costs.  Now, that was a subject on which hundreds of millions of pounds of taxpayers’ money were spent every year for decades so quite a lot of thought was given to it – but the vested interests won. In the best possible world it would have been great, but in the real one it produced very little.

Think what a scheme for licensing of sporting estates would look like. It would have to encompass estates of different sizes and types and encompass illegal activities and unsustainable ones.  It would have to involve detailed monitoring of a standard that would  stand up to legal challenge for any estate about to lose its licence would take every legal route to stop this from happening.  I can think of a few other problems with licensing but I’ll keep them to myself, as if you ever do get licensing off the ground, of course I’ll give it my support.  But licensing isn’t an ideal way to regulate unsustainable land use nor wildlife crime and certainly not the combination of the two.  I really don’t see it working. That’s my biggest problem with the RSPB solution to our agreed problems.  If I were a grouse shooter though, I’d obviously prefer the RSPB proposal because I’d reckon I could water it down and maybe get it thrown out! 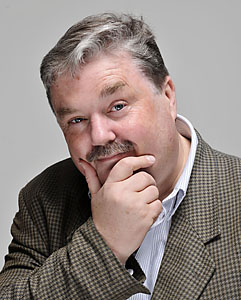 The RSPB Council really ought to have a re-think – over 38,000 people have signed up for a ban, or at least a debate on a ban, and we are only a third of the way through the life of this e-petition. What level would it have to reach before the RSPB decided, too late, to reconsider?  Imagine we get to Hen Harrier Day and this e-petition is heading for 50,000 signatures, there are very few Hen Harriers in the English uplands and even more Red Kites or Hen Harriers or Peregrines have been found dead on or near grouse moors.  What will RSPB do then?

Anyway, thanks very much Steve for responding so clearly – and we should have that drink some time.  I somehow suspect that you and most RSPB Council members have actually signed this e-petition to ban driven grouse shooting but just in case you haven’t, please join us.