Wouldn’t you love to be able to see a food pass by a pair of Hen Harriers in a National Park near you?

The Yorkshire Dales National Park has much excellent habitat for Hen Harriers – it ought, with the adjacent Nidderdale AONB, to have at least a dozen nesting pairs. Since 2000, there should, therefore, have been over 200 Hen Harrier nesting attempts in this area.

How many do you think there have been? How many pairs are there this year? How many were there last year?

Bowland Betty, a much-travelled female Hen Harrier was shot and died in the Yorkshire Dales in 2012 – she was found dead on a grouse moor.

This spring a gamekeeper was filmed setting a trap on top of a pole on the Mossdale Estate grouse moor near Hawes within the YDNP – setting traps in such a way has been illegal for over a century.  This way to kill birds of prey, favoured by Victorian gamekeepers, persists in a National Park set up to protect and enhance natural beauty.

Whilst intensive grouse shooting continues in the British uplands you are very unlikely to see a Hen Harrier food pass in a National Park.  Yes, you’ll see dry stone walls, and lots of Red Grouse, and some great views, but ‘protected’ wildlife has been ripped from these National Parks through greed and the pursuit of personal profit for the few.

There have been years of talk and negotiation and things have only got worse. In 2000 the YDNP set a target of five pairs of Hen Harriers to be nesting in the National Park by 2007 – that was not reached in any year, and there were only three successful nesting attempts in all those years. Since then there has been no successful nesting at all.

If you are shocked at what is happening in this and other English National Parks then why not meet up with other like-minded people in the Yorkshire Dales National Park on Saturday at midday? More details to follow on Wednesday.

And please add your name to more than 44,000 others calling for a ban on driven grouse shooting.

Some facts and references for any new readers;

There should be 2600 Hen Harriers nesting in the UK but because of systematic illegal persecution by shooting interests there are only c650 pairs – and they are almost completely absent from grouse moors. 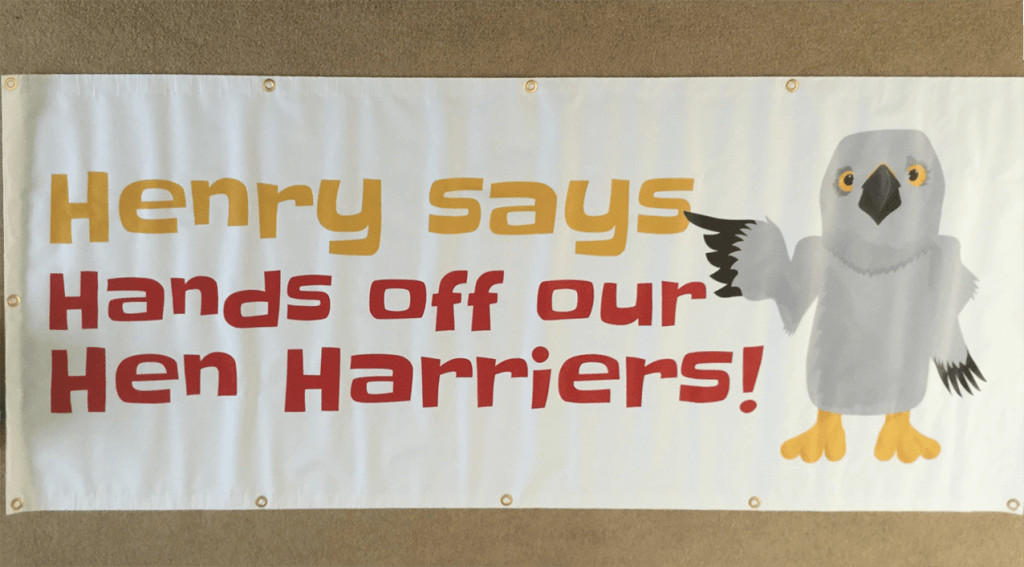