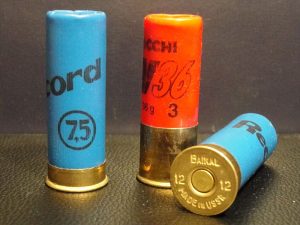 Forestry Commission England have done what they said they would do, and from the opening of the deer and boar culling season the vast majority of all such animals culled on FCE land will have been culled with non-toxic lead ammunition.

The very small exceptions will be areas where the sporting rights have been retained by others and FCE has no control (very few areas) and where others have deer control licences (very few areas). Also, there will be a few deer wandering around our woods who have been shot, but not killed, in the past with lead ammunition that are still wandering around with them so it is not quite the case that all deer culled by FCE staff are completely lead-free – but pretty close to it.  But it will be the case from November 2016 that all venison going through FCE larders will have been killed with non-toxic ammunition. And good for them!

Lovers of venison should from this autumn seek out FCE-culled deer by preference and ask all restaurants where they got their venison and what steps they have taken to make sure it is (practically speaking) ‘lead-free’.

FCE rangers tested non-toxic ammunition and found no problems with animal welfare issues (clean, quick kills), damage to equipment, efficiency or effectiveness – it would be surprising if they had, given the experience of using such ammunition from right round the world.

FCE wrote to game dealers about a month ago informing them of this policy.

You may wonder why you haven’t seen any announcement from FCE on this subject – this blog seems to be doing their PR for them. That’s OK by me.

Any suggestion that Defra ministers weren’t keen to see the non-ministerial government department of the FCE making this very sensible move when the minister concerned shows no sign of having read the Lead Ammunition Group’s report must be pure speculation until any ministerial correspondence with FCE comes to light following FoI requests.

7 Replies to “FC England take the lead (out)”