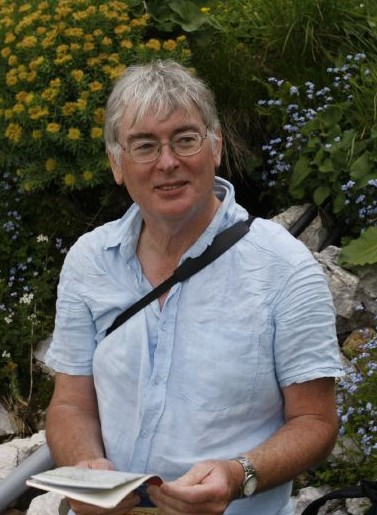 Peter Marren has contributed Guest Blogs here before (NHM threatens wildlife (garden), 27 October 2015,  Where green objectives clash, 26 January 2015; Ashes to ashes, 7 November 2012; Wildlife NGOs, 7 October 2011) and his excellent books Where the Wild Thyme Blew and Rainbow Dust – three centuries of delight in British butterflies were reviewed here a while back.

The Forestry Commission, which looks after the New Forest on behalf of the Crown, has banned mushroom picking. From now on, not a single fungus can be picked without a license, irrespective of whether you want to eat it, or identify it, or just get a better look at it (though it seems you can kick one over with impunity). This last twist of the screw follows a sequence of impositions on the would-be gatherer. First there was a code which restricted picking to 1.5 kilograms. Then commercial picking was banned outright. Then all picking was banned from parts of the Forest supposedly in the interests of ‘research’. And now we have reached the end game: a total ban.

So what? Why should anyone care if a few people are no longer able to pick mushies for their breakfast, or make sums of money from flogging them to foodie restaurants? Personally I don’t regularly pick mushrooms from the Forest and am not disadvantaged by the FC’s ban, so why does it bother me? I’ll try to explain why.

Foraging for food is fun. Whether we gather berries from the hedgerow, or aromatic weeds for the pot, or fresh mushrooms with the dew still on their caps, there is something about foraging that makes us happy. Perhaps it is simply a matter of being close to nature. Possibly it involves some ancient instinct from the days when we were hunter-gatherers. It is a bit like gardening. It brings you into contact with the soil, with sunshine and vegetation, and satisfies your soul in ways that are not easy to put into words. It is also healthy and educational. Foraging has become more popular in recent years. The newly formed Association of Foragers now has 85 members, most of whom are teachers, all of whom are knowledgeable about fungi and the natural world. They in turn take groups into the wilder parts of Britain to look for edible food. They forage responsibly, and, as far as fungi are concerned, are fully signed up to the code that was agreed by all parties back in the 1990s.

Why did the FC impose such a draconian ban? As set out in their press release and online Q & A, their case is that picking has ‘detrimental impacts’ on wildlife. Mushrooms provide food for ‘insects and other species’. Removing fungi prevents them from ripening and dispersing their spores, the fungal equivalent of seeds. And rare fungi might be collected in error. The FC reluctantly admits that there is very little scientific evidence that picking is in fact harmful, and that ‘there is conflicting opinion as to whether picking has a detrimental impact on fungi populations’. Their ban is therefore precautionary. Better safe than sorry, implies the Forestry Commission.

In imposing the ban, without consultation with the stakeholders most affected by it, the FC can insist it has the full support of the other major players in the Forest. Its press release contains statements from the National Park Authority and the National Trust. By implication, at least, the ban is backed by Natural England, the body responsible for SSSIs, although, interestingly, they are not quoted. The ban comes into immediate effect. From now on, anyone found picking mushrooms without a permit can expect to be apprehended by a member of FC staff, their mushrooms confiscated and ‘returned to the Forest’, and they may face a charge. ‘We encourage people to enjoy the autumn spectacle of fungi’, insists the FC. ‘We just ask that they don’t pick’. Actually they don’t ‘ask’ (which implies a choice). They demand with threats.

It is a fair bet that regular foragers know more about fungi than the FC, and care more about them too. So what can they say in the face of such apparent unanimity from the Forest establishment. Quite a lot. First, they point out that there are at least 2,700 species of larger fungi in the Forest (we know that because mycologists have picked and identified them). Of these only a dozen are regularly picked, and all of them are common. Secondly, mushrooms are not like flowering plants. What we see of them is the fruit body, usually produced in the autumn with the purpose of ripening and dispersing spores. Although the analogy is not precise, picking mushies is more like picking blackberries or apples than uprooting plants. It doesn’t destroy the organism which, for most of these species, is bound up in the roots of trees. Most importantly, there is no evidence that mushroom picking is not sustainable. On the contrary there is quite a lot of evidence, both scientific and anecdotal, that it is. Science suggests that the damage caused by picking is negligible.

The New Forest has many problems. Why then pick on mushroom pickers? Probably for two reasons. The first is that foraging has been given a bad name by commercial pickers who reportedly carry off van loads of fungi for the trade. Such cases make local people angry and ensure the attention of journalists. On the other hand, those who forage regularly in the Forest, who are effectively its eyes and ears, have witnessed no such raids despite ‘collectively thousands of days spent teaching and recording in the Forest’.

The FC also thinks public opinion is on its side. It would be madness to proceed otherwise. Our views have been conditioned by these horror stories of parties of East Europeans hoovering up every mushroom in sight. Whether or not picking actually causes any damage, people have become convinced that it does. So let’s ban it.

So there we are. Another source of harmless pleasure has been denied us by the killjoys in our midst. If it was just the New Forest it might not matter so much. But picking has also been banned in Epping Forest (with subsequent prosecutions) and there seems to be a gathering momentum to ban it elsewhere too, for example on National Trust properties and SSSIs. It hurts all the more that in this case the ban has been inflicted by a body which in the past did all in its power to ruin the enclosed woods of the New Forest. The FC’s posture as a guardian of the Forest’s natural treasures is quite new.

Personally I hope there are heroes out there who will defy the FC’s unilateral ban and let the courts decide who is right. The legal basis for a ban is dubious (for we too have rights). But whatever side you take in this fight, please don’t confuse the ban with conservation. It isn’t. It’s about Big Brother watching you, and, as we know, he is always right.