I’m rather proud of this – many people have got us this far – but only I get this email. 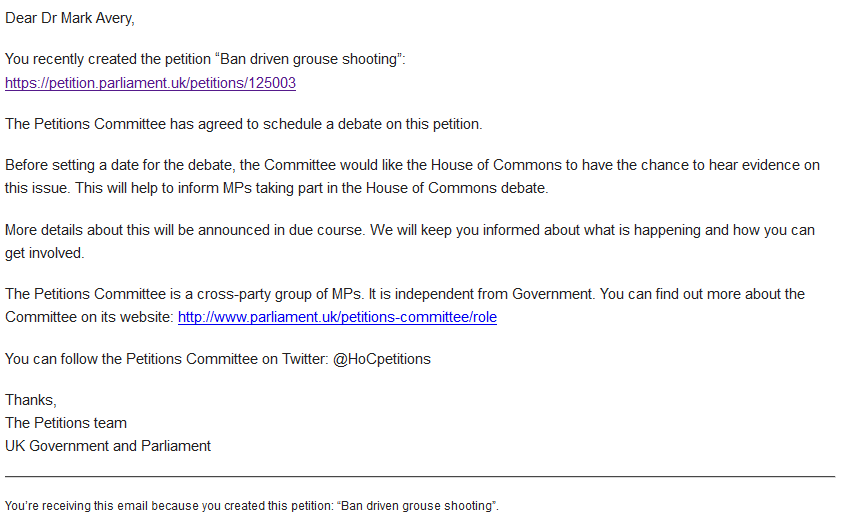 Let’s see how high we can get the signature total by midnight on 20 September (two weeks today) – get all your friends to sign the e-petition to ban driven grouse shooting.

But also if you haven’t written to your MP then please do.   Here are some useful links:

And if you could tyell me what your MP says that would be great too (mark@markavery.info)

34 Replies to “Allow me a moment of pride – please? Then back to work!”