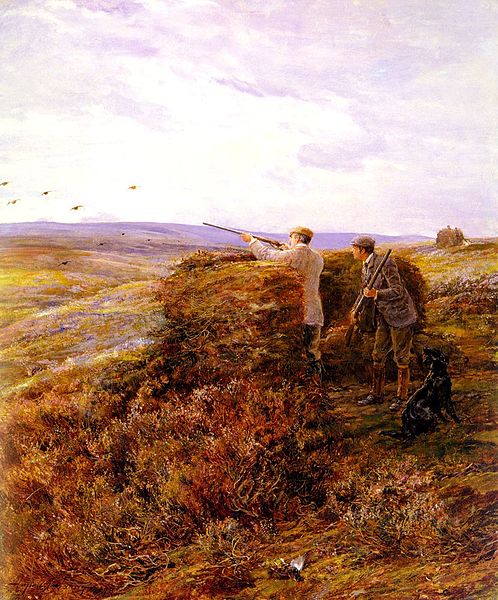 I can remember when Harold Wilson was Prime Minister – I remember my father couldn’t stand him because of something called Selective Employment Tax (funny what you remember isn’t it?) – but I certainly didn’t remember him referring to grouse moors.  So I am grateful to a former RSPB colleague and reader of this blog for pointing out that Wilson did just that.

In January 1964, when I was still 5 year old (though approaching 6, I would probably have pointed out at the time), Wilson made a speech contrasting the Edwardian Age of the Conservative government with the Jet Age of the Labour government.  This might have been tosh, but it’s interesting to see how things have moved on – or not.

Wilson scorned ‘the grouse moor conception of national leadership’ and claimed, 50 years ago, that ‘we are living in the jet age but we are governed by an Edwardian Establishment mentality’. How ridiculous! How things have changed in the modern day Conservative party.

A former government minister and Conservative MP claims the credit for the cut and paste job he has done with an inaccurate and misleading Defra briefing but cannot be bothered to answer questions about it from a mere constituent.

The grandson of Winston Churchill, Nicholas Soames MP, uses his Twitter account to spread the rudeness of others calling Chris Packham a ‘nutjob’ and me a ‘truth avoider’ and refuses to apologise. But no matter, he is hosting the Game and Wildlife Conservation Trust’s parliamentary reception next week. 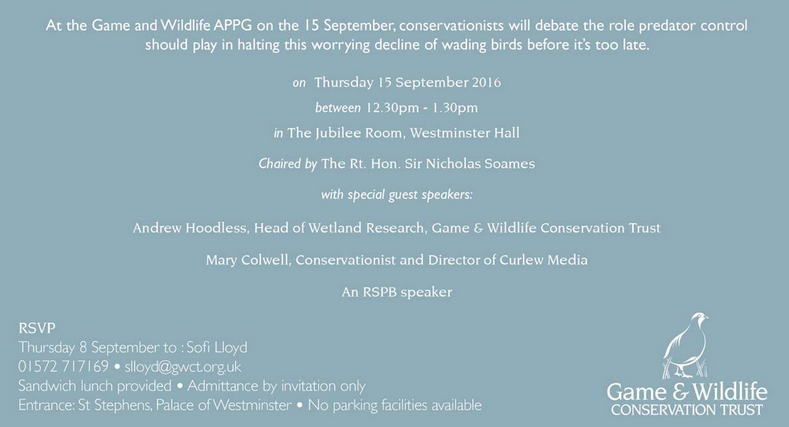 I thought that MPs were supposed to represent the views, disparate though they might be, of their constituents. Here is an MP dismissing his constituents’ request for him to represent their views in parliament but further than that, going on to criticise not only the views, but also the motives of a national charity with over a million members and the views of a national treasure (and wildlife expert).  But then, those million people, that charity and that one person can be easily dismissed if one adopts an Edwardian grouse moor conception of leadership.  I think Mr Walker owes the RSPB and Chris Packham, and actually his constituents, an apology, but experience suggests that none will be forthcoming.

And then there is Liam Fox MP, a busy man who has returned to government after a scandal, and who refers his constituents to the Spectator article of the not-so-talented Viscount Ridley as worth reading – he is a Viscount after all – despite its manifold errors of fact (and see here) and lack of verifiability.

Yes, the Conservative and Labour parties are very different from how they were when I was a lad – the world has moved on. But there are pockets of conservatism in the Conservative Party which have not moved on very far. Prick them on grouse shooting and they bleed hauteur and arrogance ill-befitting either the Edwardian Age, the jet age or the age of Theresa May – or so she says.

It’s terribly embarrassing for the party which regards itself as the party of law and order that it is turning a blind eye to wildlife crime on a massive scale in the uplands of Britain.  Conservative MPs are sending out the standard briefing to their constituents which claims that the funding for the National Wildlife Crime Unit shows its commitment to dealing with wildlife crime. This is rubbish. The NWCU has played no major role in the fight against Hen Harrier persecution and even if it has – we still have, because of wildlife crime, 3 pairs of nesting Hen Harriers in England when we should have 300+ pairs. The status quo is no solution to wildlife crime.

There are five possible reactions to wildlife crime on grouse moors and they are:

The Conservative MPs quoted here do not appear to have moved on from the Edwardian Age and the grouse shooting conception of leadership. They are digging a deep hole for their party.  It is to be hoped that there are enough modern Tories who see driven grouse shooting as the unsustainable anachronism that it is.  Modern Conservative leadership would have to include a credible response to the wildlife crime that infects our uplands.

25 Replies to “The grouse moor conception of national leadership”