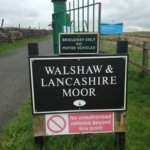 Walshaw Moor Estate is applying for planning permission to build a big new track through an area of moorland protected for its wildlife interest.  Track building has been highly contentious on this site for many years (see here, here) and the statutory nature conservation agency, Natural England, is well aware of that.  However, NE is paving the way for this damaging development by including the track in the plan that it agreed with the estate on 25 January and which has come to light through FOI/EIR requests.  Here is a link to the plan.  Is this not a track which NE has previously refused to agree?

The excuse for building this large track through an already-damaged SAC, SPA and SSSI is to allow better access for estate staff and, if ever needed, emergency services. The fact that the proposed track will provide easier access from the south to northern lines of grouse butts, one of which is adjacent to the proposed track, is a mere happy coincidence.  Back in 2013 Defra admitted to the EU Commission that some of the alleged damage carried out on WME by building tracks etc may never be restored.

The estate clearly regards this track as being very important to them as there is a very prominent clause, 1.2 see below, in the agreement which basically says ‘we ain’t doing anything unless we get permission for the track’.  This made me catch my breath – it is abundantly clear that the grouse shooting industry feels that it has our statutory nature conservation agency by the throat (or perhaps by some lower anatomical appendages).

The Habitats Regulations Assessment of the impact of the track on relevant bird species (of the SPA) and blanket bog and other protected habitats (of the SAC) is extremely generous to the developer – it should be challenged in my opinion.

In particular, the Habs Assessment does not properly or fully or adequately consider the impact of the proposed track on the bird assemblage (see Habs Assessment pp 38-41).  There is no assessment of the indirect disturbance of the existence of the track (nor of shooting butts and turning circles) to species of importance such as Golden Plover, species of potential importance (such as all those Hen Harriers which Defra want to come flooding back to the uplands) nor of the upland assemblage for which the SPA is designated.  This is inadequate and Pendle and Calderdale Councils would be unwise to rely on the NE assessment.

The previously published Wemmergill plan, about which I don’t think I have written, also has a new track in it – although of a much, much smaller length. It is clear that NE is allowing shooting estates to use these Moorland Management Plans as opportunities for further development of grouse moors when they should be delivering restoration of the habitat and putting an end to rotational burning (I’ll come to that matter later; probably later today).  In the conclusions to the small-scale and short-term trial of a track at Wemmergill NE themselves agreed that ‘there is some vegetation loss beneath the structure‘ but also that ‘the trial was only short term and therefore long term effects are still unknown‘.  That is not a good basis for going along with, indeed paving the way for, a much bigger track of the same nature.

I think we can take with a pinch of salt and a bucket of scepticism, the idea that this track would only be used in emergencies during the birds’ nesting season, which in any case is incorrectly and inadequately defined in the plan as being between 15 April and 1 July (see for example p42 of the plan).  How does NE feel it can ensure compliance with that measure? 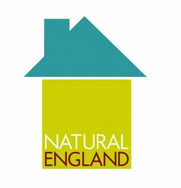 There is a lot more to say about this plan but the case of the Walshaw track illustrates quite clearly that the disgraceful NE is ushering the shooting industry along a motorway to ever greater grouse bags whilst the public, wildlife and protected habitats are sidelined on a side road which is quite possibly a dead end.

Natural England is failing to do its job for the public and failing to protect wildlife and habitats. It is a failing organisation.