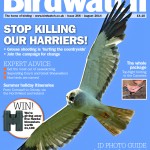 First things first, no-one much would be talking about Hen Harriers today if it weren’t for Hen Harrier Day and an e-petition to ban driven grouse shooting.  Well done us!  Standing in the rain in Lancashire, Northumberland and Derbyshire (and in the sun in Dorset – yes, I’m envious) is changing the story.

Chris Packham roundly trounced the Moorland Association on the Today Programme this morning (listen here after 1 hour 22 minutes  – just before the sport)).  Amanda Anderson tried the ‘cuddled by a keeper argument’ to persuade the world that grouse moor management is good for Hen Harriers even though there are practically no breeding Hen Harriers left in England.  And she couldn’t quite bring herself, or her organisation, to agree that gamekeepers kill Hen Harriers ‘it may well have happened’.  It’s understandable that the Moorland Association doesn’t want the world to think that its membership has quite a few criminals embedded within it.

Matt Ridley penned an article in yesterday’s Times along the lines that gamekeepers and grouse moor owners are great conservationists. He omitted to say that most of the people convicted of crimes against birds of prey, hardly the badge of honour for your finest nature conservationist, are gamekeepers. How could this have slipped his mind? Perhaps because he is the brother-in-law of green-blob hating ex-Defra Secretary of State, Owen Paterson, and the nephew of the late Nicholas Ridley, and is himself now the 5th Viscount Ridley.  Matt and I knew each other well, and were friends, at Oxford a long time ago; he is very bright but our view on the world is rather different these days. Matt trots out his opinions in his Times piece but any ecologist would be shocked by the nonsense he writes. For example, Black Grouse and Merlin would be in danger of dying out if it weren’t for gamekeepers apparently. In which case grouse shooting ought to be our greatest export saving the wildlife of Canada, Norway and Russia but apparently those countries think that their nature can just about rub along without all that tweed killing the predators and then another lot of tweed killing the grouse. But The Times readership may have lapped it up…

…except of course those people who read (pronounced ‘red’ not ‘reed’ of course) the Times for Simon Barnes’s rather different take on the world. After Jim Dixon’s awkwardly worded piece on Hen Harriers on Saturday (see comments on this blog including several quite reasonable ones from Jim himself (he sounds slightly, just slightly, sorry for his choice of words)0 and now Viscount Ridley’s paeon of praise for the gamekeeping ‘profession’ it seems very clear where The Times’s heart lies on this matter.

The Telegraph is certainly no better – Robin Page thinks that if Hen Harriers are allowed to come back they will wipe out the Lapwing.

Both Ridley and Page have to have a go at the RSPB in their columns. I’m not sure why exactly – it’s not as though the RSPB has been incredibly outspoken in its condemnation of grouse shooting over the last few days. I guess it’s just a habit for ‘real countrymen’ with column inches to fill.

It’s a bit disappointing that there is no mention at all, as far as I can see, of any of this in the Guardian or the Independent.  Pray, why not?

I wouldn’t say that we are winning the media war, but I would say, again, that no-one would be talking about Hen Harriers today if it weren’t for birders such as Birders Against Wildlife Crime, Chris Packham and others, aided and abetted by Birdwatch (though not by Birdwatching as a few people have mentioned), Rare Bird Alert, the League Against Cruel Sports, the Green Party and a few others.  Everybody is now talking about the lack of Hen Harriers as a problem that must be solved and although the Moorland Association can’t bring itself to admit that amongst its members are likely to be many of the criminals who are responsible for the lack of Hen Harriers in England, much of the rest of the world is beginning to realise that is the case.

The e-petition that will most easily and unbureaucratically put an end to this nonsense is here and is heading for 14,000 signatures fairly quickly. If it gets there by 0838 tomorrow morning that will be inside 11 weeks – a remarkable achievement of public outrage at wildlife crime.  This e-petition is currently the 11th most-signed ever referring to Defra’s area of responsibility and is in the top 1% of such e-petitions. Your signature can push it even higher up the list.