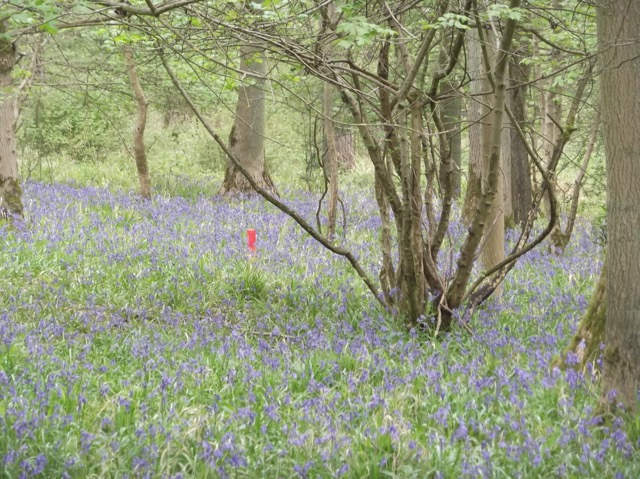 Fineshade Wood is not far from where I live, so I feel a bit guilty that I haven’t paid more attention to what is going on there.  It’s a place I know, and like, and visit now and again, but it’s c40 minute journey from where I live, so if I want to visit a wood there are closer options.  But what is happening there exemplifies much of the difficulty and complexity of protecting wildlife in the present day UK.

Fineshade is a really nice woodland, owned by the Forestry Commission (or us, in other words) and it’s pretty good for wildlife. It isn’t notified as an SSSI although arguably it could have been, and it isn’t quite a fully ancient woodland, but it’s certainly getting on a bit and, given time, it will be ancient.  The FC describe it as ‘rich semi-natural native woodland’.

And rich in nature it certainly is, with records of Dormice (I’ve never seen a Dormouse and I would like to), Badger, Adder, Nightjar (not on my Northants list), Slow Worm, Grass Snake, Great-crested Newt and Turtle Dove. Now those may all live in the woods down the road from you but they aren’t a common assemblage in east Northants. And, all the experts concur, the data are patchy and a decent survey would probably come up with more interesting stuff. By the way, there are invertebrates and plants in the wood too!

Now you might have guessed that this wood is under threat. A company called Forest Holidays want to remove large bits of this wood and replace them with 70 piles of wood called holiday cabins. Getting rid of large chunks of this forest will therefore give you the ‘ultimate forest experience’ – unless of course you are an Adder, Dormouse or Turtle Dove in which case you won’t get any forest experience (so I guess that is ‘ultimate’ in the sense of ‘last’ (last ever)).

The main thing standing in the way of this development in the heart of a semi-natural woodland in the heart of England are some local councillors (including my own councillor, Brian Northill, who will be getting a copy of this blog).

I hope the councillors reject this proposal – it’s an unwarranted destruction of my natural heritage.  Let’s hope they do at their meeting next week. 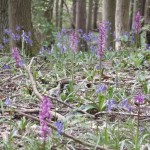 I see this case as being very similar to the Sanctuary case of this time last year which had a largely happy ending. It’s a local wildlife site which is cherished by local residents and which is irreplaceable.  As with the Sanctuary case, there is a good argument that this site ought to be notified as an SSSI and if it were it would receive far greater legal protection.  The wildlife NGOs ought, I think, and I’ve written this before, to be campaigning for far more sites to be notified as SSSI to prevent this type of issue arising.

Who is involved in this issue?:

The Forestry Commission (which I pay for through my taxes) – why did we bother telling government not to privatise some forests? Because, I believe, we thought that they would be safer in our, the public’s, the state’s, the FC’s hands. But FC are the landowners here and are, apparently, shareholders in Forest Holidays too. That’s all a bit rum, isn’t it?  Whether or not they (err, that’s we) have a stake in Forest Holidays, the FC should not be allowing this type of development in what they, themselves, describe as a ‘rich semi-natural native woodland’! For heaven’s sake!!  What do they think they are up to?

East Northants Council (I am a voter) – the planning authority, who pay the Wildlife Trusts to give them ecological advice on matters such as this.

Beds, Northants and Cambs Wildlife Trust (of which I am a member) – has lodged a very strong objection to this development. Good for them! I like that.  The Wildlife Trust will be in a difficult position if the councillors ignore the objection of their own, local, ecological advisors. Should they keep taking the money even if their advice is ignored? And I can’t find anything on the WT website on this issue. Certainly my local wildlife trust uses the site for events and walks to enjoy its wildlife, but doesn’t seem to be highlighting the issue very much.  I’m slightly surprised that I didn’t hear about this issue from my local wildlife trust.

RSPB (of which I am also a member) – has also lodged a very strong objection to this development. Good for them! I like that.

The Woodland Trust (which I have never been tempted to join) – has made weak comments on this application to destroy large areas of a ‘rich semi-natural native woodland’. That seems very odd to me, but then the Woodland Trust does have a financial relationship with Forest Holidays (although that cannot have influenced them at all, not at all).

CPRE (I sometimes toy with the idea of joining them) – object to the development.

You can see the full list here, and if you do look at it you will see that the Woodland Trust really does stick out like a sore thumb – the NGO that you would expect to be fighting hardest for this woodland site, a site universally acknowledged to be wildlife-rich, is not sufficiently moved about this major development actually to object to it.

But your eyes may well pass lightly over the name Tom Pursglove.  Tom Pursglove is the Tory candidate for the marginal constituency of Corby, where I very much hope that my excellent local Labour MP, Andy Sawford, is re-elected in May. However, Mr Pursglove does seem to have chosen the right side in this debate so good for him!  I gather Andy Sawford is visiting the site tomorrow morning and I may well see him there then.

Most of the local councillors are Tories, and they will be undermining the position of their local candidate, one of whose priorities is to preserve ‘the rural character of East Northamptonshire’ and who believes that ‘local people should decide where development is, and isn’t acceptable, and their view should be respected’ if they were to approve this very unpopular proposal (just count the objections).

With ‘friends’ like the FC and the Woodland Trust then no wonder woodland wildlife is having a rough time of it!