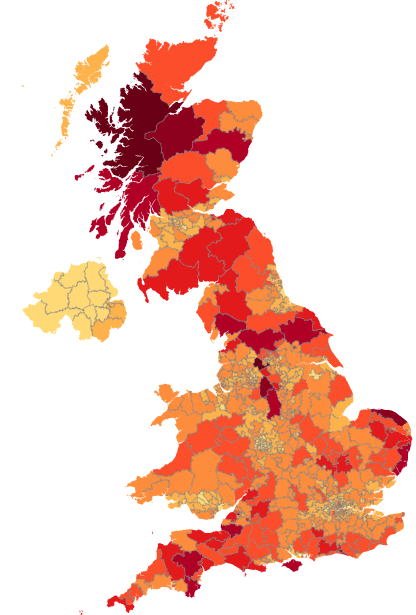 It’s quite some time since I asked the Chair of RSPB Council about the RSPB position on driven grouse shooting – it’s almost 100 weeks ago. And Prof Ormerod was kind enough to reply too (see here).

Before launching the current, third, e-petition on driven grouse shooting I went to talk to the RSPB about whether there might be a form of words, not using the ‘ban’ word perhaps, or at least not exclusively, that would enable them to support an e-petition on this subject.  But I was told there wasn’t. That was when I went off to LACS and talked to them, and their support has been super. Thank you LACS!

In his kind reply, Prof Ormerod (I’m going to call him Steve from now on, I know him well enough!) said that RSPB Council had considered this matter in about February 2013 to establish their line. It might just be time to think again?

RSPB has hinted, several times, that the world might get fed up with driven grouse shooting unless there is some change for the better, but we haven’t seen any such change, have we? Let’s just pick out a few things:

What if Hen Harriers disappear from nests again this summer? What is the RSPB going to do? Express its disappointment but stick with the government and the grouse industry and hope that things will eventually get better?

What if evidence emerges of killing of, or attempts to kill, Hen Harriers on grouse moors this season?  What will be the RSPB response?

What if the e-petition to ban driven grouse shooting gets another 30,000 signatures in the next five months and reaches 60,000 signatures? Will the RSPB ignore all those voices? Take a look at the map of signatures – these are your members by the look of the map – will you continue to give the discredited grouse shooting industry, who fund attacks on the RSPB remember, one last chance, and another, and another?

What if, though this seems unlikely to me, we actually achieved 100,000 signatures this time around without any RSPB support? Will the RSPB brief against a ban on driven grouse shooting in any debate in parliament? Really? How many members would that cost you?

I’m sometimes told by RSPB staff that the RSPB has traction with the minister Rory Stewart although it is rather difficult to see what this influence is from the outside. Are you sure you aren’t being played for suckers? I asked, in a chance meeting at The Lodge last week, what the best thing was that Rory Stewart had done – and there was a long pause before the answer came ‘He has come out in favour of the EU’. Well so have I! And I have the same number of votes as the minister on that issue. We have seen nothing from Rory Stewart on lead ammunition and nothing from him on the upland environment that justifies hanging on to any hope that he is going to do anything useful at all.  Of course, you may, and should, know better than I, but a lot of other folk think you are betting on a rank outsider here.

I guess the rest of the world is wondering whether the RSPB has a line in the sand or whether it is having sand kicked in its face.

So, Steve, I bet there is a Conservation Committee meeting in June, and a Council meeting in July, isn’t there? There is just enough time for the RSPB to look at its position and decide to be a bit more dynamic on these issues; we would welcome RSPB support for a debate on the future of driven grouse shooting.  How about it?