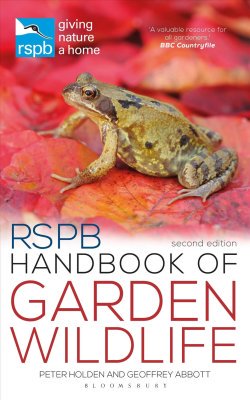 This is clearly a book that has stood the test of time, deemed worthy of a new edition almost ten years on from its initial publication.

After a few pages of introduction, the bulk of the book is taken up by the species accounts, roughly equally split into vertebrates, invertebrates and plants (with a few fungi, mosses and lichens thrown in for good measure). Each species gets between a quarter and a full page, including a photo (or two) and a concise but readable text. It’s very similar to the first edition in layout and coverage, though there are 16 extra pages, allowing a few more species to be squeezed in, including recent colonists like the Tree Bumblebee. I noticed that Buddleia and Cotoneaster have been expunged from this new edition, presumably a recognition of their invasive qualities; those who took the previous advice to plant them may now have to consider their options. Red Valerian and other garden-wall hopping non-natives remain, for the time being at least.

Rather strangely, I thought, every single photo has been changed in this new book, often for the better, though not always, and certainly not in the case of Mouse-eared Hawkweed which has morphed into the closely-related Fox-and-cubs.

I can’t help but compare this book with Richard Lewington’s excellent Guide to Garden Wildlife which is virtually identical in size and has similar aims.  His book is based on artwork rather than photos and includes rather more invertebrate species (25 spiders and 69 beetles, for example, compared with 7 and 24 respectively for the RSPB guide), though it doesn’t cover plants and fungi.

The RSPB handbook focuses more on wildlife gardening and less on identification. Each species has an ‘In the garden’ heading, highlighting ways in which it can be encouraged and, where relevant, its role in helping to sustain other species. I thought this was the best feature of the book and really helps to link together the diverse assemblage of species that regularly utilise gardens. The humble Common Chickweed, for example, provides an early food source for small flies and bees, its seeds are eaten by House Sparrows and Dunnocks, and its leaves support the caterpillars of several different moth species – who knew? If you want a book primarily for advice on attracting wildlife to your garden then this is the one to go for. If you want to focus more on identification, particularly of garden invertebrates, then the Lewington book might be the better option.

This is an attractive book and one I enjoyed flicking through. As a comprehensive introduction to the subject and a handy source of reference it serves its purpose very well indeed.