Having been in the USA for a significant chunk of time recently, I noticed this press release.  It refers to the extinct Carolina Parakeet – a species which was probably last seeen in the wild in 1904, but whose last individual survivor died in Cincinnati Zoo (in the same cage that housed the last Passenger Pigeon on earth four years earlier!! – see A Message from Martha).  Maybe publication on American Indpendence Day is appropriate.

A team of researchers, including the Natural History Museum’s Dr Alexander Bond, have shed new light on the previous geographical range  of North America’s only native parrot. Combining observations and specimen data, the new Carolina parakeet occurrence dataset is the most comprehensive ever produced. 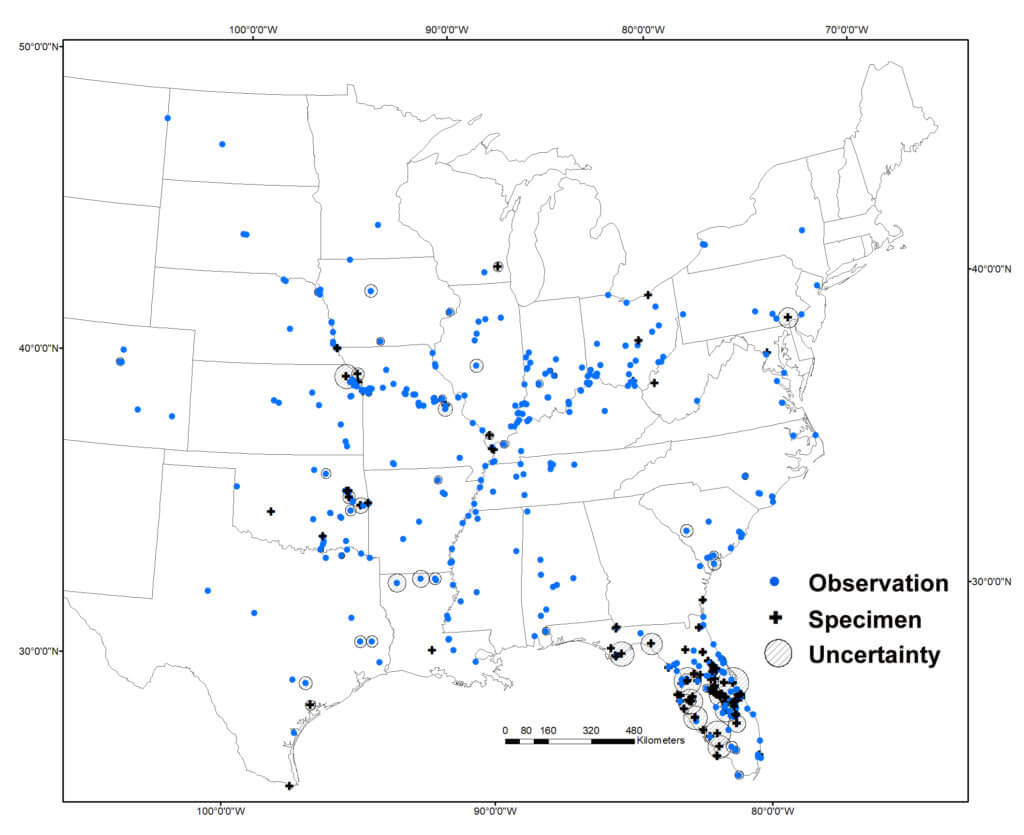 The last captive Carolina parakeet died 100 years ago this year and the species was officially declared extinct in 1920, but they likely persisted in small, isolated populations until at least the 1930s. The new study provides unprecedented information on the birds range providing a window into the past ecology of a lost species.

The observational recordings included in the study have been gleaned from a wide variety of sources, including the correspondence of well-known historical figures such as Thomas Jefferson and the explorers Lewis and Clark. The study team referenced recorded sightings spanning nearly 400 years with the oldest recorded sighting dating from 1564 which was found in a 1602 description of the current state of Florida written by Rene Laudonniere.

Alongside these written accounts the researchers included location data from museum specimens. Amongst those included were 25 bird skins from the Natural History Museum’s Tring site, whose skin collection is the second largest of its kind in the world, with almost 750,000 specimens representing about 95 per cent of the world’s bird species.

The study proves what invaluable resources museum collections can be. Alex Bond says: ‘The unique combination of historical research and museum specimens is the only way we can learn about the range of this now-extinct species. Museums are archives of the natural world and research collections like that of the Natural History Museum are incredibly important in helping to increase our understanding of biodiversity conservation and  extinction. By digitising museum collections, we can unlock the potential of millions of specimens,  helping us to answer  some of today’s big questions in biodiversity science and conservation.‘.

It is hoped that this research will be the beginning of wider reaching work that will explore further into the ecology of this long lost species.

The paper is published in Biodiversity data journal and is open access. 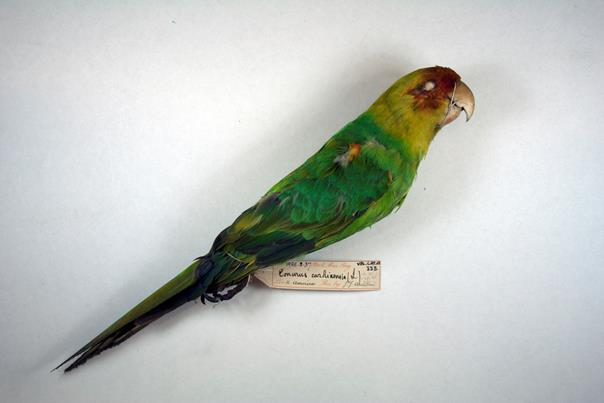