A year ago I had a permanent job but after 25 years and one month at the RSPB (the best nature conservation organisation in the world), and after 12 and a half years of being its Conservation Director, I gave up a well paid and very satisfying job to explore new challenges. Was this really a good idea?

I’ve not regretted it once.  At first there was the fun of heading off to the USA for a 6-week journey of exploration so how could I regret it then?  Those six weeks were fantastic with their warblers, bears, National Parks, waitresses, breakfasts, miles of open road, conversations with strangers, condors, prairie dogs, music playing in the car, beautiful scenery and wide open spaces.  And I was called ‘Honey’ and ‘Baby’ lots and visited museums and Ground Zero and talked to American birders and conservationists.

On my last full day in the USA, at Malibu Lagoon, I saw a man inadvertently disturb a killdeer and its chicks. I wrote about it thus: 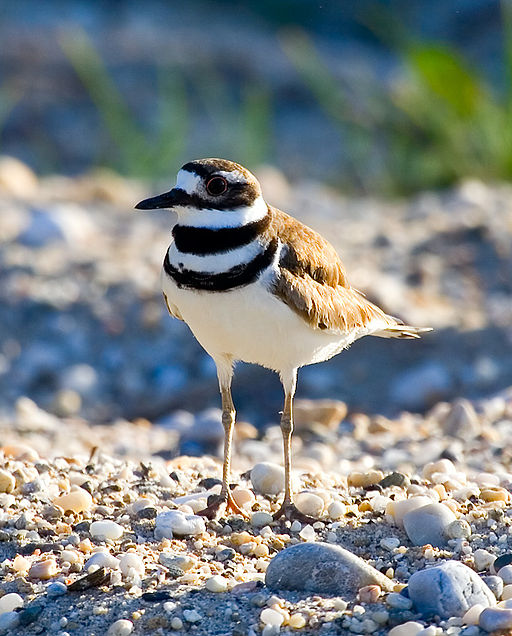 Yesterday, at Malibu Lagoon, I saw a man walk along the shore while a Killdeer parent called loudly and incessantly. The man seemed completely unaware of the fact that he was disturbing the Killdeer’s chicks who were no doubt crouching in fear nearby, but maybe he just didn’t care. Much loss of wildlife on Earth is done without us realising what we are doing, without noticing the Killdeer crying out in distress, but some of what we do is done when we have the cries of nature ringing in our ears but we don’t listen.

I would have called from the bridge where I was watching if the man hadn’t moved on fairly quickly. Those of us who hear nature’s call need to stand up for nature and make a difference.

And that’s what I have been trying to do.  As an independent environmentalist I can say whatever I think needs saying to advance the cause of nature.  And that’s what I have been doing in this blog, in my monthly column in Birdwatch, in occasional articles in British Wildlife, The Field, The Independent and The Guardian.  And I have a book coming out in August which sets out some of my experiences in, and some of my thoughts about, nature conservation here in the UK.

I’ve made a living for a year and it looks like I will probably make a living for the next year too – with all the things that are fixed or in the pipeline.  That’s not a bad start.

I am looking forward to spending this May and June seeing more wildlife close to home.  I will occasionally note the date and think ‘I saw my first bear a year ago‘ or ‘It’s a bit colder than it was on Navajo Bridge when I looked at bad lady #54 a year ago‘ but I hope that cuckoos and butterflies and corncrakes and orchids will see me through that time.

I’ve had a few comments on this blog, and away from it, that I am taking too robust an approach – criticising everybody.  The usual refrain is  ‘it’s very easy to criticise’ but actually it isn’t very easy to criticise – you need a certain amount of courage, determination, confidence (and perhaps arrogance too)  to stick your head above the parapet and criticise, that’s why so few people do so.  Very few organisations criticise government and that’s partly because government gives organisations things that they want – money, access, the promise of influence, honours for their staff, mentions in Ministers’ speeches and many other things.  I don’t want anything from government so I feel able to criticise when I think it might help (now I might get that judgement wrong but it’s not because I’m in hock to government).

And it’s sometimes said that working with those people who think differently from yourself can make a difference in the end. Well it can – but often it doesn’t, and that’s not really an option open to someone as insignificant as me anyway.  Intransigence can’t be persuaded and so it’s better to try to go around the intransigent and influence things around, behind and above them.  Let’s take three examples:

1.  Lead ammunition: I wrote about this subject yesterday in response to the Shooting Times having a rant about it last week.  The evidence for harmful effects of lead ammunition on wildlife and perhaps on human health have been around for years.  Privately many in the shooting community accept the need for lead to be withdrawn from use as it has been in some other countries already.  but they don’t come out and say that publicly and they struggle with the intransigents in their community. It will need a jolt from outside to inject some sense into this debate – the shooters can’t be trusted to do it themselves.

2.  Hen harrier persecution: conservationists and grouse shooters have been talking about this issue for years and years.  Everyone – actually not everyone – says they love hen harriers but the good guys can’t influence the bad guys in the shooting community and so time drags on, hen harriers are still killed illegally and nothing changes (except for the worse).

3.  Farmland birds: our farmland has shed its biodiversity to a greater extent than most other European countries and yet the elected representatives of the people who own and live in that countryside, the NFU, deny that there is a problem and argue for policy measures that will prevent wildlife recovering.  There is a limit to the number of unproductive conversations on the same subject that anyone should be expected to go through.

On all these issues there is little new to be said and little progress has been made.  An independent voice can at least try to tell it as it is – and try to explain why and how the world could be different.  And that’s what I will continue to do on these and other issues.

Now, this blog is a bit like a newspaper – except you get it for free remember – in that you may or may not agree with its editorial line.  That’s fine – you can always go somewhere else to get your views and commentary.  What you will get here is an independent take on UK, primarily English (‘cos that’s where I live), nature conservation.  And I’d like to think that I give you a stimulating and thought-provoking mix of subjects and ideas (and some great guest bloggers too).  And I welcome your views, whether they accord with mine or not, provided they are well argued or at least passionately argued.

So I’m looking forward to another year of blogging every day on these subjects and hearing your views.

And you have just two days left to vote in the two polls of the best and worst UK wildlife conservation organisations.  I’m looking forward to telling you the results on Wednesday.