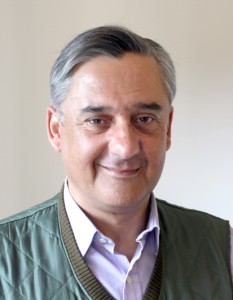 Christopher Graffius is the Director of Communications at the British Association for Shooting and Conservation (BASC). He enjoys shooting and fishing and goes wildfowling on the Dee estuary and shoots game in North Wales.

Mark Avery has invited me to contribute a “guest blog”. I’m happy to do so because I’m convinced that interaction between those who watch birds and those who hunt them – and remember that the two are often the same – is essential for the benefit of the wildlife we all cherish. It’s when we retreat, or are driven, to our respective trenches, that we’ll make no progress and birds that we all love will lose out.

No shooter wants to see a bird suffering from lead poisoning, nor is widespread mortality among wildfowl of any benefit to shooting. BASC wants to see an abundant population of our quarry species, and a healthy environment in which to shoot. That’s precisely why we take conservation seriously enough to put it in the title of the association. It’s a little known fact that the shooting community spends £250 million a year and gives 2.7 million work days to conservation. That’s the equivalent of 12,000 full time conservation jobs. It’s not just a matter of reserves. Shooting is involved in the management of two-thirds of the rural land area in the UK with two million hectares actively managed for conservation. It isn’t often realised that shooting is about much more than squeezing a trigger. It’s about being in, contributing to and enjoying a rich and diverse environment. That’s been one of the best traditions in British shooting, as Peter Scott, a keen wildfowler in his youth, would have recognised.

That’s why the UK enacted a variety of bans on using lead shot to shoot wildfowl or over wetlands in its various jurisdictions. When I shoot in England and Wales I cannot use lead shot when shooting at wildfowl. In Scotland and Northern Ireland I cannot use lead shot when shooting over wetlands. My wildfowling club has been known to conduct unannounced inspections of members going out on the marsh to shoot. Those who have lead cartridges in their pockets are expelled from the club. As a result of this compliance with the law on the foreshore is close to 100%.

Compliance inland is patchy. A survey of BASC members showed that a majority complied with the law though a substantial minority did not. Evidence from a small study of mallard bought in butchers across the country found the majority shot with lead. On the face of it, this is bizarre because those who shoot are remarkably law-abiding. They have to be, to secure and keep a firearms licence. What’s gone wrong?

There was no buy in from stakeholders when the law on using lead shot was introduced in 1999, no attempts by government to promote the law and no drive to enforce it. BASC and other shooting organisations run regular campaigns to get the message out, but I still meet people in the field who are unsure or unaware of the current law. The differences between different jurisdictions in the UK don’t help. They muddle the picture and undermine the law. This is a useful warning to those who believe that merely passing a law solves a problem. Overall, it’s my perception that compliance is increasing, and one good outcome of the recent publicity may be to help drive the message home.

Concerns have also been raised by the WWT about lead in game meat – though food safety is hardly their bag. It appears that the WWT is seeking to drown the authorities with a mass of evidence of varying quality and hope that that does the trick in achieving a total ban on lead ammunition. Their leaked campaign documents detailed a campaign to convince the Food Standards Agency that lead shot game is a health hazard and this could be behind the recent advice issued by the Food Standards Authority. How many people hearing the news will realise that the advice was only for those who consume large amounts of game? Nor was there anything new in the science, or any emergency, to suggest that advice should be issued now when a risk assessment is due from the government’s Lead Ammunition Group in a matter of weeks. All this smacks of the “precautionary principle”, the argument people use when they don’t have the evidence to back up their case.

But do we need a general ban on lead ammunition? The jury is still out, but the verdict is imminent. The Lead Ammunition Group was created by the Food Standards Authority and Defra in response to requests from the RSPB and the WWT. Their website lists their terms of reference, members, minutes and the evidence it is reviewing. It brings together stakeholders from all sides of the issue. It has the buy in of the shooting community which should promote support for its recommendations. The Group has reviewed all the relevant science in detail and is currently conducting risk assessments on the effects of lead ammunition on the environment, animal and human health. It should be in a position to issue advice to government next year.

We expect policy to be solidly underpinned by science and not created as a knee-jerk reaction. The Lead Ammunition Group is the place for that work to be done. Because of that, and despite their membership of that group, I’m sorry to see the WWT and others campaign for a ban before the necessary work has been completed. It doesn’t reflect well on organisations which claim to be based on good science. The attempt to start scares through lurid coverage in the media is a blunt campaigning tool that divides the shooting and conservation community. It drives us to opposing positions. This does nothing for the bird populations we all want to see prosper.