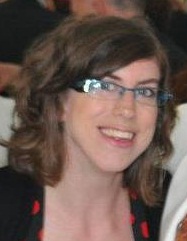 Sarah Whitebread is an environmental campaigner and Lib Dem councillor from Cambridge.  She has an Mphil in Environmental Policy and works for an MP in Westminster.

Cambridgeshire is currently being run by a climate sceptic.  Councillor Nick Clarke, leader of the County Council, declared on his blog a few months ago that “it is now clear that climate change may not be happening, and if it is it is not caused by human activity.”  Clarke has done everything he can since taking over as leader last year to scale back environmental activity.  He has banned wind farm development on County farms.  He has scrapped the entire climate change team.  He has taken out the section of all papers that go to Cabinet meetings asking members to consider the impacts of their decisions on climate change.  He has even changed the name of the Environment Scrutiny Committee to the snappily titled “Enterprise, Growth and Community Infrastructure” committee – so strong is his aversion to anything environmental.

Those of us on the Council who care about protecting the planet for future generations have been left in a bit of a quandary.  How do you deal with someone who makes George Osborne look like a veritable eco-warrior?  How do you get that person to listen? And if you can’t get them to listen, how do you make sure the electorate are aware of what’s going on?

Of course, there are many Council processes councillors can use to get our point across.  We can put motions to Council, make suggestions at scrutiny committees, or turn up to Cabinet to fight our case.  I have done all of these and have been able to make a difference – but always in a very small way, unlikely to hit the headlines.

So this Christmas, I decided to try something different.  It was Clarke’s blog that set me off.  Though his policies had implied otherwise, I’d always assumed that once he became leader Clarke would distance himself from climate denial.  I thought he might take a more moderate course, realising that such an anti science position, for a County that includes centres of world leading research on climate change, might not be the best political move.  But no – there he was, proclaiming on his blog that it was clear climate change is not caused by human activity.

A few weeks later, still reeling from this statement, unsure how to take action and having tabled the usual motion to Council “regretting” his position (which of course was later voted down by the Conservative group) I came across a Friends of the Earth card that made me smile.

The response from the environmental community was fantastic. Within a couple of days of asking I had 17 people who were all keen to sign, including scientists, writers and campaigners.   Signatories included Professor Douglas Crawford-Brown from the Cambridge Centre for Climate Change Mitigation Research, Bob White, Professor of Geophysics at Cambridge University, and Aled Jones, Director of the Global Sustainability Institute at Anglia Ruskin University.  Prominent climate campaigners such as Craig Bennett from Friends of the Earth and Tony Juniper also signed, plus local campaign groups Close the Door, Cambridge Carbon Footprint and the Cambridge Cycling Campaign.

The card was never going to get Clarke to change his mind – but it was an excellent way of getting the message out about his worrying views. Several local newspapers picked up the story (Cambridge News, Ely Standard) and BBC Radio Cambridgeshire invited me on to their drive time programme to talk about it.  Apparently Nick Clarke was asked to appear and debate with me, but turned down the opportunity.

The result? Well, Clarke has certainly been put under a fair bit of pressure. Given the excellent response from the local media, I’m pleased I went ahead with it.  Sadly, the big picture has not changed – and worryingly, Cambridgeshire might not be alone.  The Green Alliance produced a report last year that showed 65% of Council’s planned to either completely eliminate or scale down climate change related work because of Government spending cuts.  Many of the national indicators on emissions that councils need to report have been scrapped. The carbon reduction commitment scheme, which gave councils above a certain size a financial incentive to act, was weakened in the Autumn Statement.  It is being made all too easy for councils to abandon their environmental commitments altogether.

As the Committee on Climate Change pointed out earlier this year – if the UK is going to meet its carbon budgets, action from local councils is crucial.   Sending Clarke the Christmas card was fun – but wouldn’t it be excellent if there were local climate activists replicating this across the UK?  How can we bring the success of our national climate campaigns to bear at local level?  This is a big challenge for the environmental community, but it’s one that must be met if we are serious about tackling climate change.