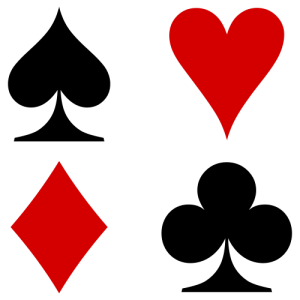 I always feel sorry for those who are required to move on because their Prime Minister needs to adjust the left/right balance, the male/female balance, the north/south balance of their teams.  It sometimes seems rather arbitrary and no-one likes losing their job.  However, it is difficult to feel sorry for David Heath who has made no discernible impact at all as a Defra Minister.  I will miss him as much as readers of this blog have missed this extinct bird, ie you hardly knew of its existence so it is very hard to get very emotional about its absence.

Mr Benyon seemed happiest negotiating an agreed UK position within the EU and standing up for foreign wildlife that was being killed abroad rather than standing up for UK or English wildlife that is being killed at home. Did we hear him move us on the subject of bird of prey persecution or cormorants? Did he fight for a rapid deployment of marine protected areas?  What was his influence on agri-environment schemes? These are all difficult subjects but Mr Benyon left them as difficult as he found them – little progress was made.  He was a Minister at a difficult time – a time of cuts enforced by that ‘nice’ Francis Maude (whatever happened to him by the way – is he gagged in a cellar somewhere so that he can’t put his foot in his mouth?) but even so, his legacy is immensely difficult to detect.  We will remember him as more of a ‘My Chums’ Tory Minister than a ‘One Nation’ Tory Minister.  Lovely man all the same of course.

George Eustice dislikes the EU and Dan Rogerson probably likes it. We must give these two Cornwall MPs a fair chance. Presumably the thinking was that making them each a Parliamentary Under Secretary (removing the Minister of State post in Defra) would save money and that they could share a second-class sleeper up from Penzance to Paddington on a Sunday night and save even more money? I bet the Tory gets the top bunk.  On the journey they can shoot out of the windows as they pass through Devon and Somerset thus implementing their Government’s ‘shooting in the dark’ badger policy.

Alistair Burt leaves the government after being a Foreign Office minister.  His constituency includes the RSPB’s Headquarters at The Lodge and I found Alistair a very genuine and considerate man.  Alistair Burt, to me, embodies much of the best of the Conservative Party and I wish him well.  I have only just noticed that he is married to a Twite.

Another excellent Tory going back to the backbenches is John Randall.  John Randall has been Assistant Chief Whip since the Conservatives have been in Government – not a role where one seeks to be noticed.  However, John is a keen birder (I have seen him at the Bird Fair in the past) and when he came top of the 2001 Private Members’ Ballot he led the way for a Marine Act (delivered by a Labour Government) when his Bill came very close to becoming law (but was kiboshed by Tory Lords).

Labour have chosen an Eagle, to get her talons into Owen Paterson – I’d watch out for carbofuran if I were Maria Eagle.