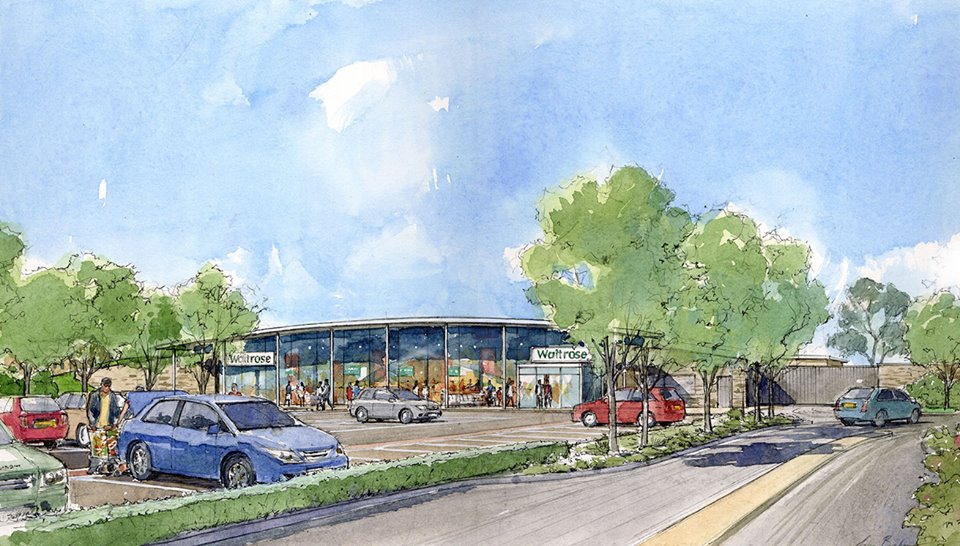 I’ve been doing a few bits of work for a consultancy which, in turn, is advising the John Lewis Partnership (which includes my local Waitrose), on how to make their business, and particularly their supermarket sites, better for wildlife. My role is to be an external challenge to the thinking – and that’s one I’m very happy with. We’ll have to see how it goes.

Back in December this role took me down to Malmesbury and the site for a new supermarket – which will be a Waitrose on the edge of town.  It’s a long way down the line as the plan is for it to open in August – but it was a bare muddy field when a group of us stood there in our high-vis jackets and hard hats looking, and in my case feeling, more than a little ridiculous.

It’s a field right on the edge of Malmesbury and the attractive town of Malmesbury looks very pretty from the site of the supermarket – I have some sympathy for local residents who think that the supermarket may look less attractive from the town, which is why I asked whether a ‘green roof’ had been considered. There was a bit of shuffling and looking at the ground as it seems it was thought about but on a variety of grounds had not been progressed.  Oh well!

The site is on the edge of town, with roads along the eastern and southern edges, housing to the west and another field to the north.  The hedges weren’t bad, but nor were they in any way special. This was ‘just an ordinary arable field’ – but it is to become ‘just a supermarket’ this summer.

A Fieldfare looked quizzically at us from the top of a tree as a group of builders, ecologists, arboriculturists and I walked around the site trying to imagine where the store itself would be, where the car park would end and where was the ground available for some biodiversity work.

Our conversation over lunch was trying to assess the possibility of establishing a small wildlife-rich meadow on the western edge of the site, next to the houses.  This sloping area is useless for car parking and could provide the main wildlife benefit of the development.  A couple of us thought that its arable past would mean that its nutrient status would be pretty difficult to bring down to a level where interesting plants could be established but that was an option to examine.  Access to this area would be pretty limited once the site was established as a supermarket too, so a meadow option, though attractive in theory, looked unlikely in practice.

Work involving ditches and hedges, including cutting them back, should be done as soon as possible we said – to avoid the bird breeding season.

There was scope for nest-boxes for House Sparrows in one corner of the built development where there would be limited traffic and less disturbance, we thought.

Would a Swift tower work here – that would be quite a novel and attractive feature if it were successful? Worth trying?

And a rockery is planned on the north-facing slope, at the back of the store – which plants would fit in there?

We grappled with the possibilities, wished we had a bit more knowledge of the site, wished we had a bit more time to think about options and wished we could spend a fortune. But this was the real world. And in the real world this seems like a very ordinary arable field, which was maize last year, with very little known or expected wildlife interest, which might, with a bit of luck, even be better for wildlife when most of it is covered by a supermarket and its car park than when it was farmed.

Now, over a month after the meeting the work on hedgerows etc is going ahead to avoid the bird breeding season.  The flower-rich meadow looks like it will be a mixture of scrub (an excellent habitat for wildlife) and tussock grass.  House Sparrow nesting sites are built into the plan and a Swift tower is thought to be a viable option after discussions with experts (and checking that Malmesbury has a few nesting pairs of Swifts).  A bit of tweaking to the plans has ensured a better range of native species to be planted in the car park and used in the rockery. 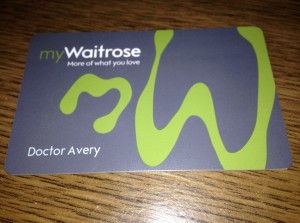 If all of this is successful it won’t put Malmesbury Waitrose on my list of Wiltshire biodiversity hot-spots – but if the Swift tower comes to pass, and works, then it will certainly be worth a look in the summer months. I’m impressed by the amount of effort that has gone into trying to make the site into one that puts something back for wildlife – Waitrose didn’t have to do any of this.  I’ll keep you updated with progress – or lack of it.

And you have to wonder, or at least I do, whether biodiversity off-setting would have any role to play here at all.  I may come back to that.