You can go through life being against things. There are plenty of things that I am against, eg cruelty, unfairness, putting sultanas in apple pies, racism and illegal raptor persecution.  You could spend a whole lifetime objecting to things but sometimes you have to be in favour of something.

When it comes to climate change, most people seem to be against it if it is going to cause us and other Earthly lifeforms lots of problems.  It’s when it comes down to being in favour of any of the solutions that we have the most problems. Windfarms – great idea, but not here thank you!  Nuclear power – too dangerous.  Not flying or driving anything like as much – that’s rather inconvenient and what about the Chinese anyway?

For the record, I am in favour of windfarms but it does matter where they go – which doesn’t mean that they have to go far from where I live.  One of my regular walks is through a relatively new windfarm site – I saw a Wheatear there yesterday, actually.  And I am in favour of nuclear energy – see page 184 of Fighting for Birds.   And I do fly and drive far less than I used to do – and less than many people do.

A Severn Barrage has been a case where many environmental NGOs have objected to a renewable energy scheme on the grounds that it will be too damaging, too expensive and that there are better alternatives (also mentioned in Fighting for Birds – page 99).  One of the potential alternatives has always been tidal lagoon power.  instead of building a wall with turbines in it right across the Severn Estuary the idea would be to create smaller, easier to build ( and cheaper and quicker), walled areas to do the same job.

Now, a consortium, Tidal Lagoon Power, is planning a tidal lagoon in Swansea Bay.  They are seeking planning permission and funding for a tidal lagoon that would have a roughly circular wall of 9km and would fill up with water (driving turbines) soon after high tide and empty of water (driving turbines again) towards low tide.  Location is everything and, in this case, Tidal Lagoon Power seem to have found a place that it would be difficult to criticise on wildlife grounds.  Nowhere is perfect, no development has absolutely no impact, and so it is a case of deciding whether the benefit is worth the damage – here, on what I know at the moment (but I’d be interested in the expert opinion of icthyologists), I think it is a scheme worth supporting.

And if I were still working in a wildlife NGO then I would certainly be keen to support it if I were convinced that there really would be little wildlife harm. We need renewable energy, the Severn Estuary is a good place to get it and a barrage is the wrong way to get it.  So if you are against a barrage it’s good to find something a bit similar but so much more wildlife-friendly.

And we probably need such a project to go ahead as a ‘proof of concept’ project – to show decision-makers, investors and the public that this type of approach can work.  Maybe it can’t – we should find out.

So I hope we see the RSPB, Wildlife Trusts, National Trust, WWT and others supporting this scheme, or pointing out what I have missed if they don’t support it.

I gather that there may be less cut and dried projects in the pipeline.  I can’t say that I would be at all keen on a tidal lagoon in Bridgwater Bay SPA, SSSI, Ramsar site and SAC – but that is a fight worth having a little further down the line – and a subject for a future blog. 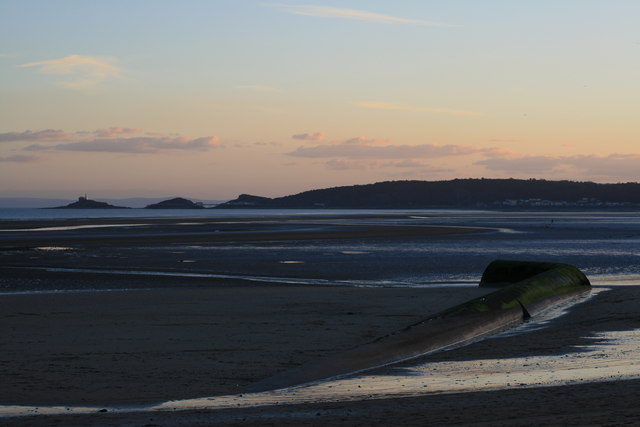 11 Replies to “Time to be in favour of something…”