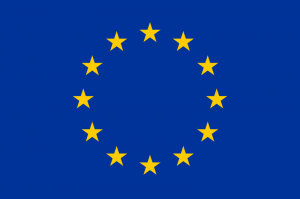 It’s two weeks until the EU elections take place in the UK (and in the rest of the EU over the next few days).

Will you vote Lib Dem, Labour, Conservative, UKIP or the Greens?

The EU manifestos are a bit of a laugh – clearly none of the political parties is taking us, the electors, particularly seriously.

UKIP’s has hardly anything in it except a large photograph of Nigel Farage – so that can’t be said to be misleading, anyway.

I honestly can’t find the Labour Party’s EU manifesto on the party website nor on the website of my Labour MEP – and after a while I gave up as everything I put into Google sent me to the Lib Dem EU manifesto which might be where quite a few other Labour supporters end up!

The Lib Dem manifesto discusses climate, energy, agriculture and fisheries and I quite like what I see there.

The Conservatives are claiming that a paltry 27 Marine Conservation Zones is one of their successes – a measure that came out of – ahem – the Labour Government’s Marine Act and which has been implemented at a snail’s pace by this ConDem government.  They must be having a larfff!  And the Conservatives don’t appear to have any policies for the natural environment for the next few years – at least that seems to reflect their present position fairly accurately.

And so, since I don’t live in Wales or Scotland or Northern Ireland, and am not completely bonkers, I come to the Green Party. The mini manifesto is noticeably short on wildlife policies too.

So, that hasn’t helped very much.  It feels like no-one is trying very hard to get my vote.  The Lib Dems and The Greens seem to be nice and well-meaning, and vaguely in tune with what I want.

I have to make up my mind, and I will vote.  It goes against the grain to be one of the EU’s 500 million electors and not exercise that right.

I can’t possibly vote UKIP because I believe in the EU (with all its faults) and I dislike almost all their policies. I can’t vote Conservative because they are trying to look like UKIP and their domestic environmental performance has been awful. I should vote Labour, as I am a Labour Party member, but I can’t find their manifesto and I haven’t seen much to enthuse me from Ed’s bunch in Westminster recently (although my Labour MP, Andy Sawford can absolutely count on my vote in the next general election).  I could vote Lib Dem, particularly as my LibDem MEP, Bill Newton-Dunn seems admirably sane, human and hard-working.  He also seems to get the environment. And he also left the Conservatives to become a LibDem so there is quite a lot to admire there. But I feel like protesting on behalf of the natural environment and the best way to do that in these elections is to vote Green. The Greens already have two UK MEPs and they both seem pretty good folk. And the Greens are the fourth largest party grouping in the European Parliament and I’d like to strengthen their hand.

So, two weeks today, I will vote Green (as I have once before in EU elections) and thus ensure that at least one person out of half a billion votes for a greener future. If a few others do the same then it will send a bit of a message to Labour and Conservative parties in this country and that won’t do any harm at all.

See my column in the May Birdwatch magazine for more on this subject (and a lovely photo of a female Bee-eater on the cover).