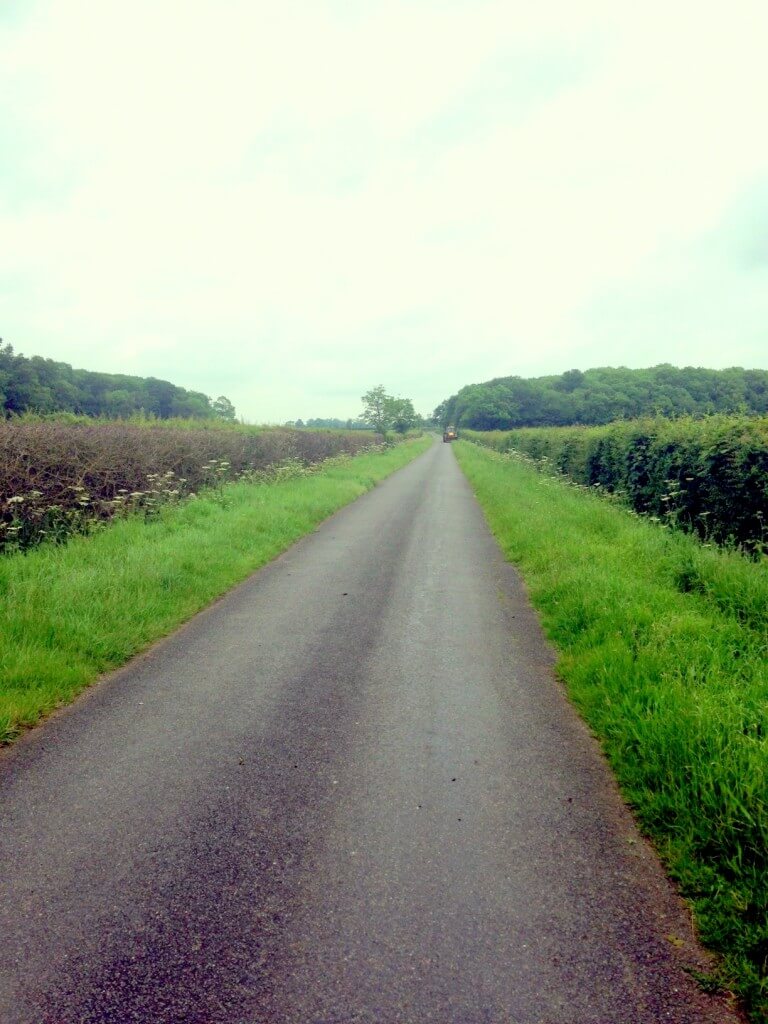 I was driving down a country lane not far from home, a couple of months ago, when I noticed that the hedge on one side of the road was rather sparse; and then I noticed it was completely lifeless.  I’ve never seen anything quite like it.

And it wasn’t just a few metres, it went on and on and on for, I reckon, over a mile. 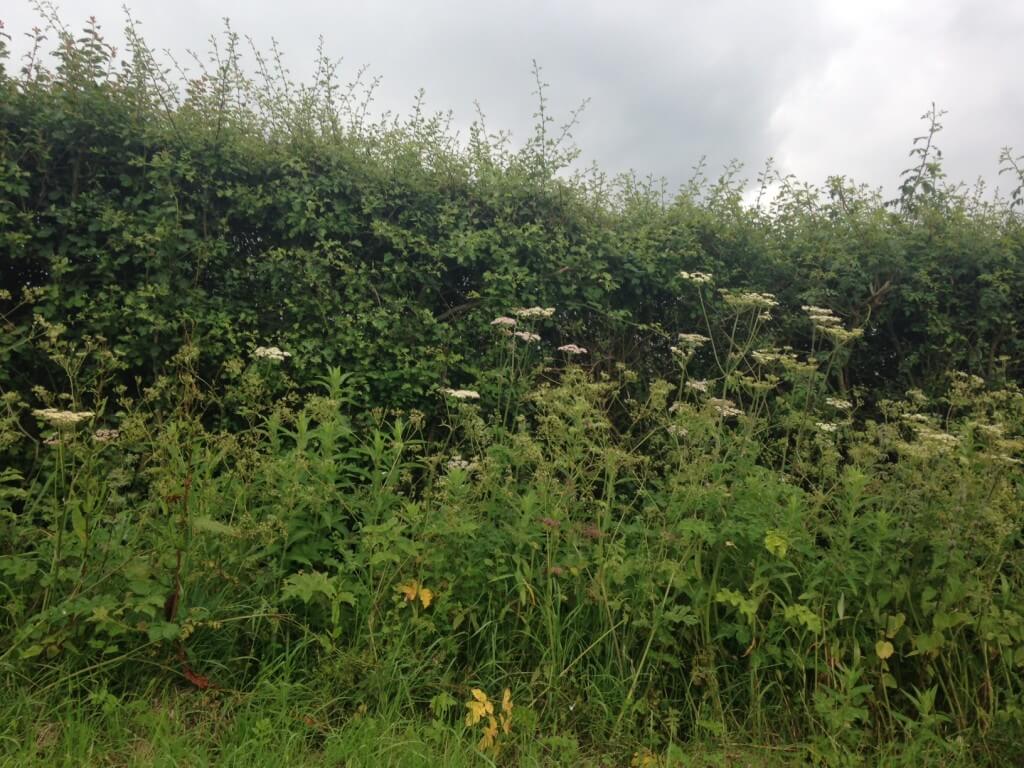 …that looks pretty good, doesn’t it? 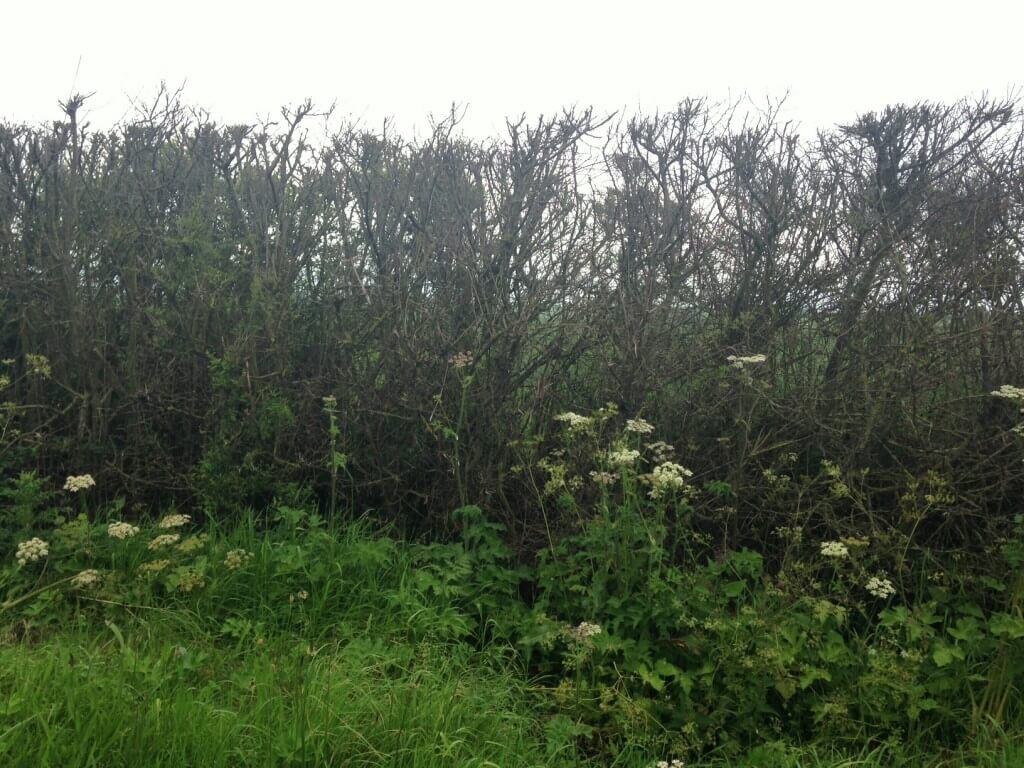 …and that looks pretty awful doesn’t it?

It is almost as though one side of the road was sprayed out, for a length of, as I say, and as I recall, over a mile. Incredible?

I did stop and mouthed at the man in the distant tractor in the top image ‘What happened there?’ but he shrugged and looked away, and I got the impression he wasn’t keen to talk.

Now, this is not a road I know well, but I talked to a few locals who said that they hadn’t noticed anything until this spring when one side of the road just never greened up.  The local belief is that a contractor drove down the road with his spray still running after spraying an autumn wheat field with herbicide last autumn. Farmers I have spoken to think this would be very difficult to do by accident with modern day machinery.  Nobody blames the farmer who actually owns most of this hedge and people say he is puzzled and upset too.

It’s a bit of a mystery. Anyone got any ideas?

Just in case you are wondering, locals tell me that the ‘bad’ side of the road now was, if anything, even better than the ‘good’ side of the road in previous years. I can’t  corroborate that but I have checked this very spot on Google Maps, at street view (amazing what you can find on the web ain’t it?), and in June 2009 I can attest that the two sides of the road look equally luxuriant and species-rich.  What a shame?

I wonder how long this long stretch of hedge will take to recover?  Any ideas on that please?