Skip to content
There is a local issue of national importance in next week’s Rochester and Strood by election: nature protection. Will masses of Nightingales disappear under masses of concrete?  Lodge Hill, Chattenden Woods is the only SSSI in the country specifically notified for its Nightingales – it’s an important site. A very important site.

Tory candidate, Kelly Tolhurst , is in favour of Nightingales too – even though Tory councillors voted for the concrete. Or maybe she is against a development without enough concrete-pouring (or infrastructure)

The Green Party candidate is in favour of Nightingales – no surprise there.

The Labour Party candidate, Naushabah Khan, is strangely quiet, as best I can tell, on this subject. Does anyone, perhaps a local, know what the position is?  Labour is quite an urban party but presumably the route to electoral victory is not to concrete over all the countryside? 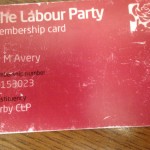 People like myself (is there anyone?) who are Labour supporters who care about nature and wildlife, as well as about people, will remember if Labour appear to put concrete before, and on top of, Nightingales.  It will eat away at our confidence in the party and our support for it. So, Labour, Nightingales or concrete? Which do you want?

17 Replies to “Where is Labour on Nightingales?”