I spent yesterday at the NERF conference in Derbyshire but a couple of people talked to me about the latest anti-RSPB article. This weekend it was the Sunday Telegraph’s turn (and I got a mention too).

It’s a very mixed-up piece. I’m not sure that the criticism of the relatively new, though not that new!, hide at Titchwell is real evidence of the RSPB losing its way. I think the hide is a bit ugly, a bit over the top, and I wonder when the windows will stop working (and was amused when I was in the said hide recently when two staff had to come round to clean the windows inside and outside (thus scaring a few birds away (but not many interestingly))). But an ugly hide (which was, by the way, partly externally funded I believe) doth not an evil organisation make, in my book anyway.

The piece then moves on down the road to the Lambert case where the writer clearly is on the same side as the RSPB because he states that Lambert got a 10-month suspended sentence whereas it was actually a paltry 10 weeks.  But who expects accuracy in this type of piece? 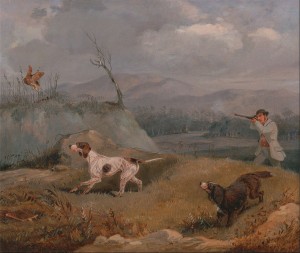 And speaking of the writer, I didn’t recognise the name William Langley so I thought I’d just Google his name (other search engines are available – though not so good in my opinion). Trying ‘william langley grouse shooting’ was just a shot in the dark really but seems to have hit the target with this article written in praise of the Glorious 12th in 2011.  I think we can see what side of the argument William Langley might be on from that article. If there is any doubt of Langley’s pro-shooting credentials then his article of last year about deer stalking will nail the fact.

By the way, I found that article very interesting and useful as it tells me that our beloved Prime Minister usually heads to Jura for a spot of deer stalking when he isn’t trying to take the Conservative Party to stand alongside UKIP’s politics. How interesting.

It seems as difficult for the Mail and Telegraph to find a shooting-neutral journalist as it is for Theresa May to find someone who isn’t mates with Lord Brittan to chair an enquiry in which he might be asked some questions.

‘Old hands in the birding world’ are bemused that Langley couldn’t find anyone more convincing than someone who earns a living from painting ‘sporting’ pictures (rather good ones I admit) to criticise the RSPB. Rodger McPhail is bemused.

And then the Countryside Alliance and the Game Conservancy are trotted out to criticise the RSPB. Well, we may have started with an irrelevant bird hide but we are on solid shooting ground now aren’t we? It’s so kind of Andrew Gilruth to come clean and criticise the RSPB for losing touch with its members and its mission. Let the mask slip a little there didn’t you Andrew? You’ve been so careful to appear as though GWCT and the RSPB were best mates all summer – sharing the same love of the Hen Harrier, sweating away together in the Defra group to find a way forward with shared enthusiasm and being the very best of friends. Ooops! 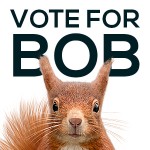 I talked to a long-standing acquaintance of mine, who would certainly rate as a long-standing friend of the RSPB, yesterday at the NERF conference.  She wasn’t the least bit bothered about a bit of Botham botheration. She had actually bought the Telegraph, as I suspect she does every Sunday, and I pointed her towards Langley’s piece and she wasn’t bothered about that either. She was more bothered about the RSPB going down market to the Vote for Bob people (which I really don’t mind at all – isn’t it funny?) and the name change of the magazine, especially to such a naff name, still rankles with her. An attack on the RSPB from a bunch of shooters who can’t even disguise where they are coming from, really doesn’t register with her except to make her jump to the RSPB’s defence when she was feeling a bit narked with them. Well done Beefy! Well done Langley! Well done GWCT! It takes a great knack to build up your enemy’s defences by attacking them. But you have done it!

And the other thing you have done is to show that you are the enemy. Shooting is gunning for the RSPB. ‘We’re all on the same side really’ has never sounded so thin and unconvincing – thanks to you all for the clarification.

And, by the way, the Conservation Director of the RSPB is called Martin Harper, not Mark Harper. It’s so difficult, it seems, to get the facts right. Even the simple ones, let alone the complicated ones.

29 Replies to “This time it’s the Storygraph”