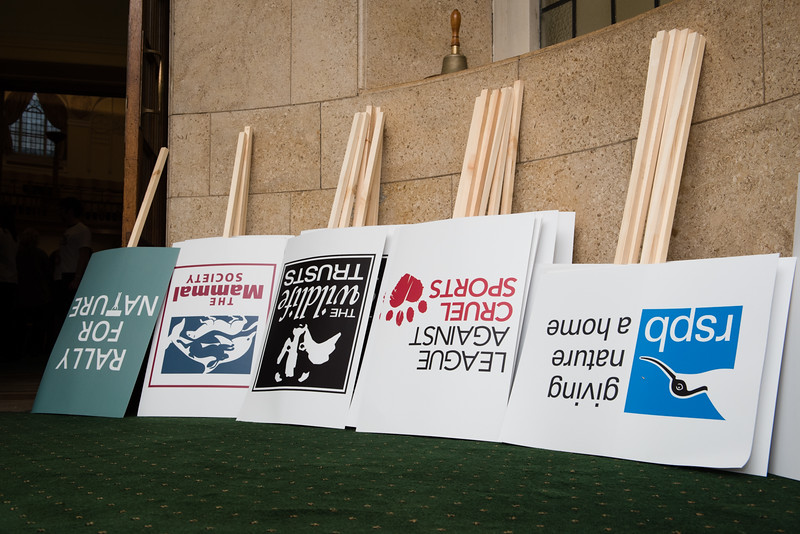 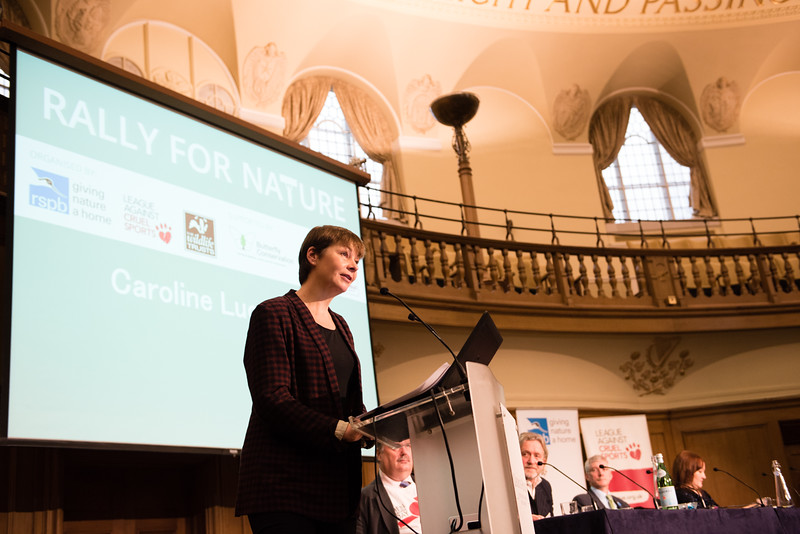 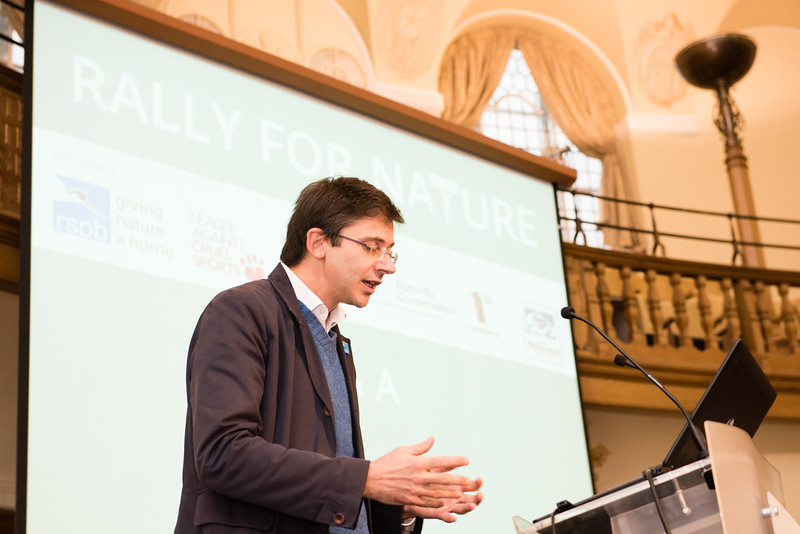 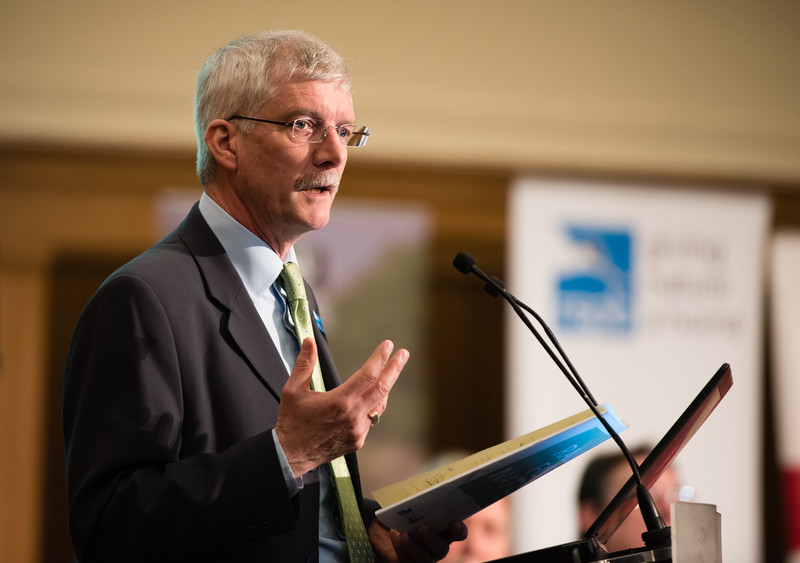 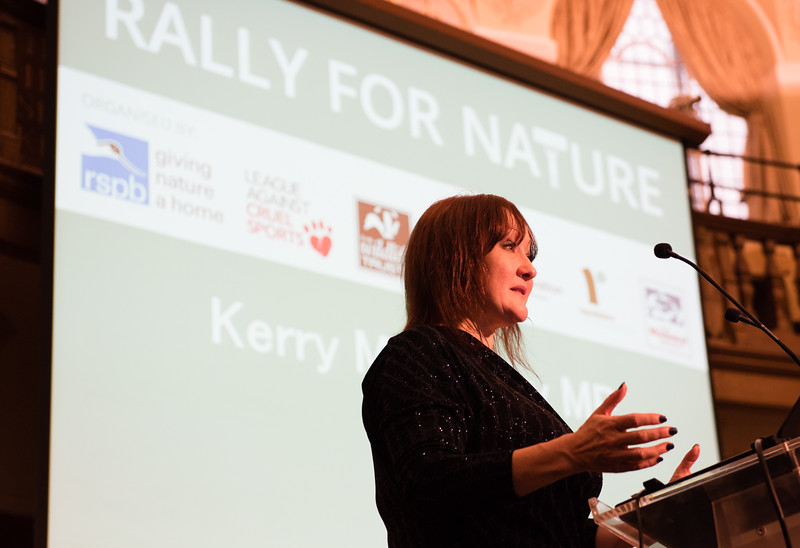 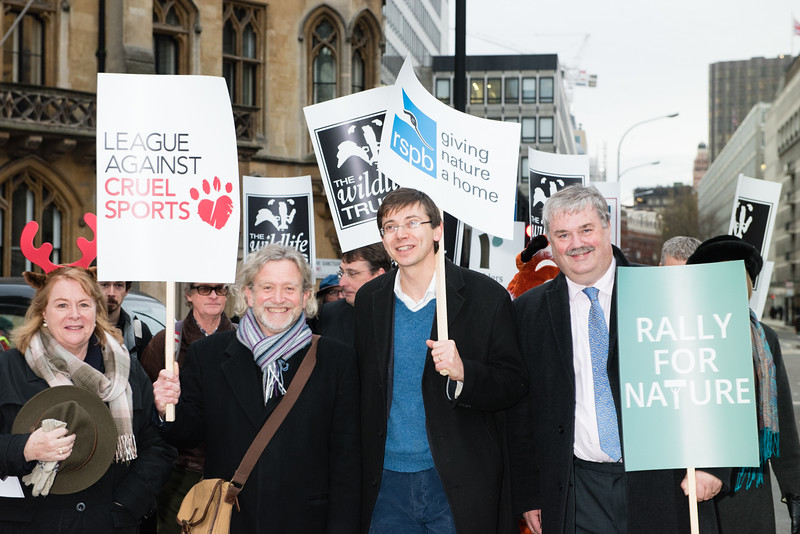 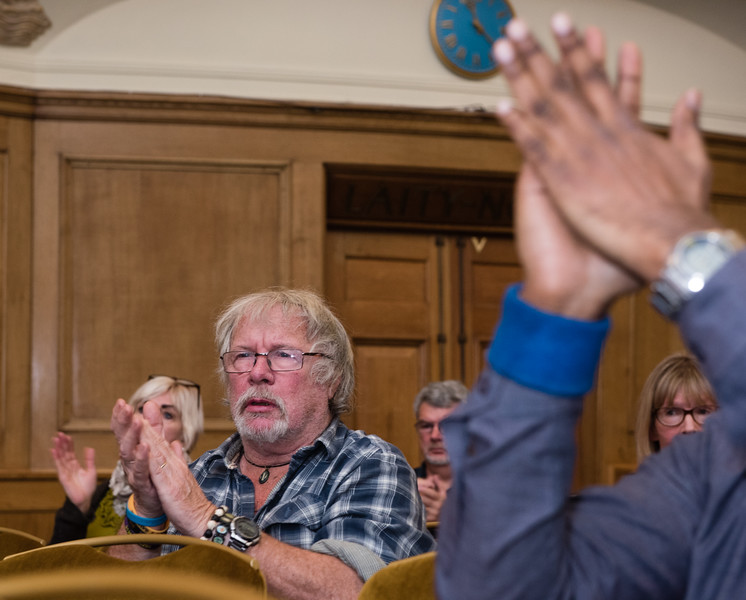 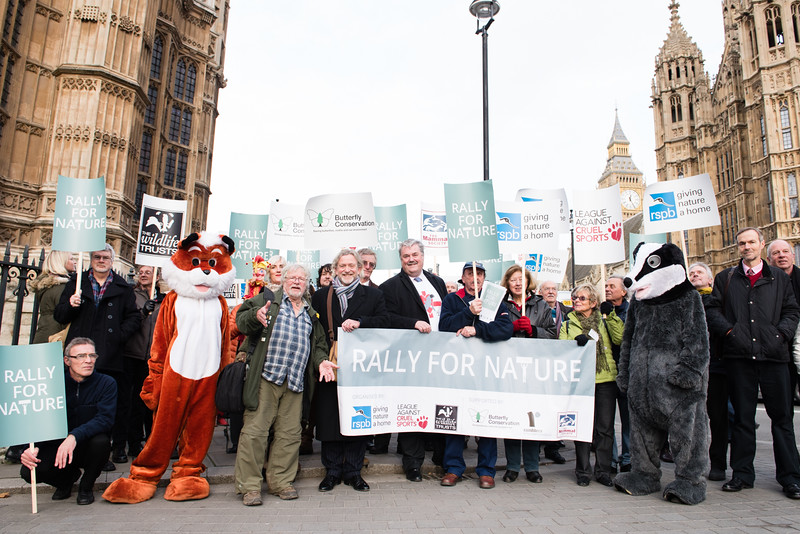 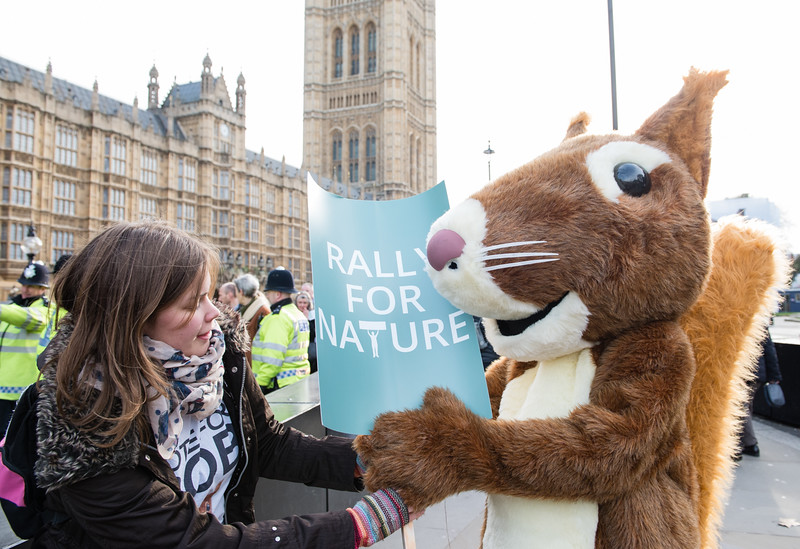 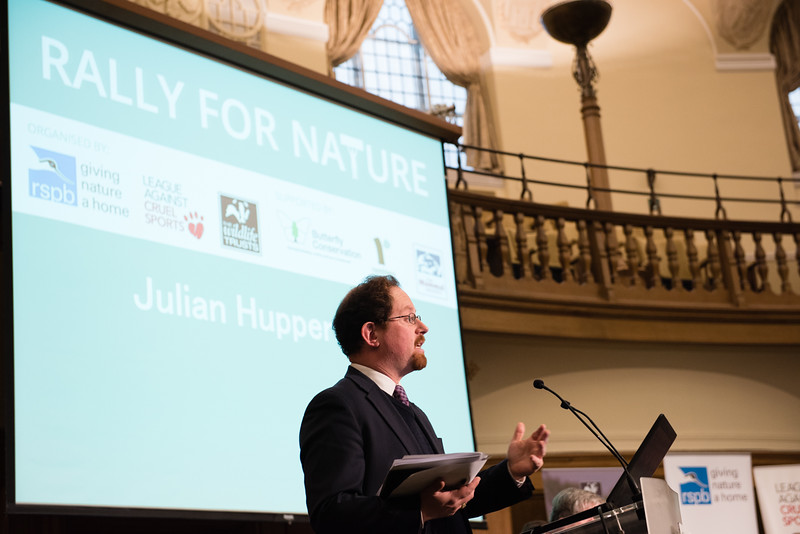 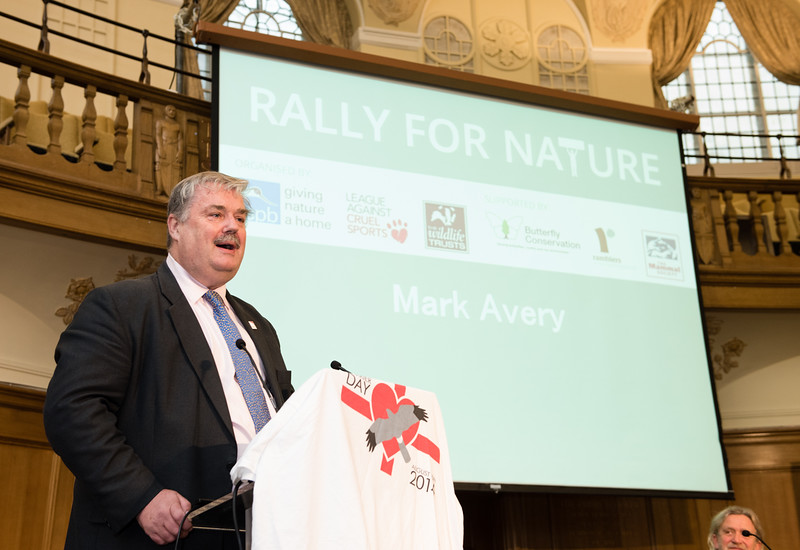 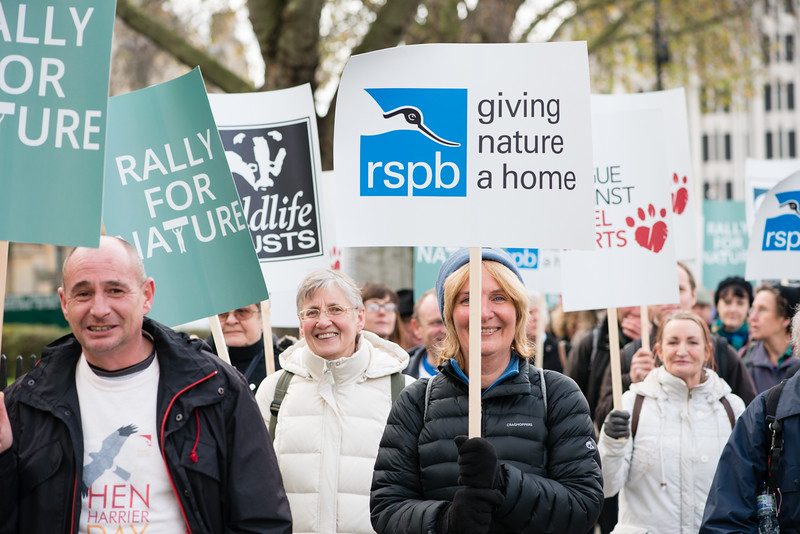 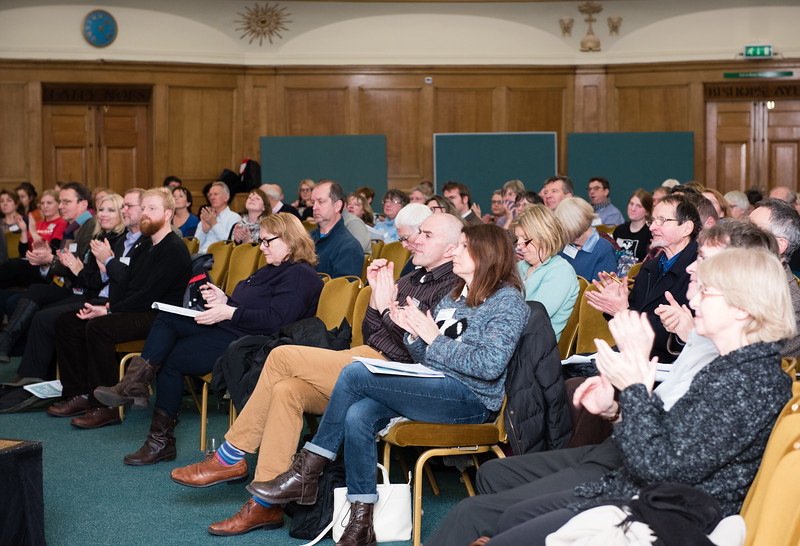 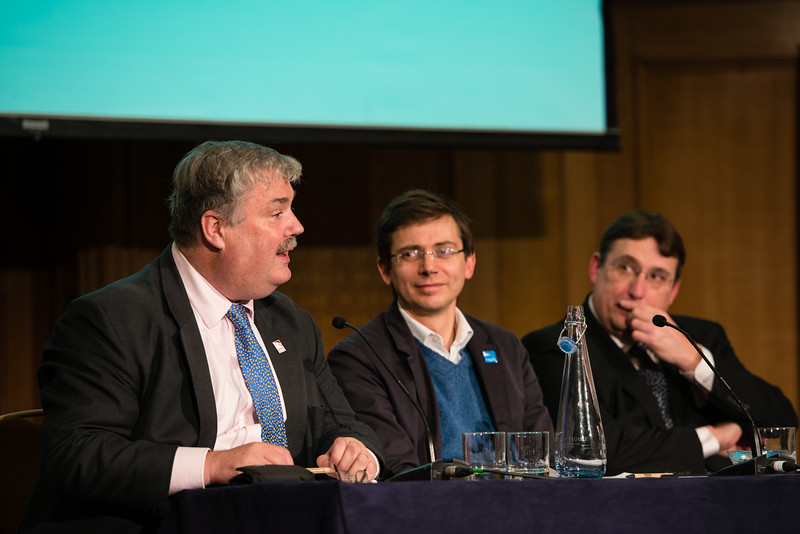 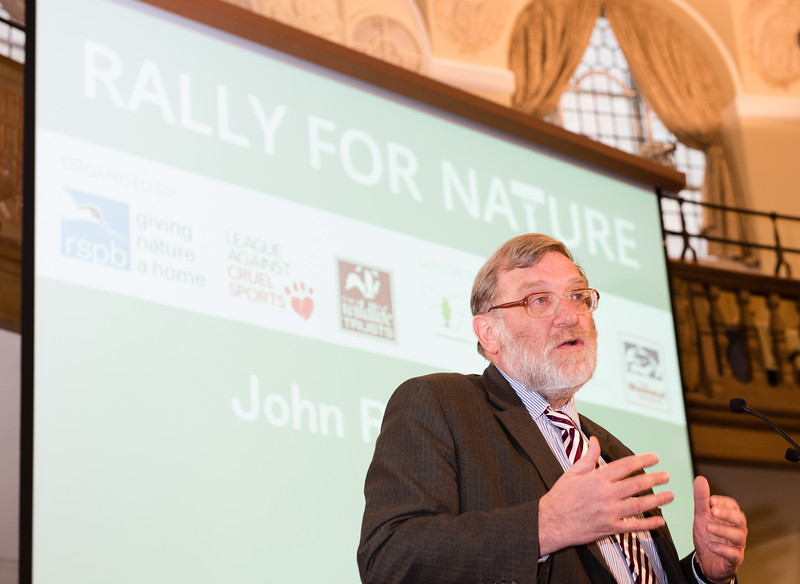 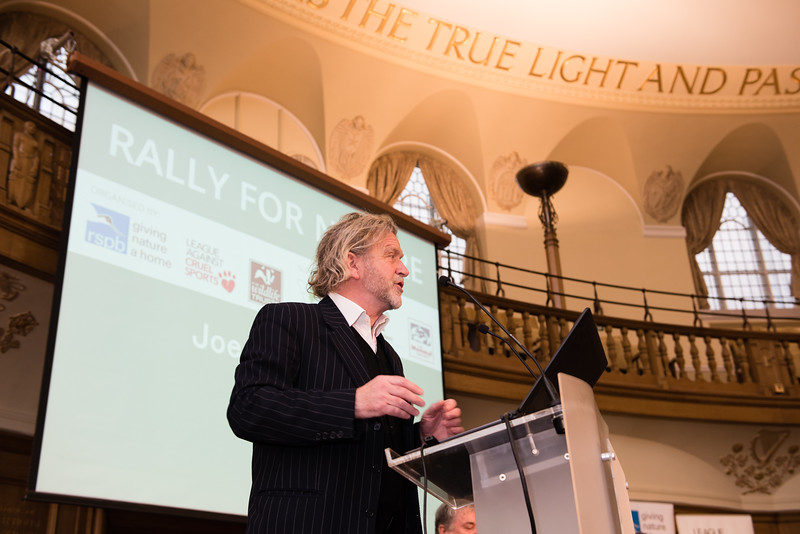 I see that Charles Moore has used his column in the Torygraph to have a go at the RSPB and the Wildlife Trusts for asking their members to show their support for a Nature and Wellbeing Act, to defend the EU nature directives (Birds Directive and Habitats and Species Directive) and to protest against wildlife crime.  Since Botham has, apparently, finished his spell of bowling without troubling the batsmen very much, the right-wing establishment (for that is who they are) has wheeled out a clever spinner.

Although he says some very nice things about me, I suspect that Charles Moore (not to be confused with Charlie Moores – I wouldn’t mind seeing the two of them chatting about these issues though) is much more exercised about the RSPB and the Wildlife Trusts working with the League Against Cruel Sports on this day (see LACS’s Chief executive, Joe Duckworth, pictured above).  It is a bit of a departure and it will be worrying the shooting community to their very toes. Where might it end? Who knows? But we know how it began – it was caused by the complete intransigence of the grouse shooting industry and their almost total elimination of the Hen Harrier in England.  It started with the type of avoidance of the truth that Charles Moore repeats in his column.

When I worked at the RSPB I used to get quite frustrated that I spent large amounts of my life talking to the shooting industry  about wildlife crime, with no tangible result, and practically no time talking to a range of organisations who were animal welfare or animal rights interests, such as the RSPCA and LACS.  It seems that the RSPB and the Moorland Association, for example, have run out of conversation for the time being.

Seeking broad coalitions, on areas of interest, with a wide range of organisations has always been the way at the RSPB and the Wildlife Trusts. They even talk to Defra! And the NFU! And industry! You find yourself talking to everyone but particularly those where there is some conflict or difference of opinion, and sometimes neglecting talking to your friends, and even more so neglecting to seek out new friends.

I see that Martin Harper has written his blog about the Charles Moore attack as he knew that it was coming. It’s well worth a read.

I posted a comment at the foot of the Moore’s column this morning too, as follows:

There is nothing more likely to turn the RSPB and the WIldlife Trusts into ‘activists’ than this sort of well-written, cleverly-worded, but rather nasty attack.

My ‘obsession’ with the Hen Harrier is because there should, according to the current science, be c2600 pairs in the UK and there are actually c800. there should be c300 pairs in England and there were 2 in 2013 and 4 in 2014. that is the sort of thing that nature conservationists tend to get ‘obsessive’ about.

When protected wildlife (protected for 60 years – protected by the last Churchill government in fact) is routinely killed by one interest group, grouse shooting, then that is shocking.

It was great that so many people came out to give their support to an end to wildlife crime and better wildlife laws on the penultimate day of the grouse shooting season. on 10 August, hundreds gathered in the uplands of England to protest specifically about the illegal persecution of Hen Harriers.
And nearly 20,000 have signed an e-petition to ban driven grouse shooting http://epetitions.direct.gov.uk/petitions/65627. That’s why Charles Moore and others are so rattled.

Well, I’m off to the races at Cheltenham now, a thing of which LACS would probably not approve. They may never talk to me again.  Maybe Charles Moore will invite me round to tea though? Maybe not.

5 Replies to “More photos from Tuesday – and the appearance of a ‘spinner’.”