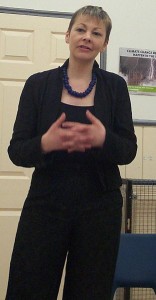 It’s a matter of continuing disappointment that the Labour Party appears not to have anything much to say on wildlife and rural issues. Maybe there will be a mesmerising  list of positive policy announcements over the weeks and months running up to the general election (four calendar months distant on Wednesday (and actually 17 weeks from Thursday)) but, also, there might not be.

So, here’s an idea that would immediately capture quite a lot of goodwill and even some votes for the Labour Party: announce that Labour will not contest Brighton Pavilion and will make Caroline Lucas Secretary of State for the Environment if Labour forms the government or the major partner in a coalition government.

What would Labour lose from this?:

What would Labour gain from this?:

It won’t happen – but it would be a smart move if it did happen. Remember, there may be some considerable horse-trading going on on 8 May 2015 and maybe for quite some time afterwards. There may well be some difficult compromises and deals to be done. Why not show the electorate that you are able to be flexible and act for the public good ahead of having to do so in a rush and in the confusion of a hard-fought election campaign? 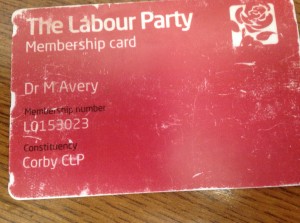 And by the way, this blog will put a lot of effort into keeping you informed of your electoral choices on the run up to the general election. It will welcome Guest Blogs from the political parties, from politicians and from informed, interesting and provocative writers. And I will aim to give you a well-informed commentary on, and guide to, the environmental aspects of the main parties’ manifestos.  Sometimes people mistake my membership of the Labour Party as undying devotion and complete adherence to all that it says – you may well find that that is very far from the case during this campaign (but, we’ll have to wait and see).

22 Replies to “How Labour could get some green votes”