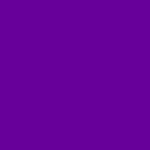 UKIP believes that our ‘history is the envy of the world’ (a rather dubious statement in itself) and maybe that’s why the election manifesto doesn’t point to a very clear future, at least as far as the environment is concerned.

The first place, that I noticed, that ‘environment’ crops up is in the section on ‘housing and the environment’ which is mostly about protecting green belt and prime agricultural land. It contains an attack on the coalition government’s National Planning Policy Framework for not delivering local decision-making and for allowing too unfettered development. There are some interesting proposals for allowing local referendums to block large-scale housing developments.

The Climate Change Act gets a drubbing in the Energy section for putting up energy costs but since there is no evidence here, and little elsewhere, that UKIP recognises that climate change is a problem then it’s easy for UKIP to pretend that costs are the only element of the game. A UKIP government will rejuvenate our coal industry and drop all subsidies for wind and solar power.

The UKIP farming policy is written by a farmer who wants subsidies shifted towards small farmers and away from the big boys. Once we have left the EU then farm subsidies will only be paid on land that meets 2013 ELS requirements – an interesting idea that would link all payments to environmental delivery which would be good. Unfortunately, not good enough as ELS was, on average, far too weak and easy to attain (and covered much of the country anyway). But it would be a good start, and a serious shift in policy in the right direction.  UKIP would not give subsidy to land that is not agriculturally productive such as golf courses, racetracks and, I guess, nature reserves, which doesn’t seem a bad idea to me, even though it would be terribly inconvenient for our land-owning NGOs. Subsidy would also not be paid on land close to wind turbines or solar panels – just in case you had any doubt on UKIP’s views on them.  This does look like living in the past.

There is nothing about wildlife here at all.

When we leave the EU, we’ll fish better. There is a chance that this could be a part of a non-EU future. However, there are two consecutive sentences in the manifesto, ‘Fishing grounds have been so over-fished that some are at the point of collapse. Our fishing fleet is half its former size.’ and UKIP plans to reverse the decline in our fishing industry. One wonders how they plan to avoid further overfishing…  But dolphin-unfriendly pair trawler fishing for bass will be banned.

An anti-climate change, anti-EU party will find it difficult to appeal to most environmentalists.  Despite there being some interesting ideas in here, and some well-aimed attacks on the record of the coalition government, this is not, deeply not, a green manifesto.

The UKIP manifesto is well worth a read. Read it and then please vote for any political party other than them.  UKIP is a head-in-the-sand party that wants to live in bucolic Britain where the great British pub has been saved and we can drink ourselves silly in splendid isolation as little Britons isolated from the rest of the world, enjoying our history whilst the planet fries.

Actually, I would like a few of you to vote UKIP please. I’d like to see Nigel Farage in parliament just for the amusement value.

Other political party manifestos are available: