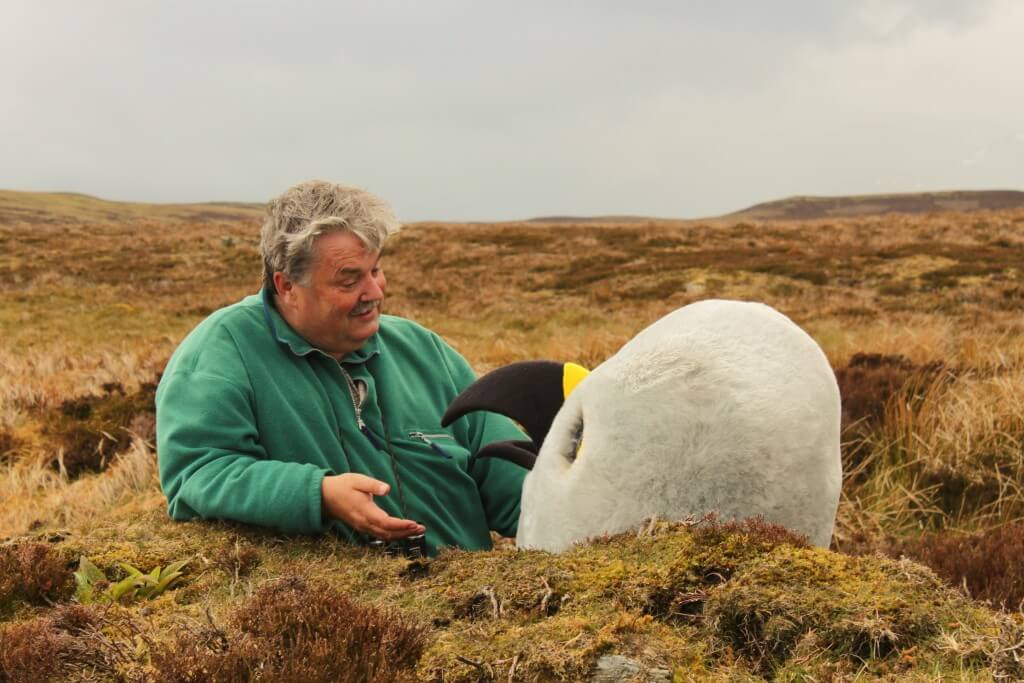 Henry and I were having a chat in a grouse butt in Perthshire the other day…as you do.

A few minutes after this photograph was taken a lady passed us in a car with a Scottish Gamekeepers’ Association sticker on it. That reminds me – we must call in on them soon.

But Henry and I were chatting about this and that, including vicarious liability (they have that in Scotland you know!), and we’d quite like it in England too.

We met a lot of raptor workers (they were keen to see Henry!), and even if only half of the stories we heard about raptor persecution in Scotland are true, and I imagine they all are, then it’s a pretty awful state of affairs up there.

We also heard some good news about plans for Hen Harrier Day in several different parts of Scotland.  It all sounds really good.

At least the SNH website says ‘Hen harriers have long been subject to illegal persecution, notably over some areas of moorland managed for driven red grouse shooting’. which is more than you will find on the hapless GOV.UK website.

Henry asked about a new initiative, which really is a bit of repackaging of many things that have been happening for years plus a few new elements, called ‘Heads Up for Harriers‘.

I don’t know that much about this initiative except that it is produced by the Partnership Against Wildlife Crime in Scotland, which includes GWCT, SLE, RSPB and many other groups, but I’ve read the account on the website. It is very notable that it contains no mention, no mention at all, of brood-meddling as part of any solution to the illegal persecution of the Hen Harrier in Scotland (on ‘some areas of moorland managed for driven grouse shooting’). Maybe that’s because the Hawk and Owl Trust weren’t on the group, but GWCT were, Scottish Land and Estates were, the Scottish Gamekeepers’ Association was, BASC was, and yet brood meddling wasn’t thought to be part of the solution in Scotland. How interesting. Maybe someone can explain by commenting here? And Defra would certainly have to explain if they were foolish enough to consider brood-meddling in England (where the problem for the Hen Harrier is quite clearly adult-meddling).

I was also interested in the Action Plan to deal with crime against Hen Harriers – in three sections Intelligence (no comment), Enforcement and Prevention. Look how many mentions of Police Scotland there are (eight I make it!) – does Natural England (a delivery body of Defra) have similar views? Do they have a plan? Do Defra have a clue?

If you believed in brood-meddling then you would have got it into this list, possibly under point 16 in the section on ‘Prevention’? But that states, ‘Ensure advice to reduce hen harrier-grouse conflict is available to land managers…notably building on experience of Langholm Moor Demonstration Project’. Nothing to do with brood-meddling in there. How interesting.

Henry and I would love to hear more about this plan from our mates in Scotland. Is this a good plan? Are there some big snags in it? How many estates have volunteered to have nest cameras on their Hen Harrier nests this year? I hear it is five – that’s a start, I guess. Are they all estates with dodgy pasts who have seen the light? Or might they be estates which have a better reputation? How many estates were asked? Did any say ‘no’ or even ‘hell no!’?

PS Did you watch Springwatch last night? If so you would have heard about the loss of male Hen Harriers in the English uplands this season and the promise that the team will come back to this issue in Autumnwatch – guess when? – yes, in the autumn.  More profile for the nation’s ninth-favourite, and most persecuted, bird.

Keep in touch with Hen Harrier Day events through this website.

5 Replies to “Occupy the butts!”