Defra doesn’t have a plan for Hen Harrier conservation – if it did then the deployment of satellite tags on a large scale by private individuals and wildlife NGOs would have to be part of it.

Of course, we taxpayers have paid for satellite (and radio) tags to be deployed on a moderate scale for the last 14 years – but we can’t tell what came out of our investment because it’s almost all secret. I can’t think of another publicly-funded study (of a hot topic too!) which has lasted for 14 years for which there have been so few outputs.

But in 2008 there was an output from Natural England, here are a few quotes:

What has changed since then?  Nothing except that the situation has worsened and we have twice elected a government that has done absolutely nothing about this widespread wildlife crime.

If Defra had a Hen Harrier conservation plan then widespread satellite tagging of Hen Harriers would form a major part of it because: 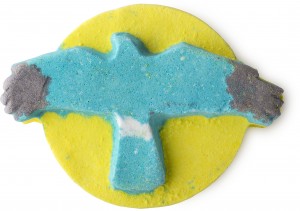 So, it really is a no-brainer. And all those who care desperately, about Hen Harrier conservation will no doubt match Defra funding for this element of the Defra non-plan. The RSPB is already doing its bit. LUSH are selling bath bombs to raise more money for tags. ecotricity has promised to fund a tag or two.

No doubt the GWCT will pass the hat around their grouse shooting members, all of whom have a terrible crush on Hen Harriers, to raise a few hundred thousand pounds. The Hawk and Owl Trust will chip in thanks to their hugely enlarged membership. Tim Bonner will make a moving video – apologising to Chris Packham – and promising that the Countryside Alliance will fund several tags, the first three of which will be called Barney, White and Spunner.

Provided tagging is done under licence by qualified individuals then it carries little danger of harm to harriers (large numbers of smaller Montagu’s Harriers are whizzing around the world with similar tags right now) but it is important that standards are maintained in that respect.

The war against this wildlife crime will be won not in the corridors of Whitehall but on the moors of upland Britain when the ability to detect and investigate wildlife crime is greatly enhanced by the deployment of a non-secret weapon of mass detection.