Skip to content
I visited Spurn Point on Monday.  The wind was from the south-east, it was the end of October and I was on the east coast.  It could only mean one thing – it was a bit nippy!

No, no, the only thing it could mean was that there was a chance of rare birds, and the most perfect of late October rare birds is the Pallas’s Warbler.

But the Heligoland trap had some Tree Sparrows hopping around in it, and the sea buckthorn was covered with hungry Starlings.  The closest to a Pallas’s was a Yellow-browed Warbler down the road in the car park of the Crown.  Except I couldn’t find it. There was a Chiffchaff and a few Goldcrests – but no Yellow-browed. A Yellow-browed Warbler is a bit like a hybrid between a Chiffchaff (dull greenish grey warbler) and a Goldcrest (tiny crested wing-barred non-warbler) but since I didn’t see one I can’t say much more about it.  This bird, was found by a more skilled birder across the road and down a bit, a little later in the day.

The tide was out and there were a few Knot, Grey Plover, Dunlin, Redshank and Curlew footling about in the mud, and a larger roosting flock of Golden Plover a long way away.

There were now more Redwings and Fieldfares with the Starlings.

I had a look in the Canal Scrape hide and there was what a birdwatcher on the east coast would say was ‘nothing’ there, which of course wasn’t strictly true, as there were Dabchicks, Mallards, a Little Egret, Moorhens, a Sparrowhawk and other birds to be seen. But nothing ‘special’.

Walking back to the car a few moments later I met a man who asked whether there was any sign of the Pallas’s that had been reported here. Ah! I said I’d seen something that had made me wonder, but not well enough, and it might well have been a Goldcrest. We went back a few paces to where I’d seen it and then the man, a nice man, said ‘it’ had been seen in the Dell.

The small group of us waited for it to come back – as they often do on a circuit. And had the usual conversation about how ‘smart’ they are, and how you can’t see all the fieldmarks at once and, as usual, the phrase ‘better than sex’ was used.

And then we heard ‘it’ had been seen back in the car park so off we went. I always think it is the depth of uncoolness to run after a tiny bird – sauntering is cool. So I sauntered, and luckily it was still there and ‘showing well’.

For the next 20 minutes or so we had ‘it’ in view in fits and starts in the sunshine on the edges of hawthorns, sycamores, willows and other bushes and trees. We saw ‘it’ hover and point its square yellow rump in our direction.  We saw it from just about every angle and out in the open. We had ‘crippling’ views (as we say).

Every time ‘it’ was in the open then it was applauded by a chorus of motor-driven camera shutters.

The thing that people always say about Spurn is that ‘it takes longer to get there than you think – even when you are nearly there’ and that’s true. But on Monday it was well worth it. 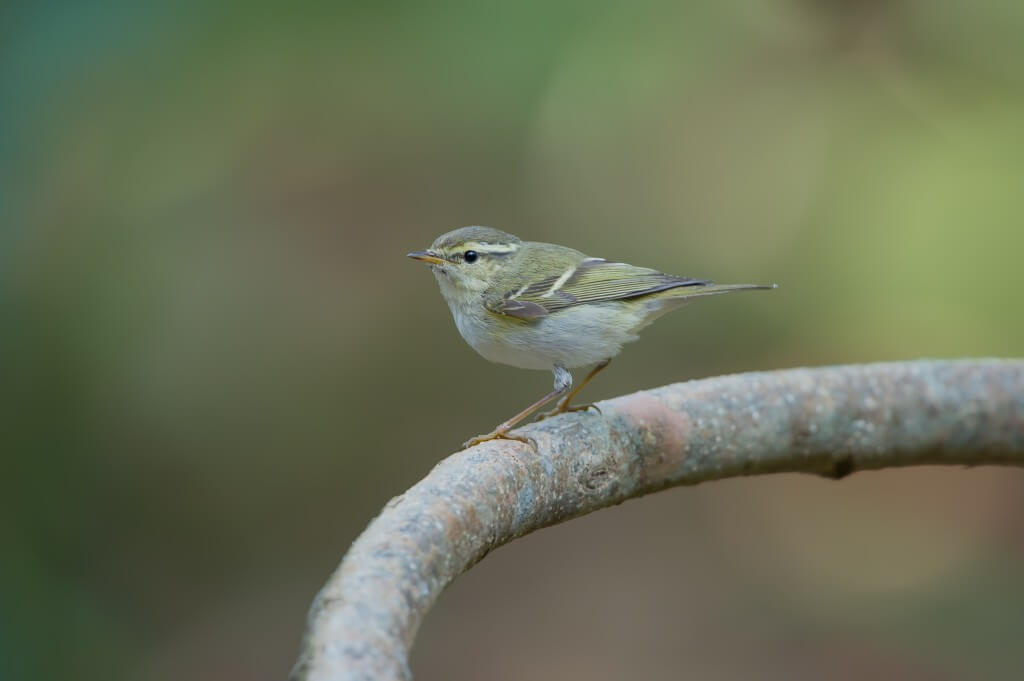