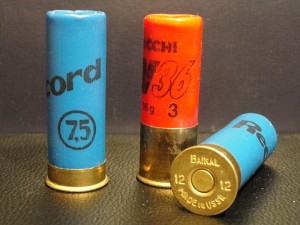 Lead is a poison.

We have removed lead from paints, water pipes, fishing weights, and most significantly from petrol.  All of these changes were opposed by vested interests at the time and no-one is asking for those changes to be reversed these days (see here, here, here, here)

Young children and foetuses are particularly susceptible to the impacts of lead (here, here).

Consumption of one game meat meal per fortnight (of small game such as pheasants, grouse, pigeons, partridges, shot with lead shot) will reduce child IQ by 1 point.

The Food Standards Agency describe ‘occasional consumption of lead-shot game birds’ that would have minimal effect on overall exposure to lead as being ‘about twice a year’ (see here and here).

Ingestion of spent lead ammunition poisons c73,000 wildfowl in the UK each winter and it’s not a nice way to go.

An expert group, whose existence is partly down to me when I worked at the RSPB, and on which I sat until I left the RSPB, has produced a report whose findings have been in the public domain for months, even though Defra is mysteriously sitting on the actual report. The findings of that group recommend that lead ammunition should be phased out as:

The UK government agreed at an international meeting in Quito in autumn 2014 to phase out the use of lead ammunition in three years – and has, as yet, not done a thing.

Countries such as Denmark banned the use of lead ammunition a couple of decades ago – shooters wouldn’t want it back.

There are no real problems for shooters in switching to ammunition which is non-toxic and which avoids all these harmful impacts.

Banning lead ammunition isn’t difficult – lots of countries, and states in the USA, have done it.

Defra is sitting on a scientific report which comes to the conclusion that lead ammunition should be banned and has been inactive for over seven months. This is a scandal.