As described in my earlier blogs (here and here)  the inter-governmental Convention on Migratory Species (CMS) has been holding a Conference of the Parties (COP) in Quito, Ecuador this week. One of the Resolutions aimed at stopping the poisoning of migratory birds includes phasing out the use of toxic lead ammunition. I am delighted to tell you that the Parties to the CMS have today adopted the Resolution, the guidelines of which call for a rapid phase out of the use of lead ammunition in all habitats and its replacement with non-toxic alternatives.

It has been known for more over 50 years that large numbers of migratory waterbirds die of lead poisoning every year after eating spent gunshot that has fallen to the ground, either in wetlands or other habitats in which they feed. Regulations introduced in England in 1999 require the use of non-toxic shot for shooting wildfowl and over certain wetlands (see Fighting for Birds pages 248-253 for some of the story). However, these have failed to protect waterbirds because compliance with the law is very low, and because many wildfowl feed in areas where toxic lead shot can still be used legally. Partial regulations that allow toxic lead shot to be used for shooting some species in some areas but not others have proven ineffective in England and are very difficult to enforce.

A second problem is that many gamebirds that are shot survive but carry shot in their flesh. These, along with unretrieved shot animals, can be eaten by predatory and scavenging birds like White-tailed Eagles, that may consequently ingest ammunition fragments and die of lead poisoning.

Eating game that has been shot with lead ammunition can also present health risks to people, especially pregnant women and children, as outlined in advice to frequent consumers of game provided by the Food Standards Agency in the UK and several other health agencies in the EU.

Adoption of this CMS Resolution highlights the global significance of lead poisoning from all types of ammunition in both wetlands and terrestrial habitats and is testament to commitment by Governments across the world to stop this avoidable source of suffering and mortality in migratory birds.

It is great news that the UK as part of the EU delegation has been able to endorse this recommendation and I said that I would give them a pat on the back so here it is!

It remains to be seen quite how quickly governments, including those in each part of the UK, will act on this resolution – but having supported it, it would be embarrassing for the UK not to get on with it quickly.  And the Defra/FSA Lead Ammunition Group was heading pretty much to this conclusion anyway, as I understand it, despite the foot-dragging of some in the shooting community. 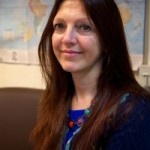 The organisations in the UK who can claim most credit for this move are the RSPB and WWT, although I would praise each rather more if they hadn’t both gone rather quiet on the subject recently.  And undoubtedly the individual who should be given the most credit is Dr Debbie Pain (ex-RSPB) who is Director of Conservation of the WWT and who has been working in this area for many years – doing the science and doing the advocacy.

And as for the shooting community, they have this last chance to retain a shred of public respect on this issue: man-up! welcome this move, say you were happy for it to happen and that you will do everything to help the UK achieve lead-free ammunition status as quickly as possible.

Governments across the world commit to stopping veterinary use of diclofenac

And at the same meeting, the Conference of the Parties has agreed to ban veterinary use of diclofenac in order to protect scavenging birds, especially vultures.  This, is really good news (although it is only our low faith in governments’ ability to act sensibly that makes it quite such a matter of elation – it is really a no-brainer!).  But it is very good news.

And again, that Dr Debbie Pain has been a major player from the UK in this achievement. Debbie led the RSPB’s research on this subject for many years, working with Prof Rhys Green and others.  Another fine achievement.

But in this case, you may share in the credit – if you signed this e-petition as you were asked to do several times on this blog.  Well done you, too! (see here, here, here).

So, all in all, it seems like quite a good day.