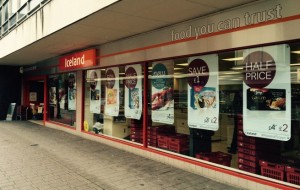 A few questions for Iceland Foods (‘food you can trust’):

Lead is a poison

On the basis of recent tests, this product is likely to contain lead levels which are on average 100 times higher than the maximum permissible levels of lead in other forms of meat

By eating this product you will increase your dietary lead intake this week; probably by a factor of 5-10 fold

The Food Standards Agency has been quoted as saying: ‘occasional consumption of lead-shot game birds’ that would have minimal effect on overall exposure to lead would be ‘about twice a year’

The Food Standards Agency says ‘To minimise the risk of lead intake, people who frequently eat lead-shot game, particularly small game, should cut down their consumption. This is especially important for vulnerable groups such as toddlers and children, pregnant women and women trying for a baby, as exposure to lead can harm the developing brain and nervous system.’

I know this is quite a large label but you currently don’t tell your customers any of this even though you are ‘committed to providing safe, healthy and ethically sourced food‘ and ‘All Iceland brand products are clearly labelled on the back of our packs with a full and honest list of our ingredients, and information on their nutritional value.‘.  Just saying…

And perhaps other supermarkets might want to consider similar labels for their game meat. I wonder have they tested the lead levels in their game meat?  Maybe we should do it for them.