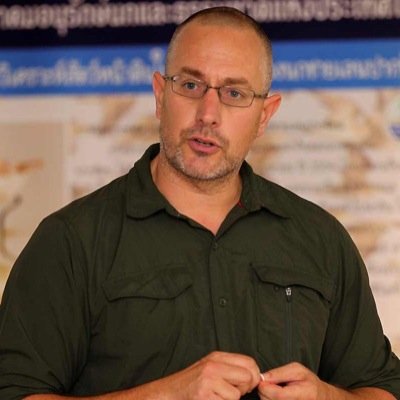 Rob Sheldon is a freelance conservationist. He has worked in nature conservation for almost 20 years, including 12 years with the Royal Society for the Protection of Birds (RSPB). Since 2013, he has been the Chairman of the Ornithological Society of the Middle East, The Caucasus and Central Asia (OSME). Most recently he has worked for the Zoological Society of London (ZSL) as the Director of the King Khalid Wildlife Research Centre (KKWRC) in Saudi Arabia.

The petition to ban the use of toxic lead ammunition has been running for a little over 3 months now, so we’re half way through the allotted time period. The petition closes on the 4th May. When I was pondering whether to start the petition, I wanted to define what a successful outcome would be.

I was under no illusion that we would reach the ultimate target of a debate in parliament. This would require nothing short of a miracle. At the end of the petition period would the use of toxic lead ammunition be banned in the UK – certainly not. I set two targets which I, and a few people who I consulted, thought were achievable. Firstly, getting to 10,000 signatures, and eliciting a response from the Government seemed a challenge but was certainly achievable. Personally, I was delighted when we reached this target on the 11th of January. To get there, the petition has received support from a range organisations and individuals. Notably from the excellent Wildfowl and Wetlands Trust (WWT), who had sent a direct email to their supporters asking them to support the petition. You can never really tell how much impact one email can have on signature gathering, but I do check the petition most evenings, and record the number of signatures. From the data I’d suggest that the WWT email added at least 2000 signatures to the petition. Impressive but this still only represents about 1% of their members.

The RSPB have sent a few tweets via Twitter and following the publication of the proceedings of the Oxford Lead symposium, the Conservation Director, Martin Harper, blogged about the lead issue and included a link to the petition. I was less clear what the impact of these were on petition signatures, but it surely helped. If I had to make a guess, I’d say that a further 1000 signatures may have been added through this promotion. This equates to not more than 0.1% of the RSPBs growing membership. I specifically mention WWT and RSPB as the phase out of lead ammunition is the stated policy of both organisations. The Wildlife Trusts too, have promoted the issue of lead ammunition through a blog , and subsequent links via social media, but I can’t even hazard a guess at the impact that these have had on numbers. And of course, Mark Avery and this blog has promoted the issue for a number of years , and has been especially supportive throughout the period the petition has been running.

A couple of key events clearly added signatures too. The publication of the proceedings of the Oxford Lead symposium and the resulting stories in the press, especially a BBC article, bought the attention of lead ammunition to people who were previously blissfully unaware of the issue. A Westminster Hall debate on lead ammunition was proposed by Gerald Jones, Labour MP for Merthyr Tydfil & Rhymney, and created more ‘excitement’ on social media. So this brings me to the second of my targets for the petition, creating more awareness of the issue of lead ammunition and the impact it has on wildlife and health. I won’t re-iterate the well-trodden rationale for the banning of toxic lead ammunition, it has been very well explained on this blog , and the proceedings of the Oxford Lead symposium makes the case clearly. However, I’d suggest that ‘our’ petition has helped raise awareness, although I certainly can’t quantify that. And I’d say that this blog should take a huge amount of credit for raising that awareness too. Rules Restaurant must certainly be aware of the issue now, and do you think Iceland Foods will sell grouse later this year? I doubt we’ll ever know how many of the almost 11,500 signatures knew about toxic lead ammunition before the petition was launched, but even if just a few percent are now more aware, then I’d say that is a success.

One may also consider it a success that upon launching the petition to ban toxic lead ammunition, a ‘counter’ petition was established to keep lead. To date, this has reached more than 23,000 signatures. Let’s think about that, twice as many people want to keep poisoning our wildlife, our environment and our food, than don’t!! It’s a funny old world.

So what next? We’ve certainly achieved one of my initial targets, and probably helped with the other. Where would I like the petition to be on the 4th May? Could we overhaul the ‘counter’ petition? At this stage such a target seems unfeasible, but I’d like to think it could be done. It would require increased promotion from our NGOs, from local bird clubs and wildlife groups. More sharing on Facebook, more Tweeting on Twitter, more chatting down the pub. The story to ban lead ammunition in the UK has been ongoing for more than 30 years, if you’d like to be part of that story, then send a few Tweets, share on Facebook, ask your friends and family to sign the petition, and ask your NGOs to continue to speak out against toxic lead ammunition. To borrow a phrase from this blog – WE WILL WIN.