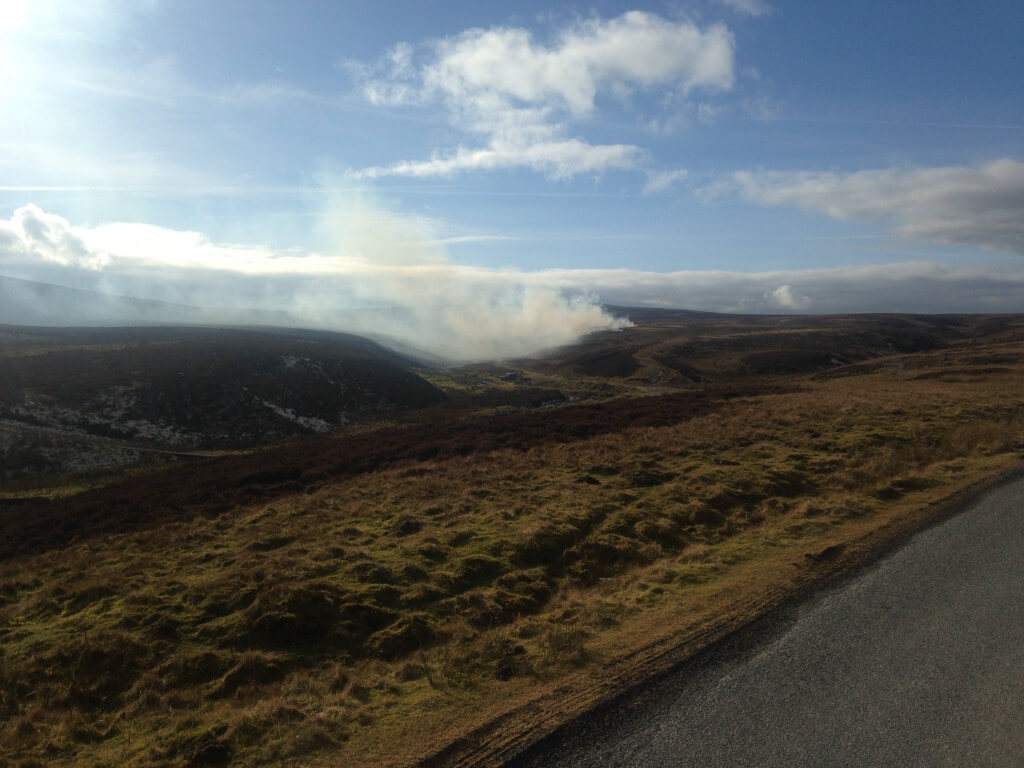 As I drove north up the A1 through Yorkshire, plumes of smoke were rising from our National Parks: the North York Moors on the right and the Yorkshire Dales on the left.  They were being torched in order to provide the right conditions for unnaturally high densities of Red Grouse.

Passing through parts of Yorkshire, Durham and Northumberland I came across many places where the heather was being burned in National Parks and AONBs.

Quite how this form of industrial management contributes to the ‘preservation and enhancement of natural beauty in England and Wales, and particularly in the areas designated under this Act as National Parks or as areas of outstanding natural beauty‘ as originally envisaged in the National Parks and Access to the Countryside Act 1949, I cannot explain.

As I travelled, I looked at the patchwork of recently and less-recently burned heather and wondered how this could be allowed in a National Park – if you are looking for nature then the burning regime of a driven grouse moor is about as far from it as you can get.

And this burning and drainage is now thought to have a wide range of unfavourable ecological and financial impacts on us all: increased greenhouse gas emissions, increased flood risk, increased need for water treatment, lower aquatic biodiversity.

But there were lots of Red Grouse – all potential targets for shooting practice for the guns on the Inglorious 12th and after.

I thought several times how tough these Red Grouse are: living up in the hills all through the year. It was cold enough up there to send me back into the car pretty quickly.

Three cheers for the famous grouse – and three boos for the grouse shooters.

18 Replies to “Torch the parks”