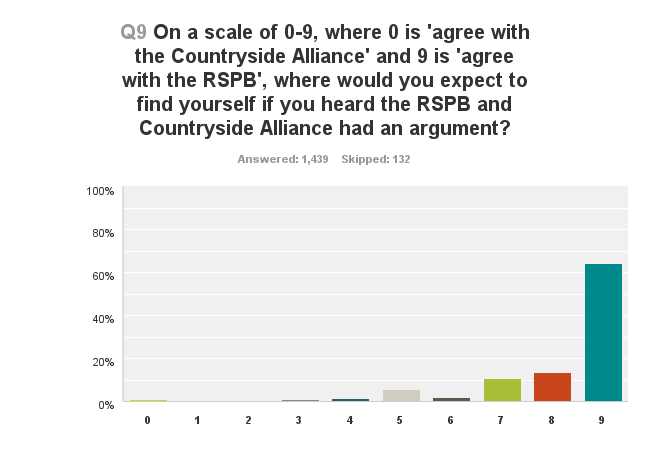 The author and readers of this blog are pretty pro-RSPB people as supported by the graph above where most of us voted strongly in favour of believing the RSPB over the Countryside Alliance – this isn’t surprising, and is very wise of us, but it is a very strong preference.

Not surprisingly, we also oppose the misguided Badger cull and are unconvinced that birds of prey are a wildlife issue (next two graphs). 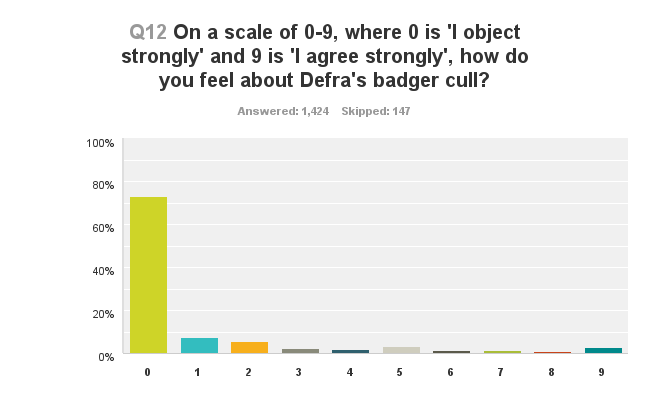 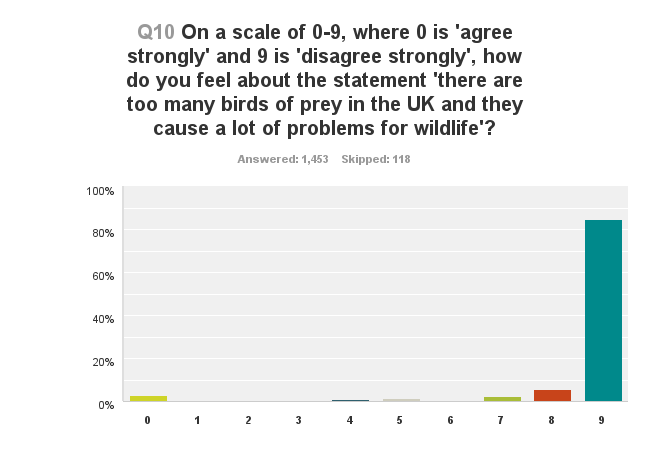 But given that, it is perhaps surprising that we are so lukewarm in our ‘support’ for the RSPB position on the Defra Hen Harrier Inaction Plan (below). 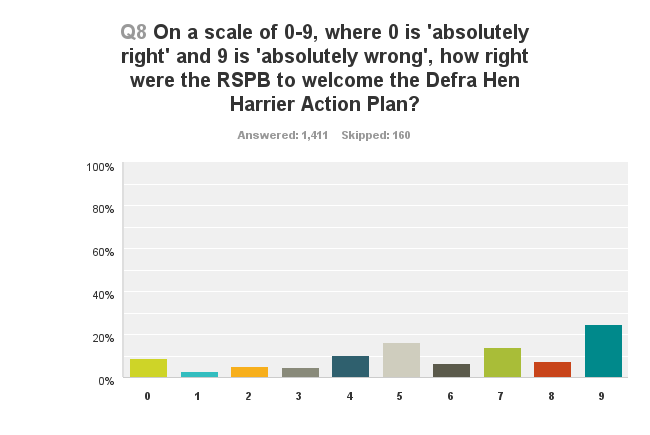 We don’t, in general, support the RSPB position, and those who do, do so with little strength of feeling.  Since the survey results are anonymous, I cannot tell you whether Shania Twain took part or not, but if she did then I guess she would tell the RSPB to dance with the ones who brought them.