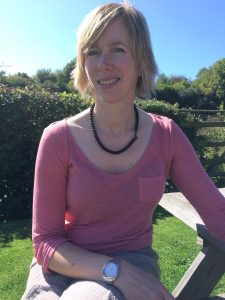 Carrie Hume is Director of Conservation & Campaigns at the Marine Conservation Society. She grew  up in the seaside town of Lowestoft, with a long family legacy of entrepreneurial fisherman, who were ultimately doomed by the early-twentieth century collapse in the local fishing industry. Currently land locked in Herefordshire, a committed environmentalist, she is coming full circle back to her marine roots to help recover our great British seas.

If you were a fish in UK waters right now, you might want to reconsider where you swam. Because according to some, after leaving the European Union we are going to have more fish and chips for British gullets. That place where you thought you could safely hide out, feed, and have your fishy ways with each other, well that might be up for grabs too. Because although we do safeguard parts of our UK seas for you through domestic site protection and other seasonal closures, the majority of this (at least via protected areas) comes from places set up through European law. And, the reason you’re generally not fished to smithereens is because we took it on the chin long ago that we needed to work with our neighbours to ensure a share that was fair and didn’t drive you to extinction. That was called the Common Fisheries Policy (CFP), and it took a while to sort it out, but we eventually got there.

There are only so many ways to divvy up the fish in the sea and only so many fish in the sea. Outside of the EU this simple conundrum remains. We could try to lure more fish our way from elsewhere, but fish rather stubbornly like it where they do and have millenia-old migrations patterns. There will be no stealing fish away that way. Maybe by protecting and restoring some of the British seabed (a habitat once as interesting as any rainforest), we could offer better places for foraging and reproduction and therefore more fish for domestic consumption. Perhaps we would also be better able to keep out foreign fleets once we’ve left the EU. A win-win?

So how would that work? We’d need to fully look after the protected areas that we’ve already established so that damage and over fishing doesn’t take place within them. We’d need to bring the sites currently

set up through the EU into domestic protection, emulating their reason for being which is ecologically sound. We have made great progress putting in good protection for many of our sites, but there is a way to go. Maybe bringing those sites into domestic protection would give us more control over what goes on in them? We already know however, that not enough of the sea is protected, even with the sites that already exist – more areas are needed to make sure fish and other marine wildlife can do all of the things they need to do in all of the right places – no point giving you a feeding larder but no sexy boudoir. So, we’d have to protect even more of the sea, and we’re obliged to do that under international obligations that have nothing to do with the EU anyway. So, safeguarded sites, fish feeding and spawning away, free from interference, and then swimming into our nets fat and happy – and your fish and chips assured! There is still a bit of a problem there. What? …..

Well there is this tricky little problem called historic rights. You fish are valuable, and correspondingly many nations have secured rights to fish in other parts of the world and in some cases these rights go back hundreds of years. There exist somewhat ancient, but still entirely legal laws of the sea that precede the CFP and allow other nations to fish in our waters. And, we Brits in our great exploration of the seas also secured similar rights. Many of our current rights are set out in and negotiated through the CFP. We leave the CFP, and those rights need to be negotiated all over again. Do you think our bargaining position is strong? So Mr Cod, Haddock and your friends, it’s not going to be as easy as some might think. We might well end up with something a few years down the line that looks and feels a lot like the CFP. But in some ways that’s a distraction from the real issue of marine ecosystem collapse. Maybe we can instead have something that performs the same function as the CFP in terms of assuring sustainable fish stocks, but which also facilitates and further crystallises the need for a transformation of the marine environment in our domestic waters. This is so dearly needed and would put us on a world leading platform.