The RSPB is celebrating the success of its long term Stone Curlew recovery project at the moment. And so it should, as the Stone Curlew was heading for extinction in the UK before the RSPB got involved. The recovery of this bird, which will always remain localised in its distribution because it is quite fussy about life, is a great example of the RSPB’s almost unique approach to nature conservation involving excellent research, practical work on the ground through nature reserves and working with a wide range of other landowners, and policy work which makes it easier for wildlife-friendly actions to be taken by others whose primary aim in not nature conservation.

Yesterday the RSPB gave a Guest Blog to Gerald Gray, the head gamekeeper of a large estate in the Breckland area.  This estate has worked with the RSPB for a good many years, I’ve been there many times myself, and has played a full part in Stone Curlew recovery. 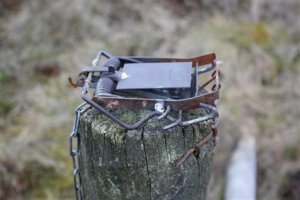 Is the RSPB cleverly demonstrating that you can’t tar all gamekeepers with the same brush (as you surely can’t) or demonstrating that the RSPB’s ability to forgive an influential landowner knows no bounds? Is the RSPB’s choice of Gerald Gray as a hero merited because of many, many years of effective collaboration on an important conservation issue or should a letter have been sent to Gray’s employer saying ‘if only there hadn’t been that ‘unfortunate incident’ last year…’?  I’ve heard all of those views expressed and I find it difficult to know on which side I would come down myself today, or would have come down many years ago when I might have had a say in it.  What do you think?

I’ve also heard people suggesting that the RSPB’s left hand didn’t know what its right hand was doing (I think that unlikely), that the RSPB should go back to the wisdom of Shania Twain (always a good place to go, see here and here) and that RSPB has been taking PR lessons from Scottish Mountaineering (the two cases are quite different). What do you think?

16 Replies to “Heroes and villains”