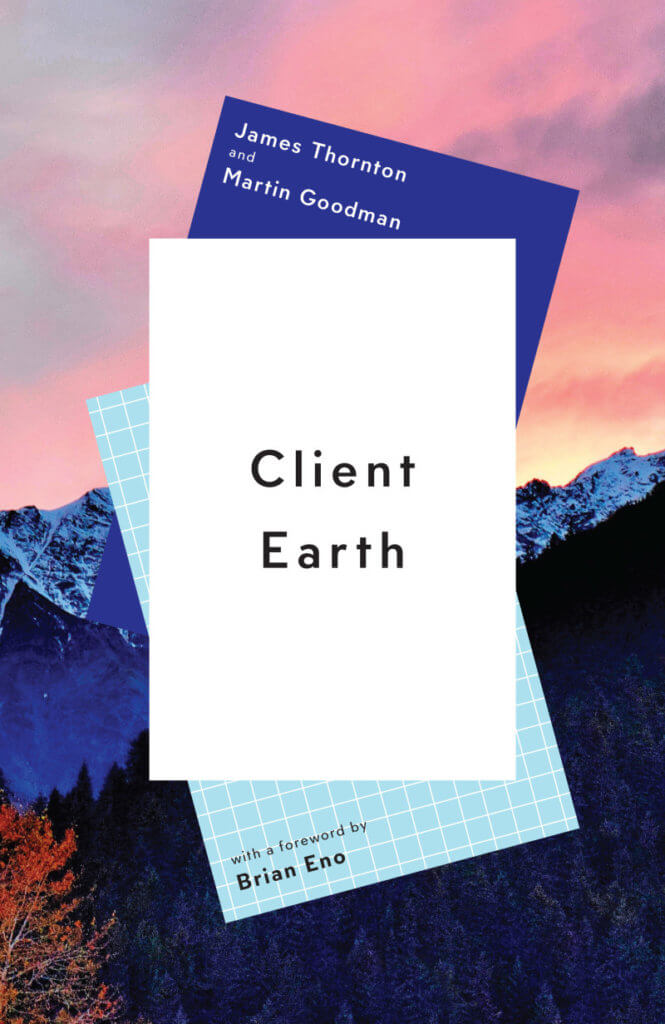 Some of my best friends over the years have been lawyers – although, come to think of it, not that many – but I have always had a mistrust of the role of the courts in conservation and environmental matters. But over the last few years, in a time when government has no intention of doing good, then I’ve thought that we should use the courts a lot more.

This book, written by the lawyer founder of the public interest law firm Client Earth (Thornton), and an author (Goodman), makes a strong case for the use of the law in protecting the planet.

The foreword by Brian Eno is an eye-opener in itself: well-written, well-argued and inspirational.

Client Earth, the law firm, has had success in recent months over air quality, or distinct and dangerous lack of quality, in the English courts.  Some of that story is told in Chapter 5 – An Air that Kills.

The case is made here, that the law is what holds human society together, not good will, or our wish to work together, or care for each other, but a set of rules that protect us all from us all.  And the authors argue that the environmental health of our air, land and water needs the same sort of approach, and that’s why the book, and the law firm, are called Client Earth.

Let’s just imagine that we continue to have the same ecologically destructive and uncaring bunch of politicians in Westminster after 8 June as we have had since 2010, and with an even bigger majority – our wildlife NGOs are going to look even more irrelevant than they do at the moment. Wildlife NGOs are still appealing to the common sense and better nature of our government to halt environmental degradation and destruction and it just hasn’t worked.  We will need tough bright people to take on the government when it fails, as it will, to do what it should. Maybe we should close down the RSPB and Wildlife Trusts, and a bunch of others, for the next five years and put the resources saved into legal action?  Perhaps we should go back to 1970, and the phrase of another US lawyer and environmentalist, Victor Yannacone, and ‘Sue the Bastards!’.

The law is a strange land – my experience of it has been that a lot of what happens there makes sense but some of it doesn’t at all.  And hiring lawyers is expensive and uncomfortable for normal people. Not only does it seem to cost an arm and a leg, but you also seem to do most of the work while the lawyers make ridiculous demands on your time (when you are paying them!).  My much-preferred route to save nature is through popular will, through a movement of like-minded people expressing their will and changing the system, but in these times, we may need to pay the equivalent of skilled hit-men to win battles for us.

This book is different from any I’ve read and was thus very stimulating. It is a good read and the messages are put across with true stories that are well told. I recommend it as a thoughtful read.  And it may be that it carries messages that are particularly pertinent to our times and our predicament.

Client Earth by James Thornton and Martin Goodman is published by Scribe.