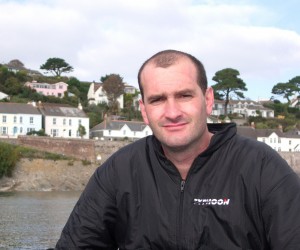 Jean-Luc Solandt is a marine biologist struggling to get out of a policy expert. He worked on coral reef ecology for 15 years, providing diving survey data for the creation of Marine Protected Areas. He’s been working in the UK at the Marine Conservation Society for over 15 years on developing networks of MPAs, making sure they’re ‘well-managed’, whilst trying to manage being the ReefCheck Coordinator of the Maldives. He loves guitars and bikes.

His previous guest blog here was ‘Protecting the knackered‘ in November 2015.

We are quite rightly remembering Passchendaele, and have seen the incredible resilience of our youth when the horrors of Dunkirk are witnessed in our cinemas – whilst eating popcorn in energy-hungry theatres (middle class guilt NOW folks….). We, in our conservation sector bubble, and you who are reading this – are probably aware that the greatest enemy is now climate change, habitat loss and mass ignorance. But corporations want us to believe Terrorism, Brexit and the Labour Party are our biggest enemies as opposed to worrying about the planet’s capacity to sustain our population – possibly because this may affect our consumption rate. Perhaps the greatest threat is indeed ignorance and a humanistic desire to ignore the worst news, and ‘carry on’ as those brave soldiers did 100 years ago….let’s ‘get on with the job’. Indeed my own mother say’s ‘the next generation will sort this out’. We haven’t got the time, I tell her!

Last week the 3 billion pounds per annum paid to UK farmers in subsidies again hit the headlines. Mr Gove wants that cash to be paid in return for greater environmental protection by farmers. But what is the parallel for the fishing industry, and will the “once in a lifetime opportunity”, that the new Defra Secretary of State talks about, extend beyond the land to include our seas?

A couple of years ago, I wrote about the Welsh Government’s decision to not only de-designate part of a Marine Protected Area, but also for their plans to allow scallop dredging a part of the remaining area. It’s to be in a part of Cardigan Bay where ‘valuable’ or ‘vulnerable’ features aren’t there – perhaps this was because it had already been damaged by the dredging in 2009? Obviously this makes the Marine ‘Protected’ Area meaningless. In a similar vein, my colleagues in Scotland produced a marvellous campaign and film in 2015 (that you can still see on youtube) that pleaded for Scottish Government not to ‘take the P out of MPAs’ when considering management. This has sadly been the case for some areas, and how they’re managed. For example, in England, the Wash ‘Special Area of Conservation’ has only 1.4% of its waters protected from beam trawling for shrimp – an activity that has mesh size of about 5mm (mosquito net analogy comes to mind), and is towed on the seabed by a one-tonne bar. So currently this fishing is happening all the way around one tiny fraction of a worm reef in a large MPA. The ‘P’ has not only been taken out of this ‘MPA’, but been battered, fried, consumed and **** out! As a friend once said, turning the acronym to ‘MA’ from ‘MPA’. 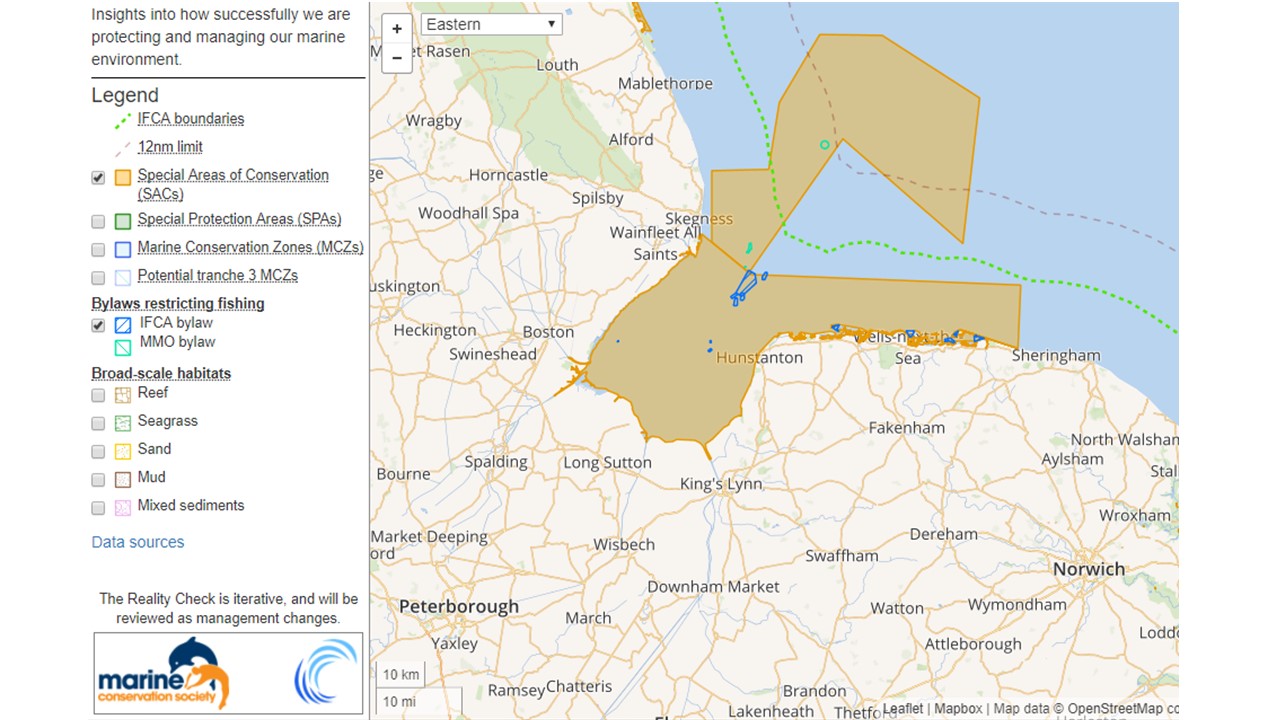 We have a problem in society – on land and at sea, and that is industrialised food production. The host of this blog has clearly and passionately explained the situation on land, but at sea we also have this problem big time – though it is unseen, unrecognised and with no vocal representative. The seas are a source of protein, and that alone to most of us. Stories in the UK media are only defined by fish and chips, and the odd plastic bag (Because of course that’s all that comes from, and goes into, the sea…or sells newspapers). Every second breath we take comes from the sea – but overexploitation is reducing her oxygen production.

A ‘meta-analysis[1]’ has just come out from global experts on the impact of bottom trawling (Hiddink et al., 2017, Proceedings of the National Academy of Science). This paper uses language that describes the findings of the various experts as being able to ‘inform best practices to achieve sustainable fishing’ and will be ‘of use to policymakers, conservationists …… for risk assessment’ and ‘management strategies’. It describes much of the continental shelf of the waters that are fished as being not fished more than once a year, and some hotspots that are fished intensively maybe up to 20x per year.  It says that ‘risk aversion would likely depend on the perceived value of a habitat type’. It is an entirely utilitarian approach to the activity. And this paper completely ignored 2 aspects: (1) what was the historical baseline of the natural history and processes of the seabed before the advent of industrial trawling: i.e. is there any ‘value’ left?, and (2) what else could the ecosystems that are being ‘sustainably harvested’ also offer wider society if bottom trawl fishing either hadn’t happened in the first place (not practical of course), or were closed for over 100 years (very practical)? None of these authors’ studies have revealed what happens to ecosystems on the timescale and perhaps even area scale that will allow large animals to recover. Now let’s be clear – I don’t have a problem with the paper per se, but I do have a problem when certain vested interest groups believe that such an analysis represents what ecosystem recovery and ‘natural habitats’ are meant to be within Marine Protected Areas. It’s a nonsense to say that seabed trawling has had limited impacts on the natural historical environment. On land we want to see natural wild places with minimal impacts of man (upland grouse moor habitat perhaps :)). At sea we face similar wilful ignorance – ‘wildness’ doesn’t necessarily mean ‘natural’.

So what do I – and probably most ‘conservationists’ want? Areas that are truly protected with rules for wildlife and different ecological processes that allow the ecosystems to recover. Can we not have angelsharks anymore? Can we not have fan and horse mussel beds covering 1000s of football pitches of the seabed? Can we not have sturgeon again? It seems not, because if ‘conservation’ means fishing every gravel seabed once a year, because there is then recovery of the ‘benthic invertebrate community’, then our seas will never recover in MPAs. Yes, we may have sustainable cod production, but we won’t have anything else.

Our seas and land are not there just for the production of cod and chips! If this Government expects farmers to do more to protect the terrestrial environment, then why should the bottom trawl fishing industry not have a greater duty to protect the marine environment? Here’s hoping that the ‘Green Brexit’ that Mr Gove aspires to extends to a ‘Blue Brexit’ that enables our seas to truly recover, then thrive.  Let’s remember our ancestors who died for nothing years ago, and take stock of what we’re doing to the world around us as another tragedy since their time. What would they say?

[1] – which means where authors get together and put their papers together, and data to get a bigger picture story

4 Replies to “Guest blog – Are we simply farming our seas? by Jean-Luc Solandt”