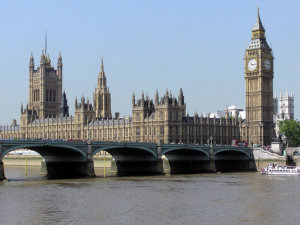 Westminster MPs have stepped forward to become champions for different endangered species (and a similar scheme exists in Scotland).  There is an interesting article about this in the current BBC Wildlife Magazine written by James Fair.

I’m quoted in the article and my point is whether these MPs will speak out for their species on contentious issues such as HS2, farming policy, Natural England’s budget and powers, neonicotinoids etc etc. because all these things and others affect the species. Will the species benefit from their MPs, or will it work the other way around with the MPs benefitting from some greenwash from their species?  Well, we’ll have to see.

As you look through the list below you will notice more Conservatives than Labour (or Lib Dem or Green) MPs and I guess that is partly because the Tories are more likely to represent rural constituencies which contain these species (Sarah Wollaston is the obvious candidate for the Cirl Bunting for example – although Ben Bradshaw could have a case) but it might also be that the Conservatives have (more MPs and) a deeper interest in wildlife overall.

Also, as you look through the list you should not think to yourself ‘Ah! Horrid!’ or ‘slippery customer’ when you associate MPs with their species – no, you must not.

If any of these is your MP then do, please, write and congratulate them today – they’ll like it and be a bit surprised that anyone noticed. Give it a few months and then ask them what they have done for their species in parliament to date.  By doing either or both you will be helping this twinning scheme to work.

19 Replies to “Your species champions at Westminster”