Stuart Housden (above, 9th from the left and sixth from the right) retires from the RSPB and I was glad to attend his farewell do in Edinburgh last week.

I thought I was at the RSPB for quite a long time, 25 years, but Stuart was there for 10 years before I breezed in and stayed for the 6 years after I breezed out.  Stuart was, and still is, a phenomenon.

He started at RSPB as an investigator in the team catching wildlife criminals but moved into dealing with a different group of miscreants when becoming the RSPB’s parliamentary officer where he was involved with advocacy in parliament to get the Wildlife and Countryside Act of 1981. Stuart became the head of policy and advocacy next (although it had an odder name than that) and that was when I first encountered him when I was a very junior research biologist.

Stuart deserves much of the credit for moving the RSPB from a bird protection organisation (concentrating on nature reserves and influencing wildlife laws and their implementation) to a wildlife conservation organisation which still does great work in its core areas but also tries, and succeeds, in influencing major policy areas (eg agriculture, forestry, planning etc) which affect all wildlife.

But Stuart is a birder at heart, and not a bad one either – although he has never shown me a lifer whereas I have shown him one. We can explain the smiles in the photo above, and date it to mid/late April 1996 (!), because we had all seen a couple of Harlequin Ducks on the Ayr coast on that trip.

Stuart moved north, to follow Frank Hamilton as the RSPB Director, Scotland in 1994 (and it was good to see Frank last week too), and that has been his role for the last 23 years. He has built up a good team, added to the RSPB’s nature reserve landholding in Scotland (not something he would have supported in his previous Lodge-based job!) and generally raised the RSPB’s prominence in Scottish environmental decision-making.

I said to Stuart last week that I was sorry we hadn’t worked together more often in an external role – most of our interactions were either agreeing or disagreeing (usually agreeing) internally rather than having the opportunity to address the world together. Stuart is the type of colleague that you want by your side in a fight, particularly a long-drawn out fight – and much of advocacy is essentially to do with the combat of ideas – because he has great sticking power, the ability to shrug off setbacks and insults and an ability to undermine the other side’s case through their weakest point.

Stuart was always a valued colleague (even when he was being very irritating) and has been a major force in nature conservation for decades.  He’s also a birder and a good bloke.  The RSPB will miss him but as you look around the organisation there are many who were recruited by him, mentored by him and inspired by him so his influence will persist for many a year although there will be fewer and fewer who will realise that.

Stuart has asked that if you want to mark his achievements and departure then please make a donation to help establish a grove of 500 native trees at a wonderful restoration project in the highly endangered rainforest of coastal Brazil – where only 7% of this biodiverse habitat survives. For the price of a pint of beer, a native tree can be grown from seed, and established on protected land at REGUA.  The 500 trees will be equal, more or less, to the number of months Stuart has worked for RSPB. 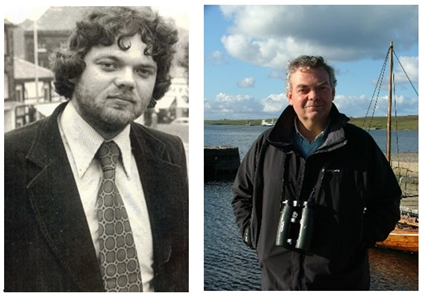 4 Replies to “A phenomenon – Stuart Housden”