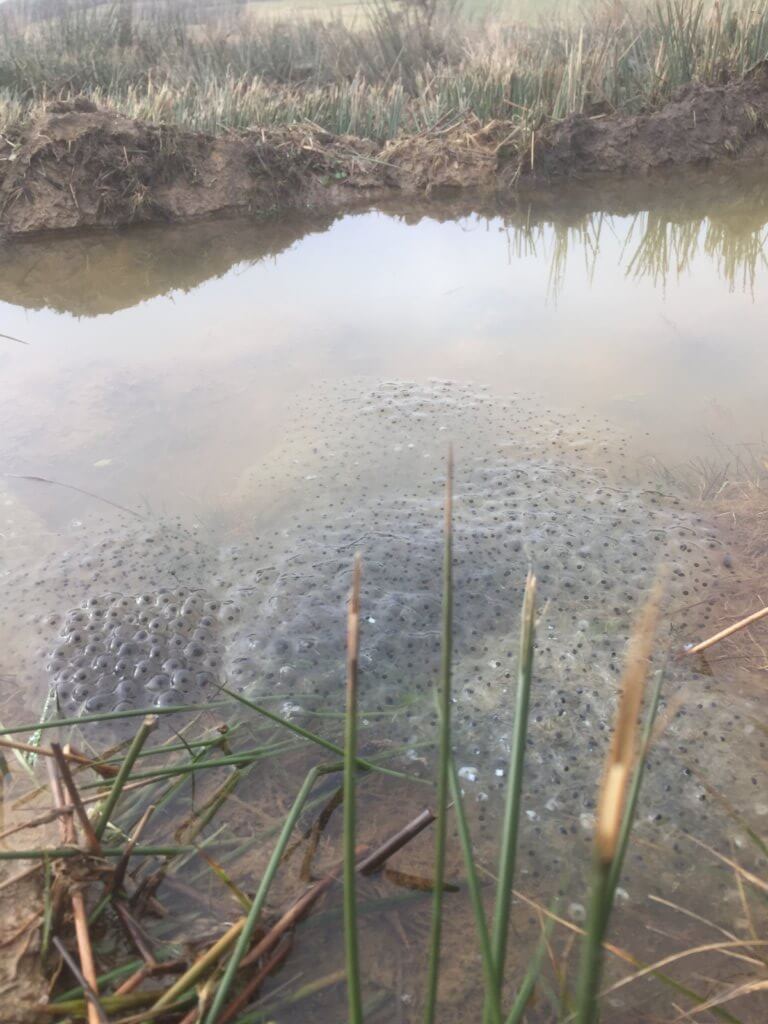 The second half of winter is perhaps the least productive time of year for foraging. Spells of cold weather have eliminated all but the hardiest of wild flowers. Most of the nuts and berries have been consumed or have rotted away. There are a few winter season fungi but many of those seem to fade from the scene as the winter progresses. While the first signs of spring are already apparent, the new growth from the early-flowering edible plants has yet to result in anything tangible.

Locally, one of the most obvious signs that spring is not too far away is a huge production of frog spawn. From mid-January the clumps of black-dotted jelly start to appear, with more and more added as the weeks go by. It seems that almost any patch of water at least a few inches deep is a potential spawning site. Dozens of small rain-fed pools on the local moor now contain spawn and in the more intensively-manged pasture fields, gateways are a favoured site. Poaching by cattle and wheel ruts from machinery create depressions that readily hold water during the winter.

Strangely, the frogs themselves are not much in evidence, except for an occasional road casualty – presumably all the action happens overnight.

By March, the clumps of jelly have been replaced by living streams of writhing black tadpoles. Then, over the next few months, there is tadpole Armageddon. The losses are immense as temperatures rise and sites start to dry out. As farming activities increase in the spring, few of the field gateway sites remain viable even where water remains. Ironically, the same animals and vehicles that created these spawning opportunities now return to exact a terrible revenge.

No doubt there are further losses due to predation and sometimes, at this leanest time of year, even humans get tempted. The young Chris Packham was unable to resist trying them and Nick Baker mentions them in a chapter on taste in his recent book. Famously, the chair of the GWCT felt obliged to write to The Times in alarm that children might take up the habit and start to impact on frog populations. A basic understanding of ecology and the fact that they taste a bit like semolina would suggest that his fears are unfounded. 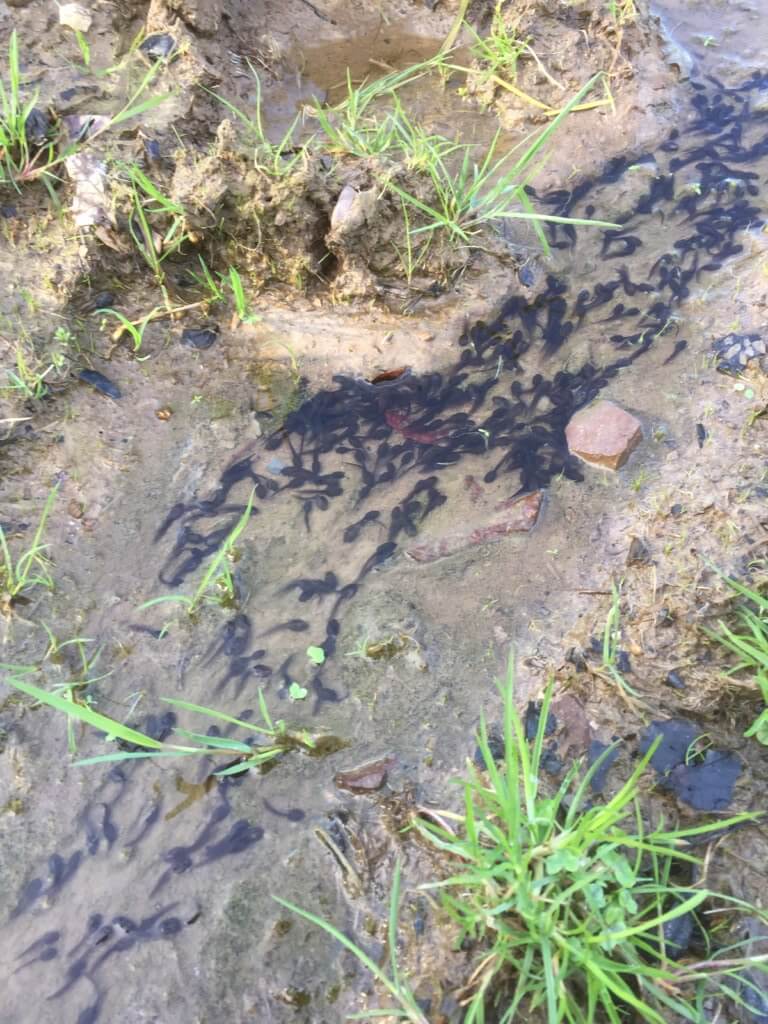